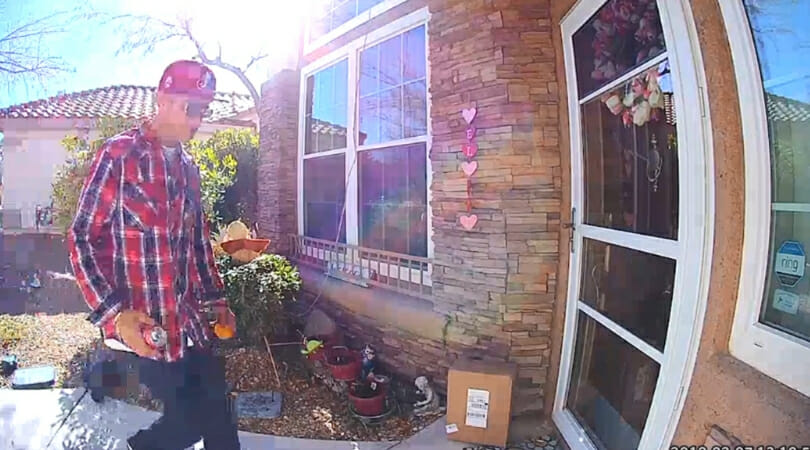 When it comes to holiday season, nothing quite riles me up like porch pirates. How low can you sink to think stealing things from other people’s porches is an okay thing to do?

Well, one family had been repeat victims of porch pirates who stole their holiday packages from their front door while they’d been away.

Angry dad Sharly Saleep, of Tampa, Florida, decided to fight back using the best ammunition he had …. baby poop.

When Sharly noticed that several of his family’s packages had gone missing, he decided to put his foot down and devise a plan.

He started by installing a security camera to catch the would-be thieves. Then, he collected some three-day old poopy diapers from his young daughter Nora’s arsenal, and disguised them as genuine packages outside his front door.

Needless to say, the thieves came back, thinking to claim another round of easy pickings. Instead, they made away with several boxes of poop, which we can only hope they opened as their car sped away around the corner.

Sharly also immediately phoned the Tampa Police Department to report the theft of his baby’s poop. I mean, it is the family’s, after all.

Just how low can some people go? It’s holiday season! Don’t take what isn’t yours, and certainly don’t go prowling around looking for packages that probably contain Christmas presents.

If you think Sharly was right to set up a little surprise, let us know in the comments box. Don’t be afraid to tell us how you’d deal with porch pirates as well!