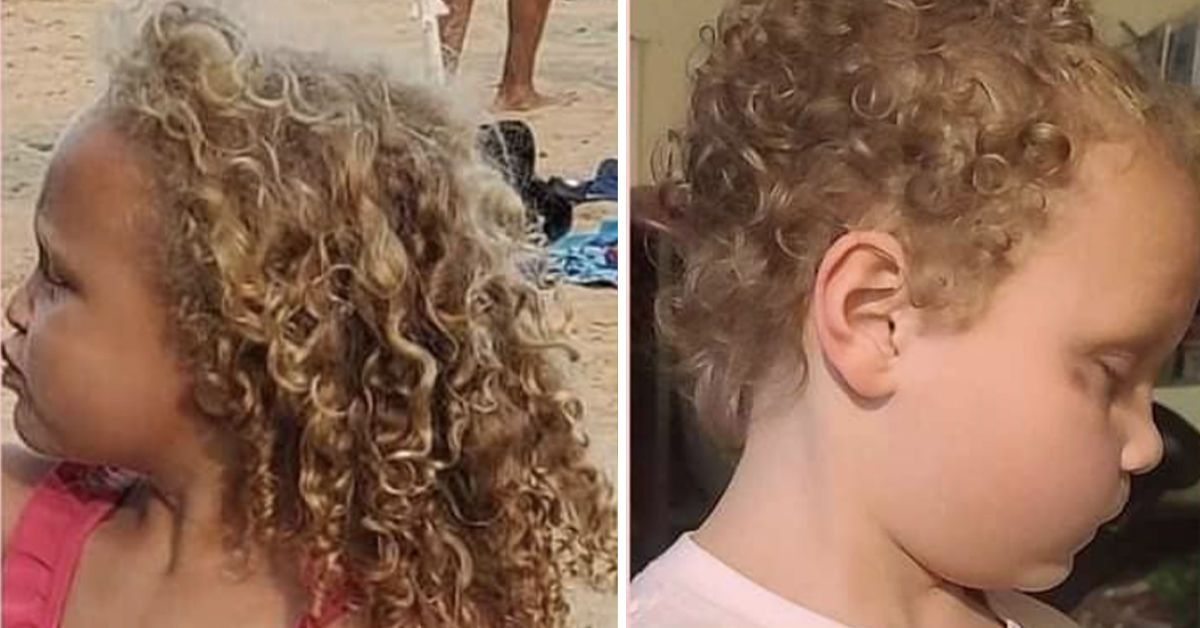 The father of the biracial seven-year-old whose teacher cut her hair without permission has moved his daughter to another school.

As per reports, Jimmy Hoffmeyer was left stunned when his little girl, Jurnee Hoffmeyer, arrived home from Ganiard Elementary School in Mt. Pleasant, Michigan, and told him that her hair had been cut with scissors by a classmate on the school bus.

Jimmy lodged a complaint with the school principal and took her to get her hair fixed at a local hairdressers. Only, what should have been the end of the story wasn’t … not even close.

Two days after Jurnee’s trip to the salon, she came home from school sporting yet another haircut – the hair on the other side of her head had reportedly been cut away.

Speaking to AP, Jimmy revealed that when he asked Jurnee what had happened, she had a truly shocking response.

“She was crying. She was afraid of getting in trouble for getting her hair cut,” he said.

“[…] I asked what happened and said ‘I thought I told you no child should ever cut your hair’. She said ‘but dad, it was the teacher.’ The teacher cut her hair to even it out.”

Jimmy went straight to the school principal, only to be told that the white library teacher who had given Jurnee her new haircut would not face any consequences more severe than a note in her work file.

In a statement released Tuesday, April 20, District Superintendent Jennifer Verleger confirmed Jimmy’s story, accepting that Jurnee’s hair had been cut without permission from her parents and without consultation with school administrators.

She said: “Regardless of their good intentions, these actions were unacceptable and show a lack of judgment on the part of our two employees. Both are being reviewed for further disciplinary actions in accordance without school policies and procedures.”

Jimmy has now moved his daughter to a new school following the incident.

My word! I simply can’t see how any teacher, or indeed any professional working with children, would think that this was remotely acceptable.

What would you do if your child came home from school having been given a haircut that you never agreed to? Let us know your thoughts in the comments box.