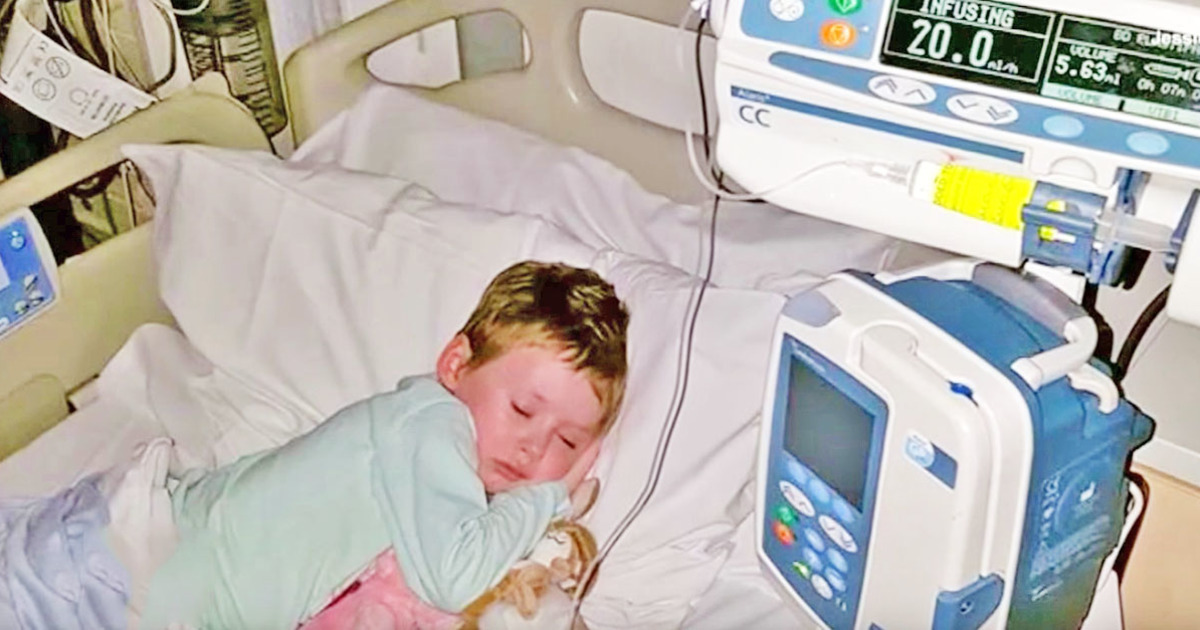 Photographer Andy Whelan wants to show the world what childhood cancer looks like. When his 4-year-old daughter, Jessica, was diagnosed with neuroblastoma, a type of cancer that affects young children, he witnessed how painful the disease can be. Although Jessica has had lots of treatments, her condition is rapidly deteriorating. And according to Andy, Jessica has lost so much weight that her tumors are bulging out of her body.

A couple weeks ago, Andy took a black and white picture of his daughter and posted it on Facebook. With tubes coming out of her nose, Jessica had tears running down her face and was obviously in pain.

“This is the hardest photograph I have ever made, it is in fact my own four-year-old daughter. A few days ago, she was given what is most likely only a few weeks to live after a battle against cancer that has been waged for over twelve months. This sadly, for us as a family, is not a sight that we see rarely,” Andy wrote on Facebook.

The Whelan family decided to stop Jessica’s treatment so that Jessica no longer has to suffer. She loves that her hair has grown out again, but she’s too young to understand what is happening to her.

If you want to help the Whelans create as many memories as possible during Jessica’s final days, consider contributing to their GoFundMe campaign.

Help scientists advance the fight against childhood cancer by donating to the children’s cancer charity of your choice. And share this father’s heartbreaking words to help raise awareness.