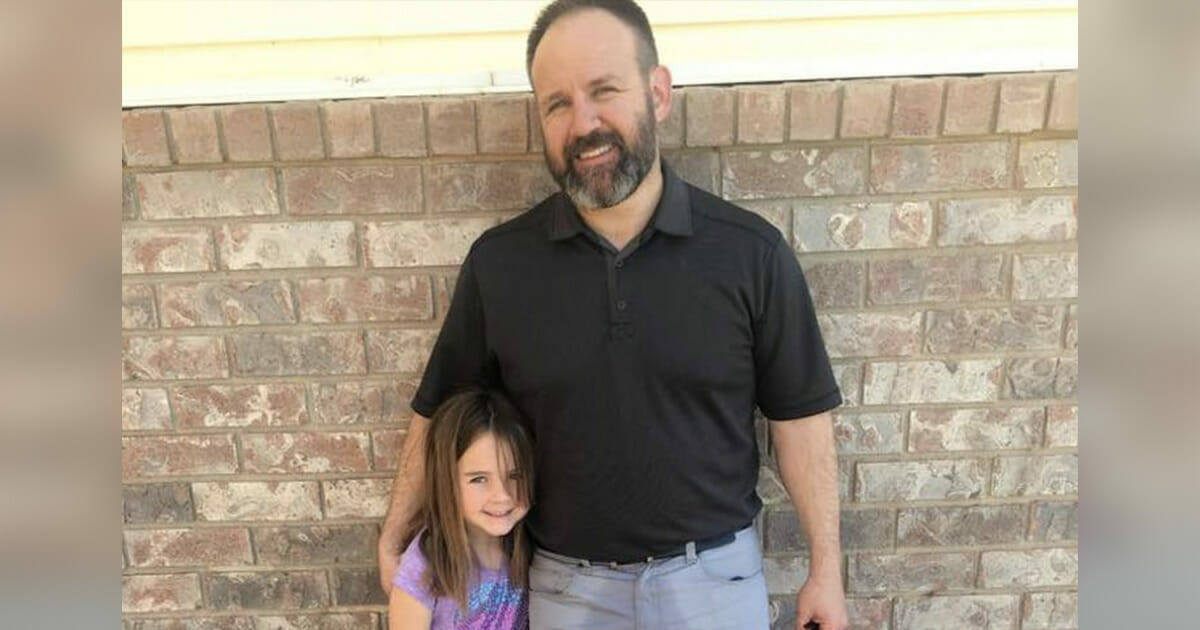 As a parent, you want to do everything for your child and more. There is no task too great, no cause too worthless, no mountain too large.

Why? Because you never want your little ones to feel scared, sad or alone.

When Ben Sowards, a father from Utah, USA, received a call from his 6-year-old daughter, he knew he had to rush to her school right away.

It turned out Valeria had suffered a minor accident. It was nothing dangerous, but Ben knew how embarrassed his little girl would be after wetting her pants.

Before heading to pick his daughter up, Ben conjured an idea. He figured there had to be something he could do to make the situation a little less distressing for his daughter, and so decided to make her laugh instead.

Ben ended up pouring water on his own pants before getting in the car and driving to the school, as per the Huffington Post.

When he arrived there, he asked Valerie if he could borrow her school bag as he needed to ‘hide’ something.

Valerie couldn’t understand what her dad was up to, but then she saw the huge wet stain on his crotch.

As if nothing happened

As soon as Valeria saw that her dad was in the ‘same’ situation, things were okay.

“Honestly, I knew she was mortified, but I thought if I could make her laugh everything would be fine,” Sowards said.

“She was totally exasperated. But, once she saw my pants, I got that look from her where I knew everything was OK. All dads know what look I’m talking about. And we just strolled out of the school like nothing was happening.”

All Ben had to do was drive to school to pick his daughter up. He went that extra mile, though, because he didn’t want her to feel embarrassed. What a fantastic dad!

When your husband goes to pick up your kindergartener at school who had an accident. #dadwin #everyoneisdoingit #itsbettertolaugh

There are plenty of amazing dads in the world, but there are few who think outside the box like Ben does.

Feel free to share this story on Facebook to pay tribute to Ben Soward for his incredible initiative.