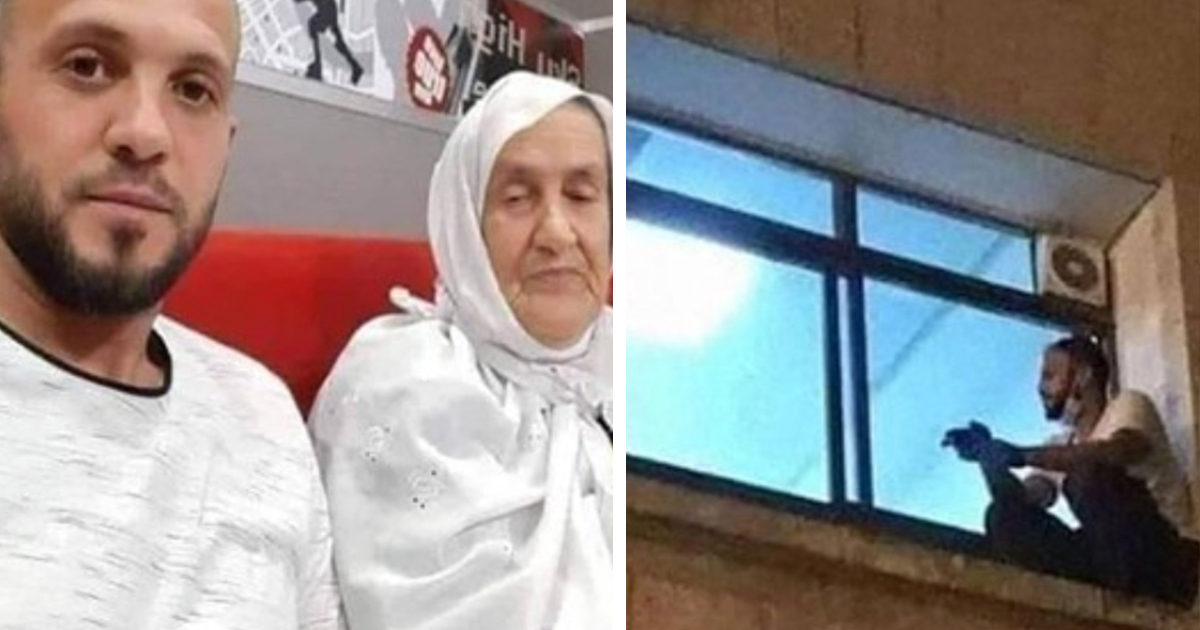 A heartbreaking image showing a son who climbed up a hospital wall so he could be close to his dying mother is going viral.

Reports state that 73-year-old Rasmi Suwaiti died in hospital on July 16 after being placed in intensive care at Hebron State Hospital. She was battling both COVID-19 and leukemia.

Yet Rasmi was able to see her son, Jihad Al-Suwaiti, one last time, after he scaled the hospital’s wall to sit on the window ledge of his mother’s room.

A picture of Jihad sitting on the ledge was shared by human rights activist and United Nations rep Mohamad Safa. He accompanied the image with the caption: “The son of a Palestinian woman who was infected with COVID-19 climbed up to her hospital room to sit and see his mother every night until she passed away.”

The combined picture of Jihad and an illustrator’s rendition has garnered more than 205,000 likes and 76,000 retweets after being posted to Twitter on July 18.

Jihad spoke to The Arabic Post, stating: “At 8pm I went out… to bring her things, then my nurse brother called me to tell me that my mother became very tired. When I tried to enter her room; to be next to her at the last moments, the door of the department was closed, so I climbed up to the window of her room, and I watched her sorely from behind the outer glass until she breathed her last.

“I sat helplessly behind the outside window of the intensive care room… I felt the utmost inability to do anything to save her, then she died and left me.”

Jihad and his two brothers buried their mother in Beit Awwa, Palestine, while Jihad wrote a letter to the government asking for greater action and clarification on public awareness regarding COVID-19.

Such a sad image, and likely one that will remain in the memory for a long time yet.

Share this article to send thoughts and prayers to all the victims of coronavirus the world over.