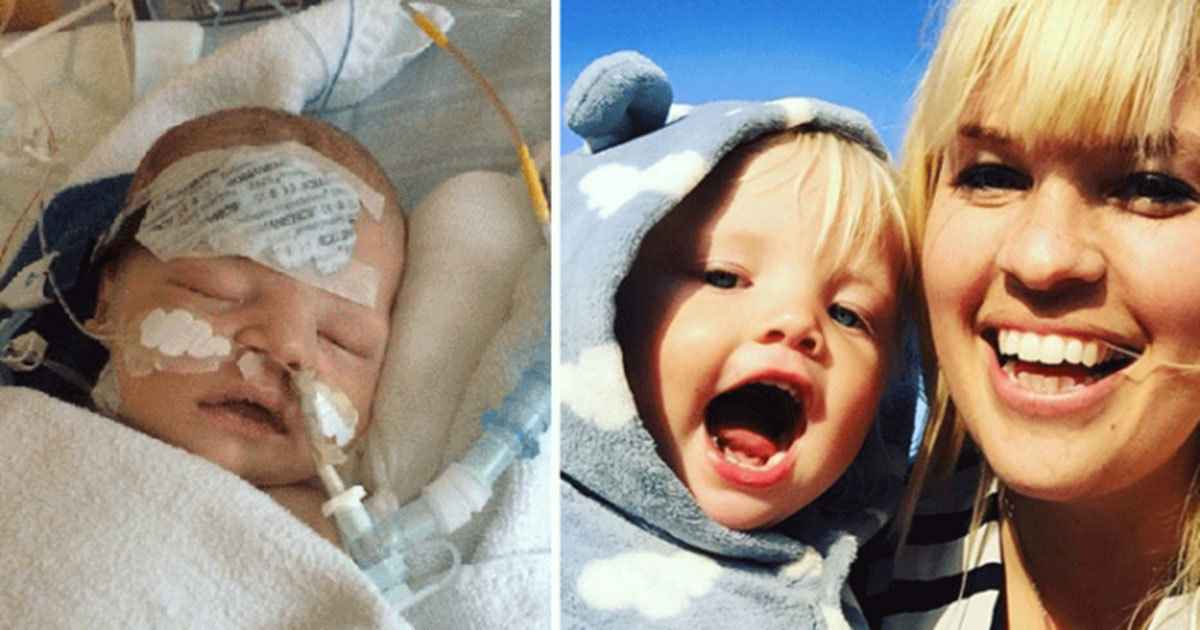 A mother who was repeatedly told by doctors that her infant son just had a cold saved her son’s life after she refused to ignore her gut instincts.

Jennie Sandberg was adamant that her son Frank was seriously ill – again, and again, she took him to the doctors for an examination, and eventually they discovered what was really wrong.

Ultimately, her gut feeling and persistence saved his life.

Frank was only ten days old when Jennie took him to the children’s cardiologist at South Hospital in Stockholm, Sweden, to have his heart examined. It was their fourth visit to the doctor, and so far the doctors had injected him, controlled his breathing and heart function, making numerous checks in the process.

“But every time we the same answer: he just has a cold, come back if it gets worse. It’s just the news we want to hear – that there is no danger. But my gut instinct screamed something completely different,” Jennie wrote in an article in Swedish site MåBra.

But this time, the doctor did not say that it was just a cold. This time, he looked Jennie seriously in the eye and said he knew what was wrong with Frank.

“Time and my thoughts stopped. I had time to feel relief that they finally made a diagnosis. The shock made me take notice of everything, using all my senses. I missed nothing, not even the smell from the pens as the young doctor used the whiteboard as he figured out the dosage of the lifesaving medications that must be taken.”

Frank had a severe narrowing of the aorta, a coarctation of the aorta, and needed surgery to survive. Suddenly the room was full of doctors. Jennie heard the call for specialists in the hospital to come in too.

Just minutes before, the doctor had dismissed her son’s symptoms as a cold – but now he suddenly had to rush Frank into the emergency room at Astrid Lindgren Children’s Hospital for intensive care.

Jennie called her husband Peter and told him what had happened. It was the beginning of a nightmare for the parents who now had to watch their son as he hovered between life and death.

“The hours passed, and we got no answer. Has he landed? Is he alive? My body began to react to the fear, grief, and shock. I started shaking uncontrollably. Peter comforted me, trying to give me the little strength he had left. But it didn’t work. I broke down and couldn’t even cry, just shake. And pray. I prayed to God. I prayed for Frank. “

In the end, they made contact with the doctors in Lund and were told that Frank was alive and that the trip had gone well. Jennie started to feel a little hope.

A few days later, Frank underwent surgery. After the surgery, a physician named Torsten called Jennie to let her know the results.

He said that the surgery went well. He also told her Frank had an extremely severe narrowing of the aorta, and would never have survived without surgery. It was great that Jennie sought treatment in time.

Frank was alive, but it took a while before Jennie really dared to believe that Frank would survive. Only after re-inspection could she relax. On Valentine’s Day, fittingly enough, Frank was baptized in front of 100 guests. His middle name is Torsten, after the doctor who saved his life.

Today, Frank is 2-years-old and doing well. But Jennie often thinks about what would have happened if she had not nagged doctors when Frank got sick.

If she had not trusted her gut.

I am so glad that Jennie did not give up and refused to believe the doctors when they said that herson had a cold. A mother always knows best!