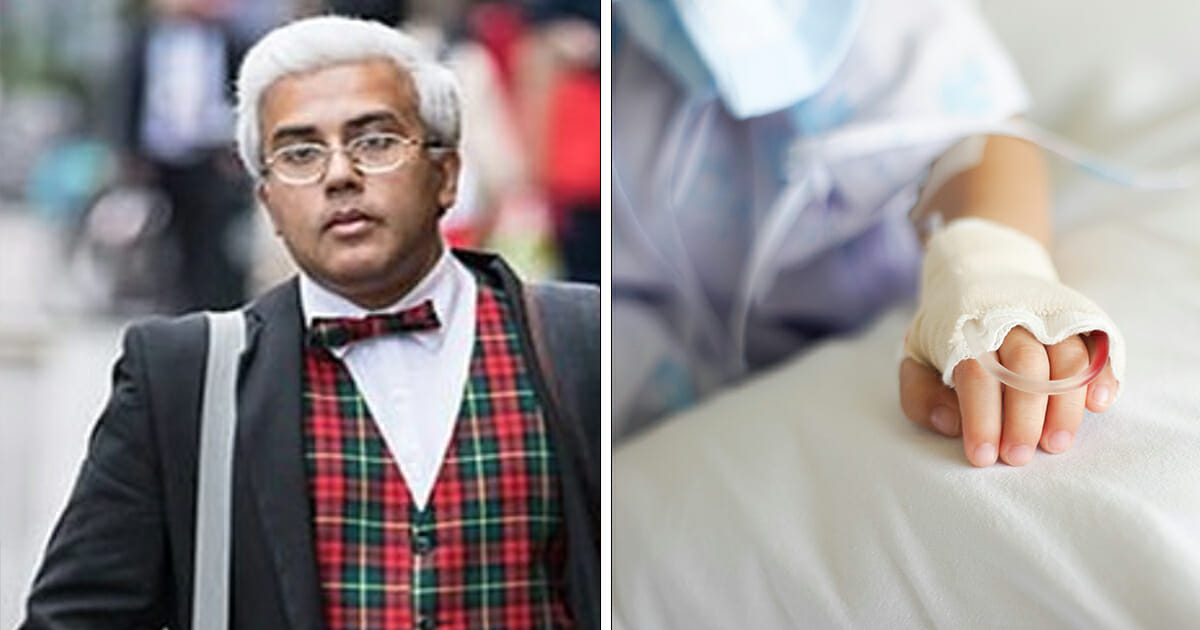 For anyone who has ever lived through cancer, or indeed watched a loved one go through the battle it entails, the disease is no joke.

It’s a serious blight on our species, and one that claims the lives of so many good people every year.

And so the idea that a doctor would intentionally falsely diagnose someone just to make money is absolutely appalling. Even more so when that the victim is a child.

Well, according to reports, a paediatrician is now facing being struck off after allegedly falsely diagnosing three child patients with cancer.

Dr Mina Chowdhury, who worked in the capacity of director of a private firm in Glasgow, Scotland, had been under financial pressure when he supposedly scared parents into private treatment for their children.

The doctor is alleged to have told one panic-stricken mom that her daughter had stomach cancer that could spread if it wasn’t treated privately. He is said to have acted similarly with two other children, going on to recommend scans and tests linked to his struggling firm, Meras Healthcare.

The Mail Online say the Medical Practitioners Tribunal Service (MPTS) are to make a decision on his ability to practise medicine. If it is found “impaired”, he faces being struck off.

Amongst the allegations, it’s said Dr Chowdhury informed parents they would face long waiting lists for their children if they sought help through the National Health Service (where their treatment would have been free) and also claimed certain equipment wasn’t available in Scotland.

Tribunal chair James Newton-Price, said: “The Tribunal has made findings that Dr Chowdhury failed to provide good clinical care to Patients A, B and C, including findings of fact that he diagnosed cancerous conditions without proper investigation and for which he recommended unnecessary and expensive testing in London.

“He tried to persuade Parents A, B and C to pay for unnecessary tests in relation to unwarranted cancerous diagnoses.

“The Tribunal is driven to the inescapable conclusion that Dr Chowdhury acted as it has found in order to increase the income or reduce the losses of his business and that all his actions were therefore financially motivated.”

When the mom then took her child to see accident and emergency medics, however, they could find no signs of the cancer Dr. Chowdhury had diagnosed.

I can’t even begin to imagine the rollercoaster of emotions these poor parents and children must have gone through.

If Dr. Chowdhury is indeed guilty, I hope he is handed the necessary justice.

Share this article if you stand in the fight against cancer!