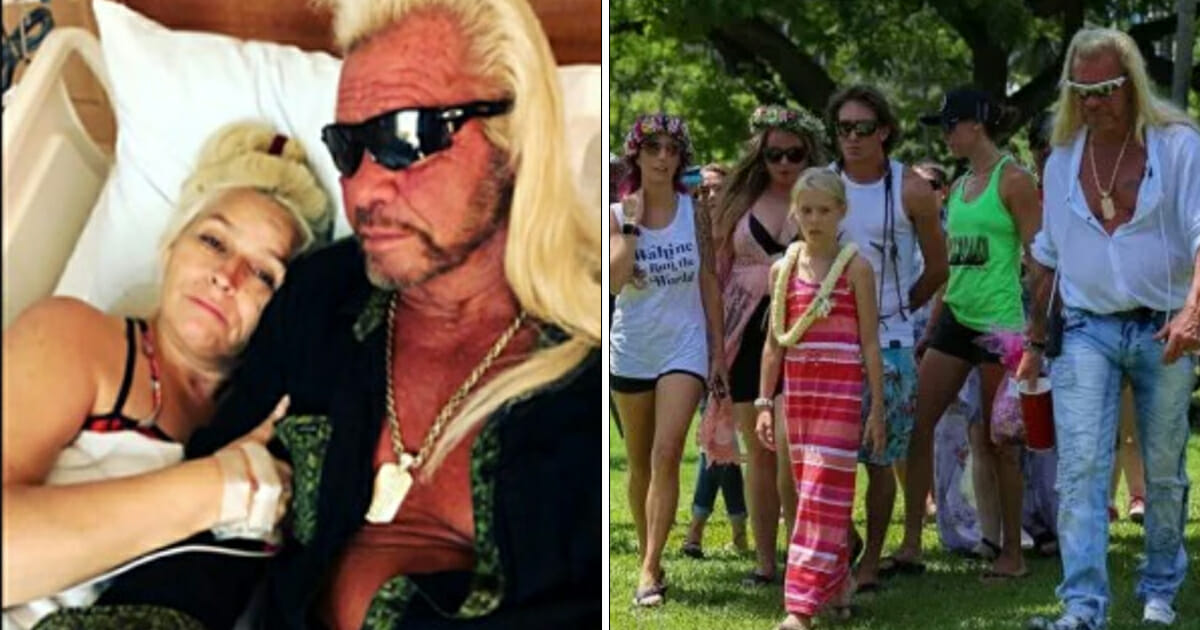 Beth Chapman’s ashes have been scattered in Hawaii’s Waikiki waters less than a week after her death, according to reports.

Chapman passed away on the 26 June, mere days after being placed into a medically induced coma. The 51-year-old had been battling Stage 4 cancer, and her death sparked mourning around the world.

As per sources, Chapman’s ashes were scattered in a traditional ceremony, with husband Duane ‘Dog the Bounty Hunter’ Chapman and his children having stepped away from a public memorial service that took place on Saturday in order to say their own goodbyes.

Metro say that Dog was missing from the “paddle-out” ceremony at Fort DeRussy Beach this weekend, and instead – according at least to TMZ – took the time to board a private boat with his children in order to scatter some of Beth’s ashes.

Andrew Brettler, the Chapman family’s lawyer, confirmed that Beth had been give a true Hawaiian-style send off on Saturday, with guests at the public memorial service having been told to bring ocean-friendly loose flowers.

Meanwhile, a service to honor Beth’s memory is scheduled to take place in Aurora, Colorado on July 13, with it thought the rest of her ashes will be scattered there.

Rest in peace, Beth, you made the world a better place and you were taken too soon.

Share this article to help us pay tribute to Beth’s memory, as well as to send prayers to Duane in this most difficult time.