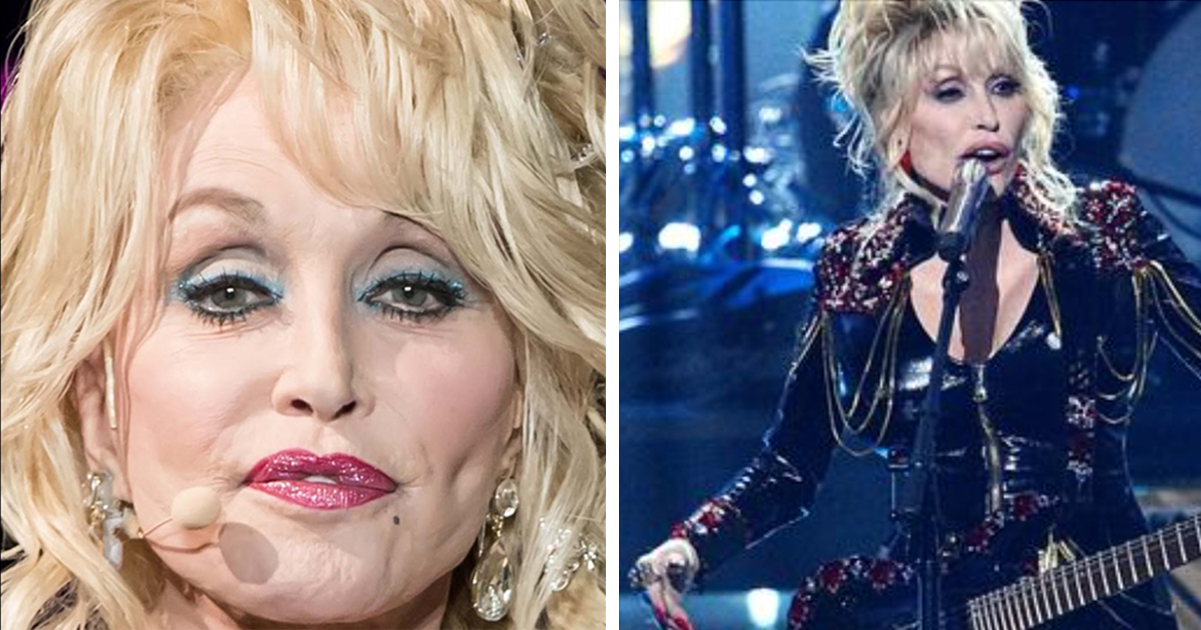 There are few superstars so popular, so beloved, so darn magnetizing as Dolly Parton.

The country music icon turns 77 today, and after many decades at the top, and countless unforgettable performances and albums, there’s very little left for her to accomplish …

Perhaps unsurprisingly, Dolly remains hungry for success and fresh challenges. As per Rolling Stone, she’s ready to now embrace her 2022 entry into the Rock and Roll Hall of Fame, and wants to honor it by way of delivering an album that some might consider to be outside of her wheelhouse.

Fans were delighted last year when it became apparent that Dolly Parton was in consideration for a place in the Rock and Roll Hall of Fame after her stellar career.

Yet, if sources are to be believed, the superstar herself was initially reluctant to be in the conversation for the honor. The Jolene singer was said to be of the opinion that since her career consists mostly of country music, others were perhaps more suited to finding their way into the Rock and Roll Hall of Fame.

In the end, however, the people spoke, and voters decided that Dolly did belong there. In November, she was inducted into the Hall of Fame, and immediately set about trying to ensure that her selection was justified.

You may know by now that Dolly is in the process of putting together a rock album – and yes, it’s going to be jam-packed with a who’s who of rock n’ roll icons.

On Tuesday, Dolly revealed a little more about just who will be featuring on her new album, telling The View that she’d already recruited legends like Stevie Nicks, Paul McCartney, Steve Perry, Steven Tyler, and John Fogerty.

Reflecting on her induction into the Rock and Roll Hall of Fame, she said:

“I just didn’t feel like I had earned it but they explained to me why I was in it and all that so I said, ‘Well, if you insist on giving it to me, I’ll take it,’” she told the hosts of The View.

“But if I’m gonna be in the Rock and Roll Hall of Fame, I’m gonna have to do something to earn it.”

As yet, there’s no confirmed release date for Dolly’s album, but it’s said it will include covers of Led Zeppelin’s “Stairway to Heaven”, as well as the Rolling Stones “Satisfaction”.

Dolly also joked that she’s trying to get Mick Jagger onboard:

“I’m doing my best to try to get him on, but I did his song anyway.”

It’s already public knowledge that Cher is going to appear in some form on the album, though Dolly hasn’t yet decided what song she will make an appearance on.

“That’s gonna be a big thrill,” she said.

In any case, news of her new album – irrespective of how experimental it may seem – will be well received by fans all over the world.

Back in November, Dolly dealt them a blow after revealing in an interview with Pollstar that she would no longer be touring.

”I’ll do special shows here and there, now and then,” she said.

“Maybe do a long weekend of shows, or just a few shows at a festival. But I have no intention of going on a full-blown tour anymore.”

As long as Dolly Parton is happy and making music, I’m content. I think I speak for a lot of people when I say she’s one of the greatest musical to ever grace a stage.

Share this article if you’re looking forward to listening to Dolly’s new album. Meanwhile, leave a comment in the box on Facebook to wish this incredible woman a very happy birthday!