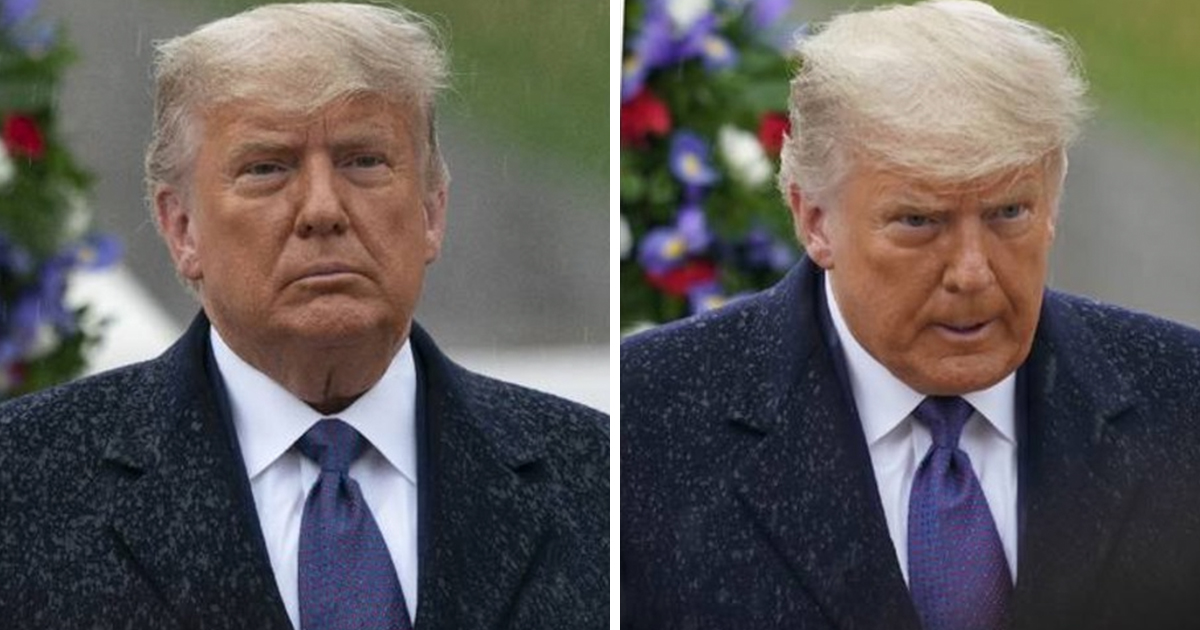 President Donald Trump didn’t say a single word as he made his first appearance after losing the US election at Veterans Day event yesterday.

As per reports, Trump was present at Arlington National Cemetery in Virginia, but elected to remain uncharacteristically silent throughout proceedings.

His Democratic rival and president-elect Joe Biden, meanwhile, paid his respects to America’s war veterans at the Korean War Memorial Park in Philadelphia.

At the time of writing, Donald Trump’s campaign team are still crying foul play over losing the election.

As recently as two days ago, Trump himself tweeted to say that his side would still win, whilst he continues to push a narrative focused around claims that his rivals committed mail ballot fraud and cheated their way to victory.

His complete silence at the aforesaid Veterans Day ceremony is unusual, though perhaps not too surprising. Trump has relished the chance to voice opinions at every turn over the past few years, but he appears rocked by the fact that he won’t be spending four more years in the White House.

President-elect Biden was quick to label Trump’s refusal to accept the election results as “an embarrassment”. The Trump administration has so far made it clear that they are refusing to partake in a peaceful transition after launching a number of legal challenges.

Despite their grievances though, officials from every U.S. state have confirmed that they found absolutely no evidence of voter fraud take place.

Steve Simon, a Democrat serving as Minnesota’s secretary of state, told the publication: “I don’t know of a single case where someone argued that a vote counted when it shouldn’t have or didn’t count when it should. There was no fraud.”

Republican Frank LaRose, serving as Ohio’s secretary of state, meanwhile said: “There’s a great human capacity for inventing things that aren’t true about elections. The conspiracy theories and rumours and all those things run rampant. For some reason, elections breed that type of mythology.”

Donald Trump’s silence when there are mics present sure seems uncharacteristic to me! What do you think? Let us know in the comments box.

Share this article if you hope that America can now move forward as one and put aside disunity and chaos.