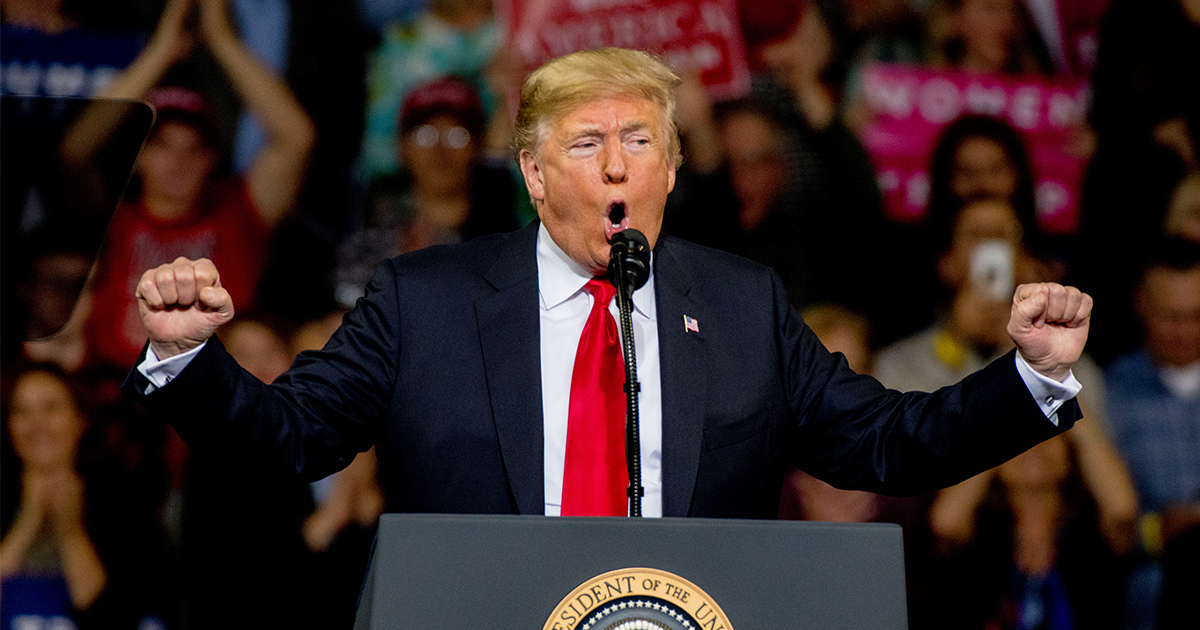 Donald Trump might no longer be the President of the United States, but that by no means implies that he’s not capable of peaking the interests of the public at large.

Yesterday, Sunday, February 28, Trump gave his first speech since leaving the White House, and gave his supporters plenty to be optimistic about where the chances of him running for president again are concerned.

Speaking at the Conservative Political Action Conference (CPAC) in Florida, Trump dropped a huge hint that he could well run for presidency in 2024, though admitted he wasn’t completely decided.

Of his political future, Trump said: “Who knows. I may decide to beat them for a third time.” He later added that he ‘may’ decide to run.

The former POTUS then promised his followers: “It is far from over.”

Trump added: “We will be victorious and America will be stronger and greater than ever before.”

Not only that, but the 74-year-old also used the conference to clear up rumours suggesting that he may create his own political party to challenge the Democrats and the Republicans.

“I am not starting a new party. That was fake news,” Trump said of the speculation.

“We’re not starting new parties. You know, they kept saying, ‘He’s going to start a brand new party.’ We have the Republican Party. It’s going to unite and be stronger than ever before.”

Scoffing at the idea, Trump continued: “Wouldn’t that be brilliant – let’s start a new party and let’s divide our vote, so that you can never win. No, we’re not interested in that. We have tremendous [polling figures].”

Trump also took the opportunity to reignite his rivalry with Joe Biden, stating that his successor’s first month as president had been the worst in modern history.

Biden’s initial period in the White House has been marked with a number of executive orders intended to make big changes to – or in some cases remove altogether – policies put in place by Trump.

For his part, Trump is clearly less than happy. He told his gathered followers:

“We all knew that the Biden Administration was going to be bad—but none of us imagined just how bad they would be, and how far left they would go.”

What do you think to Donald Trump’s speech? Are you excited over the possibility of him running for president a second time?

Let us know your thoughts in the comments box on Facebook. Meanwhile, if you count yourself a Trump supporter, share this article!