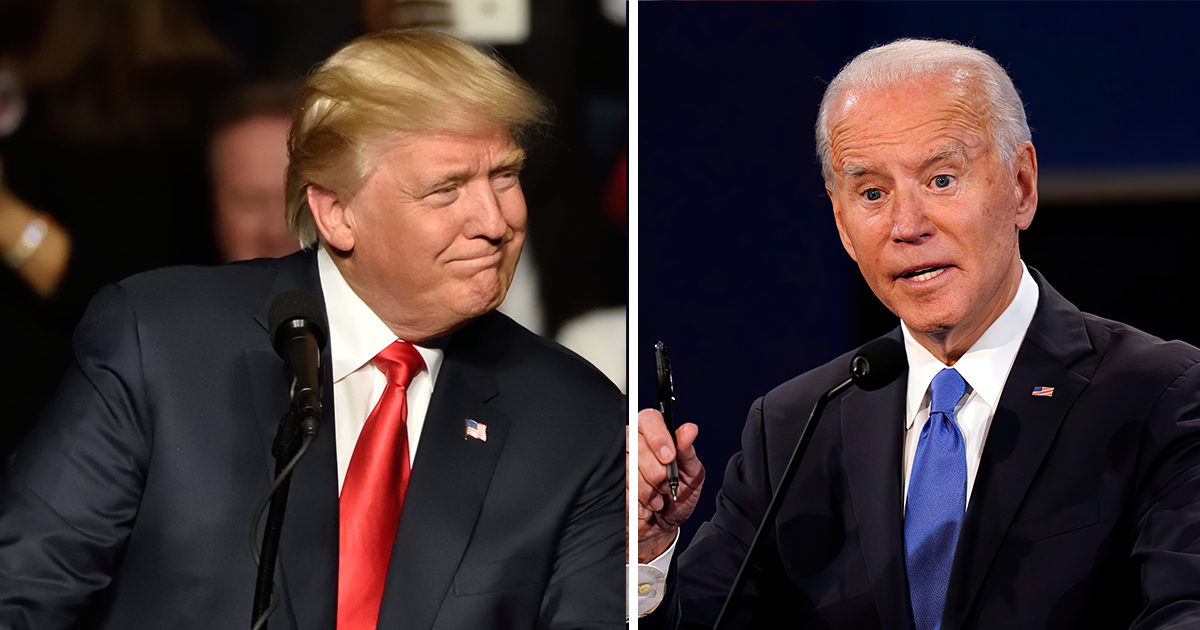 Donald Trump may be living his life without being able to say he is arguably the most powerful man in the world any longer, but make no mistake: there is still no love lost between he and Joe Biden.

The former POTUS and his successor have been at loggerheads pretty much since Biden announced his intentions to run for president, and the animosity between them was clear for all to see during the closing weeks of the 2020 election campaign.

The dust may now have settled for some – Trump is living in his Mar-a-Lago resort in Florida and Biden the White House – but it would seem Trump is not planning on getting friendly anytime soon.

In fact, the 74-year-old described Biden’s initial time as President of the United States as “the most disastrous first month of any president in modern history.”

Speaking during his first speech since stepping down as president, at the Conservative Political Action Conference (CPAC) in Orlando, Florida, on Sunday, Trump went on:

“We all knew that the Biden Administration was going to be bad—but none of us imagined just how bad they would be, and how far left they would go.”

Trump himself has been uncharacterstically quiet since leaving the White House on January 20, but much of that can be put down to the fact that his social media channels have been blocked.

Not only that, but until recently the former president had the looming weight of a record second impeachment trial hanging over his head like a black cloud.

Trump was charged with “incitement to insurrection” over his perceived role in the riots that took place at the Capitol Building on January 6, only to be let off the hook last month.

With that out of the way, and speculation mounting as to the possibility of him running for president again in 2024, Trump has returned to the war path.

He said: “Biden’s radical immigration policies aren’t just illegal — they are immoral, they are heartless, and they are a betrayal of our nation’s core values.”

It should be noted that Biden has been extremely active in reversing many of the decisions made by Trump while he was in office. In a little over a month after being sworn in, the 78-year-old has put pen to paper on 57 executive actions, including 35 executive orders, that target his predecessor’s conservative agenda.

Some of those actions include the U.S. rejoining the World Health Organization after Trump had left it, becoming a part of the Paris Agreement to tackle climate change once more, and reversing Trump’s controversial border control policies.

Concluding his speech at the weekend, Trump said:

“The future of the Republican Party is as a party that defends the social, economic, and cultural interests and values of working American families–of every race, every color, and every creed. Republicans believe that the needs of everyday citizens must come first. …

We believe in standing up to China, shutting down outsourcing, bringing back our factories and supply chains, and ensuring that America, not China, dominates the future. Companies that leave America to create jobs in China, and other countries that have ripped us off for years, should not be rewarded, they should be tariffed, fined, and punished. …

The time has come to break up the Big Tech monopolies. …

The Republican Party is united. The only division is between a handful of Washington DC establishment political hacks, and everybody else all over the country. …

The greater the challenge, and the tougher the task, the more determined we must be to pull through and win!“

Needless to say, there is genuine interest as to what Trump’s future moves will be in the political arena. It should go without saying that he has retained support from the Republican party, and he will most certainly pose a threat to the Democrats in 2024 should he choose to run again.

What do you think about Trump’s speech? Was it fair? Or do you believe Biden is doing a good job?

Moreover, what do you think Trump will/should do in the future? Would you like to see him running for president again?

Let us know your thoughts and feelings in the comments box on Facebook. And don’t forget to share this article to keep the debate going.