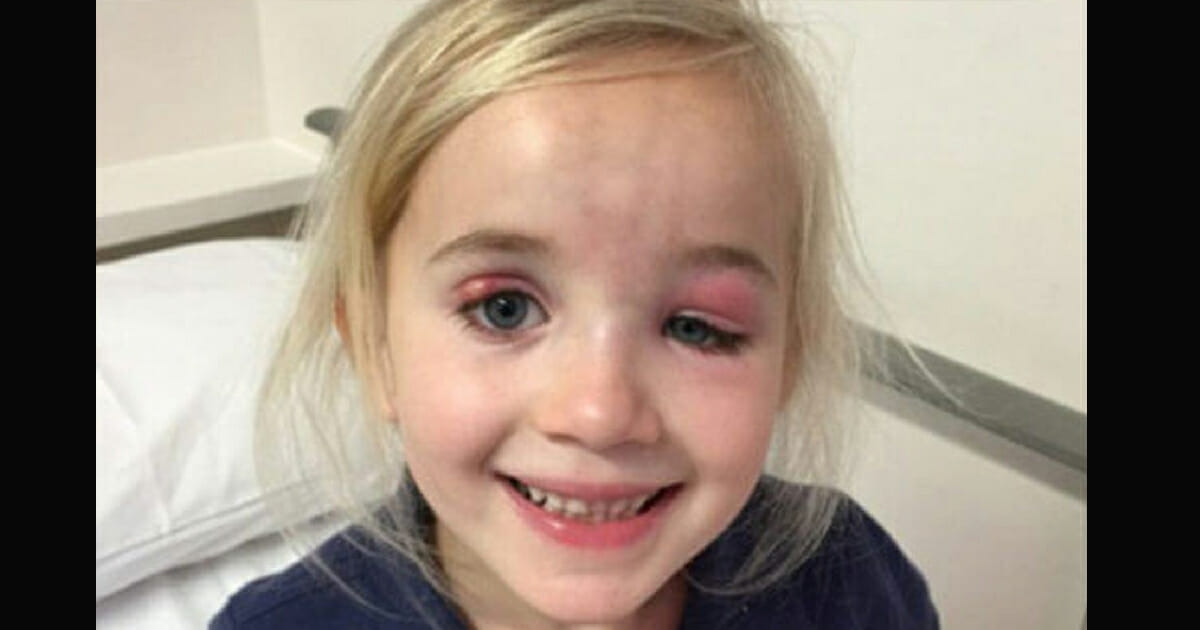 If you’ve ever raised a child, you’ll probably be aware just how common eye infections are. I can’t tell you how many times I had conjunctivitis as a youngster, and I’ve administered more eye drops to my own children than I’ve cooked hot meals.

So I can understand why Paul and Gaylene Robson weren’t overly concerned when they thought their daughter, Stella, had some sort of infection in her eye. Their doctor reassured them, too; he thought the same.

The doctor prescribed Paul and Gaylene antibiotics and creams to apply to Stella’s face. In a few days, he said, the issue would be gone.

Only, it wasn’t gone. Moreover, it was getting worse as the days went by. Before long her left eyelid turned bright red and became swollen.

Gaylene decided it was best to get a second opinion on the matter, and so took her daughter to an ophthalmologist. After an examination, they sent her for an emergency CT scan at the Royal Children’s Hospital in Melbourne …

The subsequent scan she had at the hospital revealed the truth was far worse than anyone could have possibly imagined. Stella had a tumor growing between her eye and her brain, and was diagnosed with Langerhans cell histiocytosis, a rare form of bone cancer.

“The tumor was growing into the orbital bone, the bone that surrounds the eye… it was roughly 1.5 cm and shaped like a bell,” Gaylene explained.

Stella immediately underwent surgery to remove the tumor, with surgeons able to successfully remove the growth without damage to her tissue or brain.

It was on Christmas eve that Stella and her family were referred to the oncology department. She underwent 12 weeks of chemotherapy to ensure any trace of the cancer was gone. Thankfully it was.

“It was the most nerve-wrecking time of my life,” said dad Paul. “The word cancer, tumor, didn’t mean anything to [Stella], to an adult it’s a conversation stopper, but she just takes it in her stride.”

After completing her 12 week cycle of chemotherapy, Stella continued to have “maintenance chemo” treatments for a year before being cleared completely.

This young girl had gone to the GP with a puffy eye, which was soon followed by headaches. Little did she know that it was caused by something only the superstars at the RCH could fix >>

Luckily, she’s now off the antibiotics, and the family have their bright young girl back. What’s more, there’s no visible difference to her eye at all!

We’re so happy this story had a happy ending, and we’d urge all parents to seek medical help if their children are sick or injured in any way.

Share this article to help spread the story round!