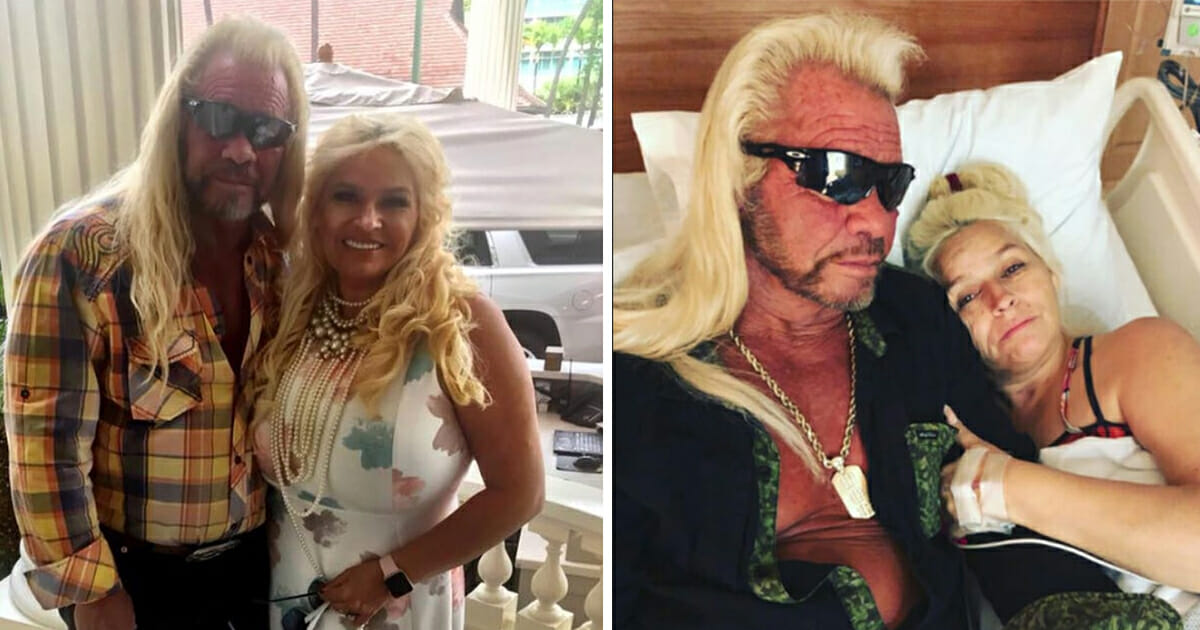 Duane ‘Dog the Bounty Hunter’ Chapman has shared a grim update on his wife’s cancer battle, confirming that the disease has indeed spread.

Only last week did we share a touching story of how Chapman had asked fans the world over to pray for his wife Beth, but according to reports she’s now been told her cancer is ‘incurable’.

Beth was first diagnosed with throat cancer back in September 2017, but underwent a 12-hour long procedure that removed the tumor blocking her breathing. Sadly, though, after a year in remission the cancer has returned, and doctors have been forced to operate once again …

Beth’s husband, Duane, says that a biopsy was performed to find out if the disease had metastasised.

As per reports, the tests results showed that it indeed has, with it now in Beth’s lungs too.

In an interview with inTouch Weekly, Duane opened up on his emotions, stating: “I cry all the time. I think I’m in a bad dream and I need to wake up. People keep saying to me, ‘Dog, are you OK?’ But I’m not the one who’s sick.”

Beth now faces another four to eight rounds of chemotherapy, with the aim to slow the cancer that has been dubbed ‘incurable’.

Dog, meanwhile, is doing his best to stay positive. He’s again asked for people to lend their prayers and support to his wife, who is fighting “every step of the way”.

We pray for Beth

A post shared by Team Dog The Bounty Hunter (@dogthebountyhunterteam) on Dec 2, 2018 at 3:56pm PST

Our thoughts and love go out to the Chapman family at this most difficult of times.

If you want to send your prayers, share this article to show your support.