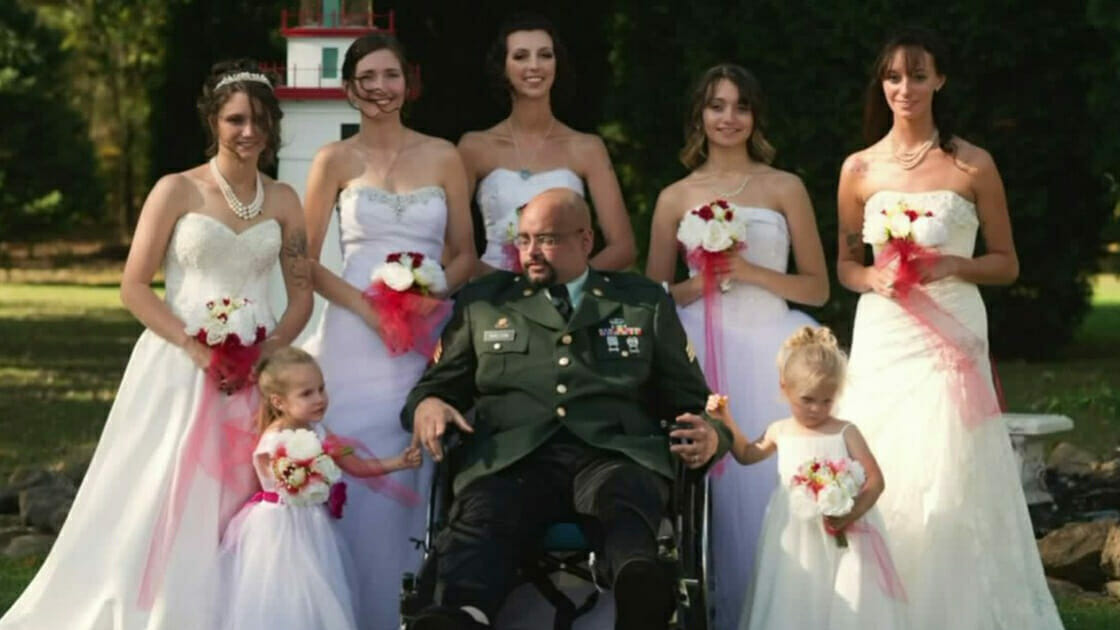 We all have dreams and goals in our lives; things we want to fulfil and experiences we wish to have.

These often change when we have children. It’s common that they become the centre-point of our world and the core of all that we do from there on out.

This was certainly the case for William “Willie” Shelton, who harbored a dream of walking all seven of his daughter’s down the aisle at their weddings.

Sadly, the U.S. Army veteran was diagnosed with Glioblastoma Multiform (GBM) in 2017, just one day after going to the doctors to tell them he was experiencing severe headaches.

Given weeks to live, and with no chance of beating the brain cancer, Willie knew he was never going to achieve his wish of taking all of his beloved daughter’s to marry their men.

His family decided they had to do something, so they devised a plan which would ensure he could achieve his heart’s desire, despite having just weeks to live.

One of his daughters, Emily Flinn, had already gotten married at a courthouse, only there had been no opportunity to walk her down the aisle at the informal ceremony. As a result, Willie’s wife Cheryl informed him she was going to arrange for Emily and her husband to renew their vows … in the couple’s backyard.

With last-minute help from LifeCare Hospice, David’s Bridal, Taylor Elchert Photography, a hair studio, and several other local businesses, all seven of Willie’s beautiful daughters were able to show up in wedding dresses and walk down the aisle separately with their father.

Cheryl told Fox 8 News Cleveland: “We had this idea we put together in three days. We got all the wedding gowns for the girls and hospice helped us out a great deal with some of the planning.”

“He looked a little confused, and then it was just great to see everybody,” said Flinn.

Not only did the whole thing mean the world to Willie, it was also an incredibly emotional day for his daughters, who perhaps hadn’t considered what a big thing they’d be missing out on.

“I always assumed that my dad would be there to walk me down the aisle and when the possibility was there that he wasn’t going to be able to — this was everything,” said one of his daughters, Lindsey Shelton.

Wife Cheryl said: “This was very touching for him and it was a dream that we could fulfill to the best or the closest we could possibly do.”

His girls may not have their father to walk them down the aisle in the future, but each of them has a special memory they can now take to the grave, and photos of them in a wedding dress with him standing proudly by their side.

See more on the story in the video below:

I don’t know about you, but this story certainly moved me to tears. You truly never know what you have until it’s gone.

It’s so sad that cancer has claimed yet another much-loved human being, but perhaps some small consolation can be found in the fact he was able to do this special thing before he passed.

Share this article if you think it was beautiful.