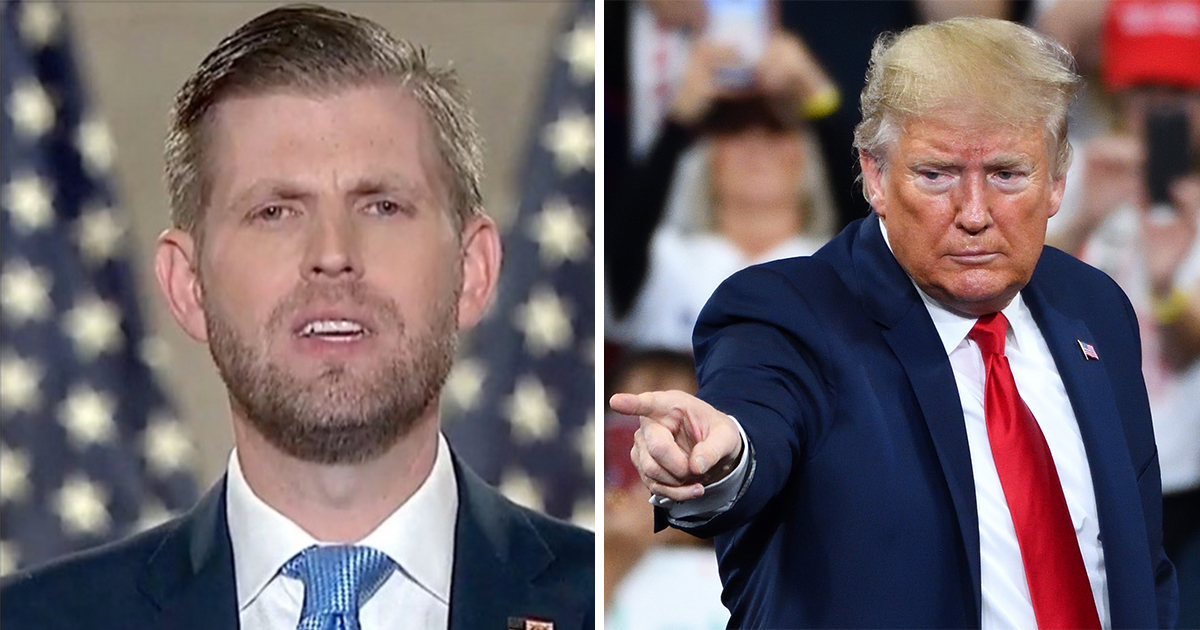 Donald Trump ruffled a whole load of feathers during the course of his four years in the White House, but for every one of his detractors, there are plenty of people still fighting his corner.

The former POTUS left his presidential role under a storm of controversy sharply exacerbated by the riots that took place on Capitol Hill on January 6.

As a result of that trouble, which, it could be argued, shook the ideals of American democracy to their very core, Trump was impeached for a second time, becoming the first president in history to take that badge of honor.

With his trial looming, talk has turned to what Donald Trump intends to do next. Early speculation had suggested that the formation of a new political party could be Trump’s segway back into politics, but those rumours appear less likely with each passing day.

Indeed, the Republican party seems to have recognized the harm that could be dealt to their own aspirations if Trump was to form a new party capable of pulling their votes away.

The vast majority of GOP reps voted not to even take Trump to trial over his “incitement to insurrection” charge, and though that trial will still go ahead, securing a conviction doesn’t look likely.

With that in mind, it may well be that Trump spends the coming months and years doing what made his family famous: building. Perhaps not towers, hotels and golf resorts – there will almost certainly be plenty of those too – but rather blocks, to elevate himself into a position where it’s viable for him to run for president again in 2024.

Make no mistake about it: Donald Trump does not like to lose, and his much-debated defeat at the hands of Joe Biden wasn’t a pill he swallowed eagerly.

With that in mind, let’s turn to the possibility of Trump once again launching a bid to flip the tables and succeed Biden after four years.

In the principle, that idea doesn’t just look possible, but probable. Though he’ll need plenty of help if that is his plan.

To that end, he’ll almost certainly have the assistance and support of a good many Republican politicians, but also the unwavering loyalty of his family.

Trump’s children played a vital role in his first campaign, and their duties then evolved into official positions within the White House while their father was president.

So, would they be willing to throw themselves into the election fire and wage war on the Democrats again?

Yes, if Eric Trump is to be believed.

Donald’s third child recently took part in an interview with Fox News, and described his dad as a “father to America”.

He also moved to promise that he would be “right by” Donald’s side if he decided to run for president again in four year’s time.

In the interview, Eric told Fox:

“What my father did is something that no political figure has ever done in American history. He changed this country and he changed it for the better.

“He taught people how to fight, he gave Americans the greatest civics lesson – and it’s exactly frankly what this country needed.

“He was really a father to America and I’m incredibly proud of him.

Eric then pointed out the support for his father – which admittedly remains higher than a lot of people would choose to believe – suggesting that it was sufficient to dub him the most beloved political figure in history.

“They tried to manufacture everything under the sun against my father, against all of us. They do it every single day. They continue to do it. Even when he’s a private citizen, they’re still trying to impeach him.

“They wanna tar and feather the man. They know he did a great job for this nation. They know that there’s never been a more beloved political figure in our country’s history.”

Naturally, that last line has become something of a talking point online. Sure, Trump has plenty of followers – the fact that the election was as close as it was after a record-breaking turnout proves that – but him being labeled the most loved political figure in U.S. history? Well, let’s call it a contentious issue.

As per the polls, it can unequivocally be stated that Trump isn’t the most loved. In fact, quite the opposite is statistically true.

Trump ended his one-term presidency with a 34% approval rating with some pollsters, while Gallup had him down as managing a lowly average of just 41% during his time in the White House.

Further, Trump also became the first president since before World War Two not to manage an average rating of over 50%.

Whatever your opinion on Donald Trump, the plain truth of the matter is that virtually everyone is waiting for his next step with baited breath.

Do you think that Trump will run for president again in 2024? Would he be a good candidate, or should someone else try their hand?

Let us know your thoughts on the former POTUS in the comments box on Facebook, and don’t forget to share this article on social media – we will always encourage healthy debate!