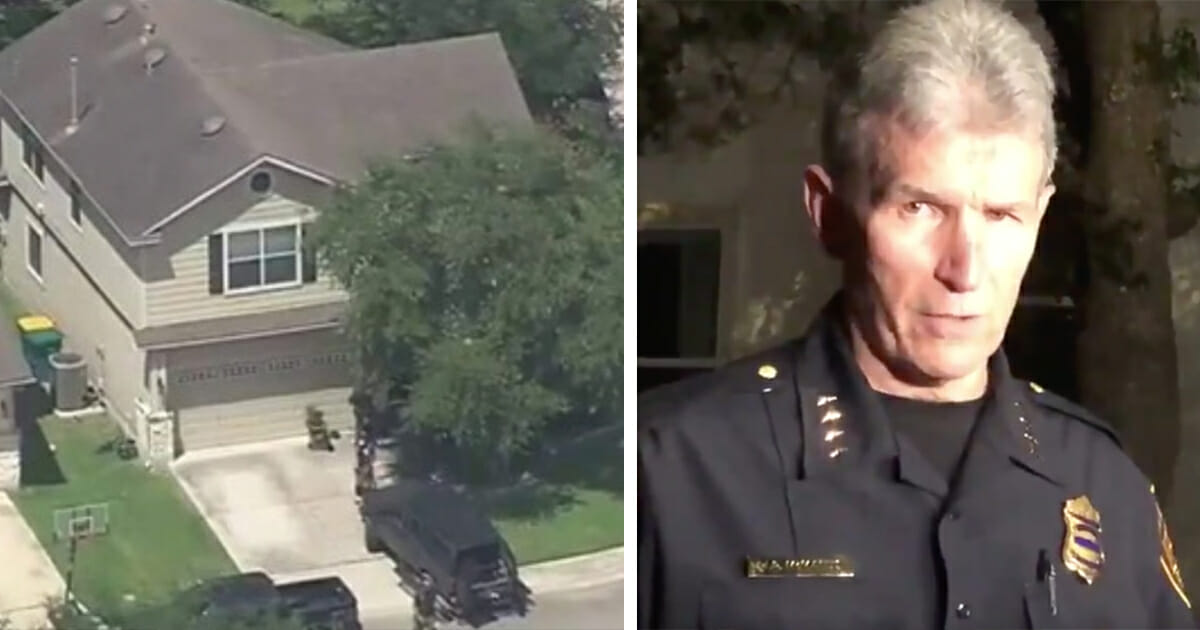 A family of six has been found dead inside an SUV in the garage of a home in Stone Oak, San Antonio, Texas, as per reports.

Officers were dispatched to the home for a welfare check on Thursday morning after a friend of one of the residents notified them that they hadn’t seen or heard from him in a while.

However, when officers arrived and entered the home they smelled “heavy, noxious fumes”. San Antonio Police Chief William McManus said his officers then backed out of the residence and found a note on the front door.

According to KSAT, the note was written in military jargon and contained a cryptic message which, once deciphered, claimed there were “bodies or people inside of the home, animals were in the freezer, and do not enter.”

It was in the garage that police officers eventually found the family of six dead. McManus said that the husband and wife – both in their 30s – and their four children, aged 11 months to 4 years old, were discovered deceased in an SUV.

The police chief also said that evidence thus far points to suicide. It had previously been suspected that there were explosives at the scene, though McManus confirmed none were found.

The fumes that officers initially encountered were later identified as carbon monoxide.

Reports say the family had moved to the neighborhood, located about 30 minutes from San Antonio, in January. The father was in the military, though it’s not been clarified which branch.

Such a tragic turn of events. My heart goes out to their extended family and loved ones.

Share this article to pay your respects to the deceased.