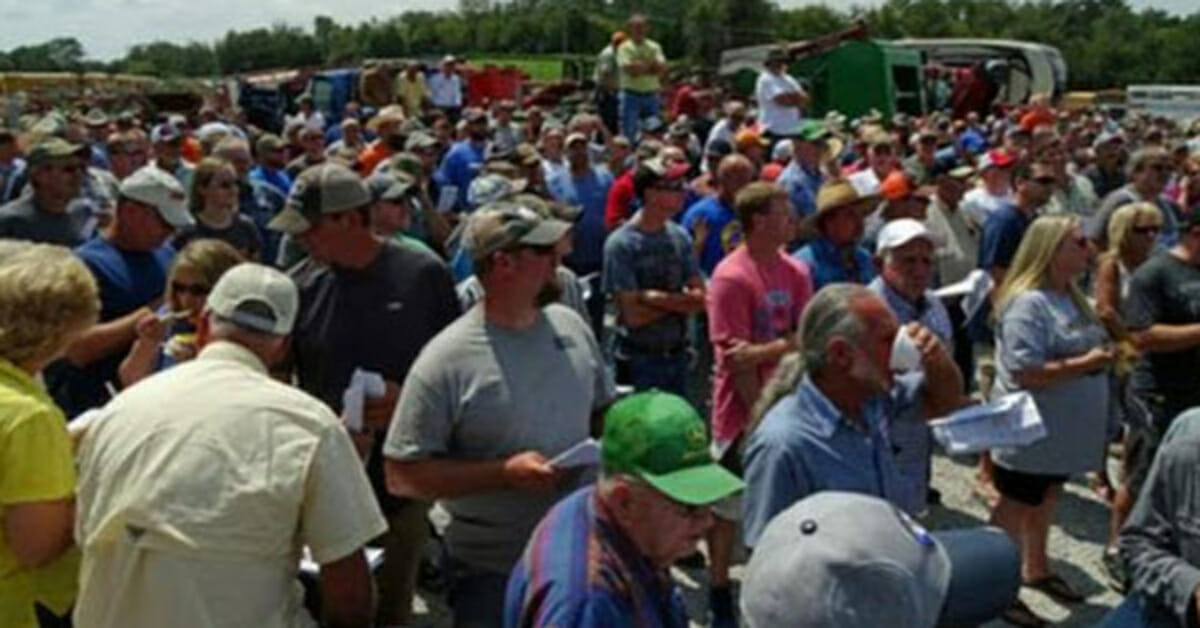 All families have a story — some more positive than others.

Although not always the case today, children have long inherited their family heirlooms — or of course, places of residence.

Back in the day, it was common to simply inherit everything that belonged to your family’s past generations; and choosing your own way of life was not often an option.

If daddy was a shoemaker, then so would you be. You would take over the family business, all belongings, and be responsible until your own child then took over from you.

David lives in Nebraska, USA. His family have been farmers for as long as he could remember; for decades the land they used belonged to his ancestors.

And this should have been the way forward for David. But one day, an unfortunate decision willed the land to a relative who did not have the family’s best interests in mind.

David’s family’s 80 acres of land was sold to a distant relative and the family’s property was gone. What they had spent decades building vanished in a split-second bank interaction.

Throughout his life, David dreamed of somehow getting back the family’s land and rebuild their business.

Several years after losing the family land, it suddenly appeared on auction. David and his father decided they would do their best to collect whatever modest means they had to try to get it back, reports goodnewsnetwork.com.

They spent many days and sleepless nights trying to come up with every possible way to acquire the extraordinary assets to reclaim their land. When the day of the auction finally came, their hearts sank: nearly 200 farmers were gathered. David and his father felt their chances of repossessing their family land was slim to none.

But they gave it their best shot. When the auctioneer announced their land, they immediately placed their bid — and held their breath.

Theirs was the first bid and David and his father anxiously waited to see who would bid next. But suddenly, the room went silent.

David didn’t understand what was happening and even the auctioneer was stupefied. He made further attempts to solicit a new bid, but got only silence. Stunned, he called a break.

They reconvened — three times — and each time, not a single farmer placed a bid.

The auctioneer finally had no choice, and with the strike of the gavel, David and his family had their land back. It felt like a miracle. A miracle of 200 farmers from Nebraska, USA — every single one of them knowing what the right thing to do was.

David could finally write a happy chapter in his family history book.

Today, David remembers the auction that took place in 2011 as if it were yesterday.

“I’ve had two profoundly humbling days in my life. The first was the day my son was born. The second was that unforgettable day at the Auction House,” he said.

What a moving story. That so many people who did not even know David personally understood how much the land meant to him and his family touched me in my core. Without their help, David and his father would likely never have gotten back what was once theirs.

Share to pay tribute to all the farmers who thought with their hearts instead of their wallets!