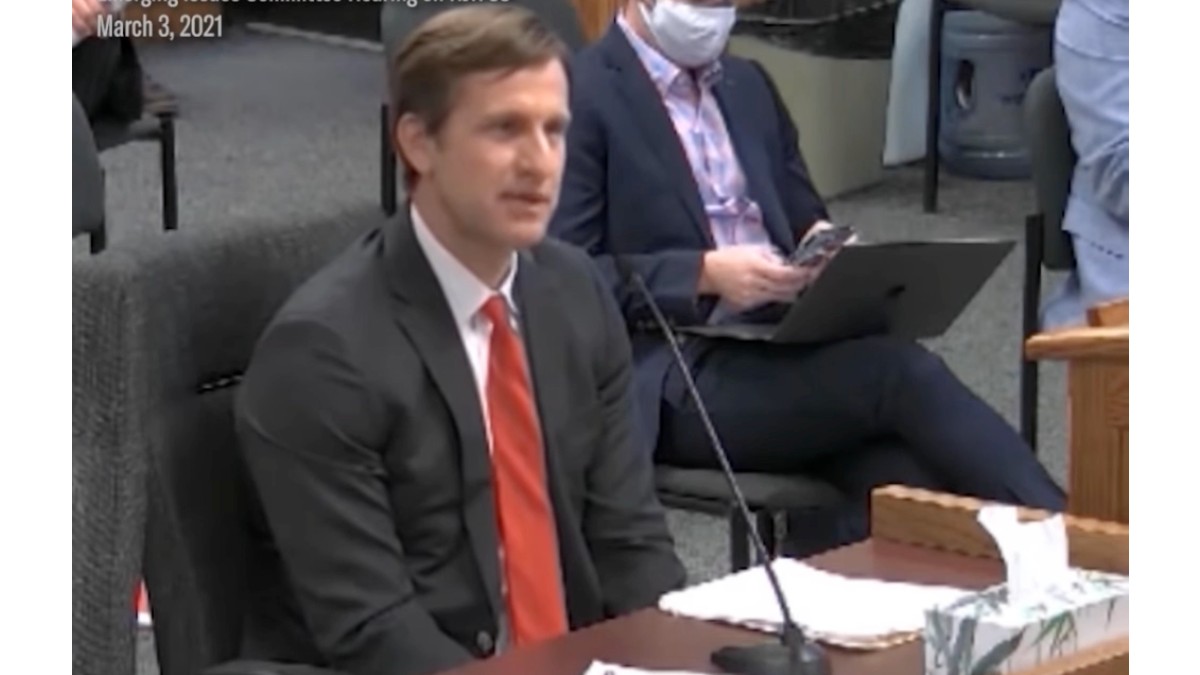 Over the past several weeks, many states have moved to ban transgender athletes from playing on women’s and girls’ sports teams. Arkansas’ Attorney General Leslie Rutledge said their law was meant to “ensure the integrity of girls and women in sports.”

But many are against such laws, and one father recently went viral when he spoke in front of a group of Missouri lawmakers.

“One thing I often hear when transgender issues are discussed is, ‘I don’t get it — I don’t understand,’” Brandon Boulware said. “I didn’t get it either. For years, I didn’t get it.”

Boulware, a father of four, introduced himself in front of the lawmakers as a lifelong Missourian, a Christian and son of a Methodist and a father to two boys and two girls, “including a wonderful and beautiful transgender daughter.”

He then went on to explain how for years he didn’t understand his daughter and while his daughter was simply trying to live her life, he was trying to change her because he wanted to “avoid those inevitable questions.”

“My child was miserable. I cannot overstate that. She was absolutely miserable,” he said as he urged lawmakers to reject House Joint Resolution 53, a bill that would force athletes to play on the sports team of the sex that’s reflected on their birth certificate.

‘I can honestly say this, I had a child who did not smile.’

Boulware explained that it wasn’t until one day he realized his daughter equated being good with being someone else that he changed his attitude.

I was teaching her to deny who she is. As a parent, the one thing we cannot do is silence our child’s spirit. So on that day, my wife and I stopped silencing our child’s spirit. The moment we allowed my daughter to be who she is, to grow her hair, to wear the clothes she wanted to wear, she was a different child. It was immediate. It was a total transformation.

If HRJ 53 passed, Boulware’s daughter would no longer be allowed to play on the girls’ volleyball or tennis team.

“I need you to understand that this language, if it becomes law, will have real effects on real people,” he said during his impassioned plea, which can be watched in the video below.

According to PEOPLE, the resolution moved on to the state’s Committee on Rules – Administrative Oversight. If it passes both chambers and is signed by the governor, it will be on the ballot for Missouri voters in 2022.