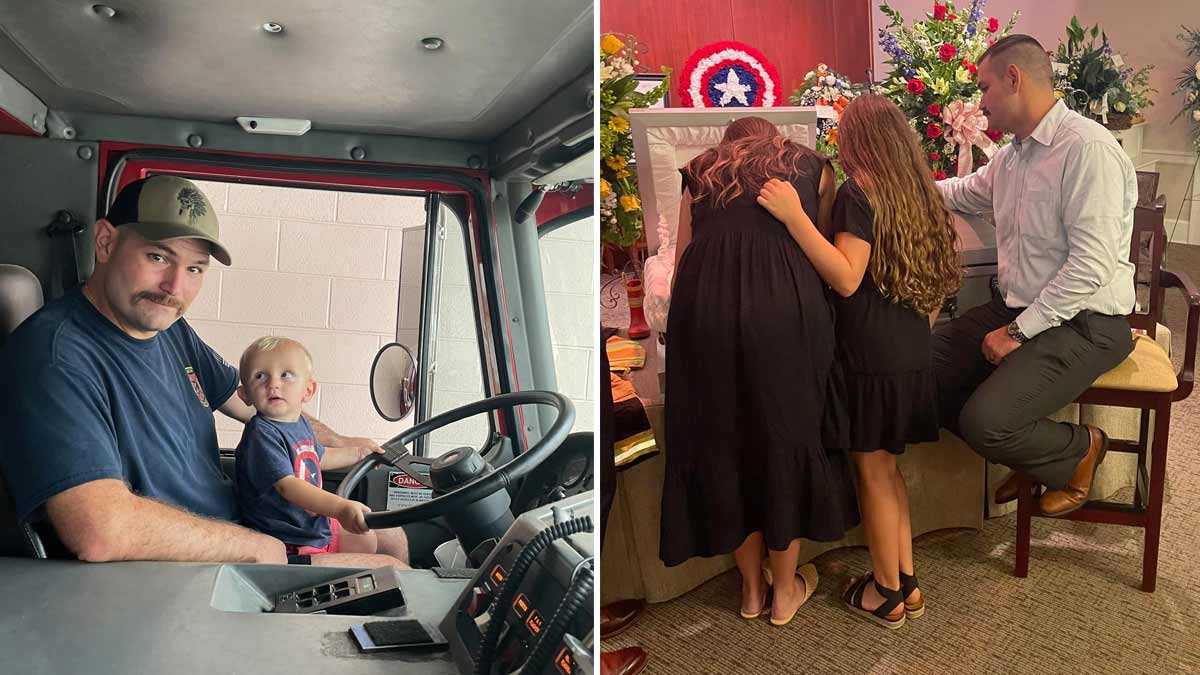 It should have been a relaxing weekend at Lake Martin in Alabama, but as the Ingram family began packing up to go home tragedy struck. Their two-year-old boy Briggs fell into the lake, and while his firefighter father was able to resuscitate him, days later the toddler succumbed to his injuries.

“Briggs went to his heavenly home yesterday, Friday, July 22nd,” the boy’s mother Meshea wrote on Facebook. “The heartache is insurmountable, but God is our refuge and strength.”

Josh Ingram was putting his family’s belongings in their vehicle after a weekend at the lake when he noticed his two-year-old son Briggs was not by his side.

He found him in the water.

“He saw his shirt in the water, so Josh dove in and snatched him out and got him on the dock and started doing CPR on him,” family friend and fellow firefighter Daniel Norton said.

Josh continued CPR for 30 minutes until a medical helicopter arrived. During that half hour, Josh was able to revive his son, but he still needed emergency care.

Briggs was flown to a hospital where, according to a GoFundMe, a doctor told his family he was in “stable but critical and complicated condition.”

Meshea shared updates on her son’s recovery and remained as optimistic as possible.

However, just days after Josh pulled his son out of the water, Briggs died from his injuries.

“We are heartbroken for our brother firefighter and friend Captain Josh Ingram and his entire family for the loss of their son on Friday,” the Polk County Fire Department said.

The Ingram family continued to share their painful journey online, showing their final moments with Briggs as well images from his wake and funeral.

“I cannot find the words to say, other than I Love You Buddy,” Josh wrote.

The couple hope that their story alerts other families to the importance of knowing CPR.

Josh, you gave your son a fighting chance. Rest in peace, Briggs.