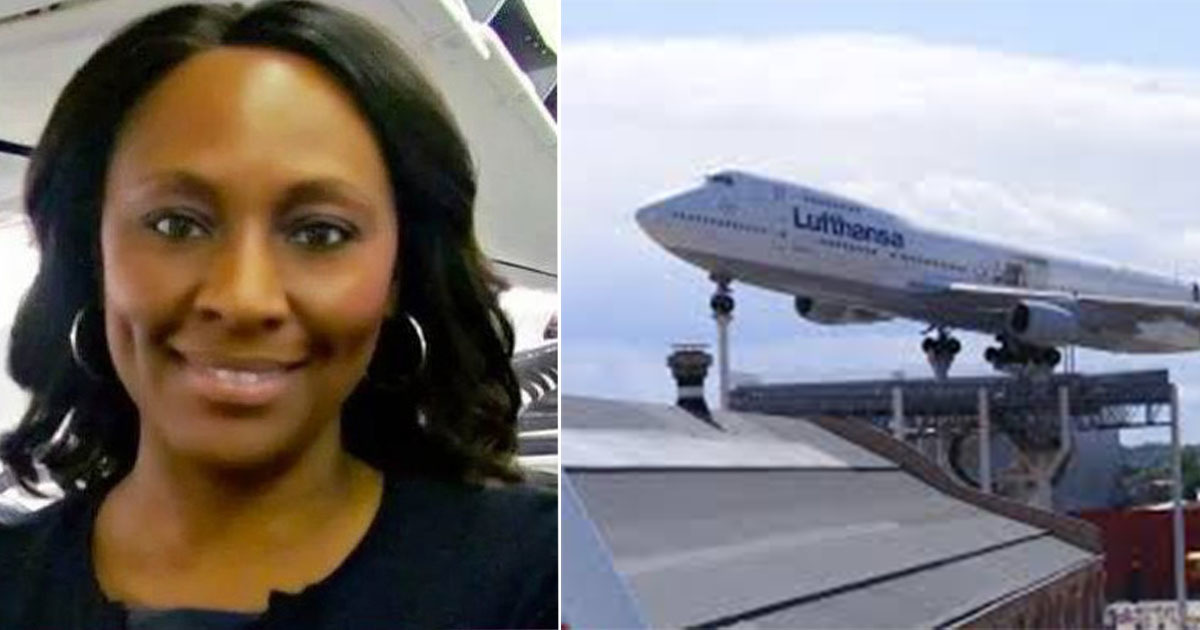 For many of us, planes symbolize one thing: vacation. Indeed, the mood on airplanes can be quite jovial, with so many traveling to and from vacation spots and allowing their worries to wash away.

Shelia Frederick is a flight attendant for Alaska Airlines. But one day, while on a routine flight to San Francisco, USA, something caught her eye.

A well-dressed man sat next to a young, blonde girl who was wearing shabby looking clothes. She looked up when Shelia passed by, and when she did, Shelia felt that the girl’s eyes were drilling straight into her soul.

When Shelia tried to talk to the man, he was immediately unpleasant. She immediately felt something was wrong, and went to the airplane toilet where she left a piece of paper and a pen.

As she walked past the girl again, she signaled for her to go to the bathroom.

The girl followed Shelia’s instructions, and when Shelia returned to the toilet, she found devastating words on the scrap of paper: “Help me”, it said.

Shelia went straight to the pilot who helped summon the police to meet them upon landing in San Francisco, according to the Independent.

As it turns out, the girl was a victim of human trafficking and had been kidnapped two months earlier.

Shelia’s encounter and saving of the young victim occured in 2011, when the girl was about 14-years-old. Following the incident, Shelia became a member of Airline Ambassadors International, an organization launched in 2009 by former flight attendant Nancy Rivard to help flight attendants get better training in detecting victims of human trafficking.

Members of the organization are now working with the US Customs and Border Police to counter human traffic.

Flight attendants can be much better equipped to deal with these kinds of incidents if they’re paying attention to the right warning signs, Nancy explains.

A few weeks after the incident, Shelia received a phone call – it was the young girl she had saved. “Thank you for saving my life,” the girl told her.

The girl had been reunited with her parents and was undergoing therapy to process through her difficult experience.

Shelia and the girl are still in touch.

The UN estimates that about 1.2 million children are victims of trafficking each year. Human trafficking is the third largest criminal activity in the world, after drugs and arms.

Both girls and boys are sexually exploited, for instance, as cheap labor or soldiers, for adoption or are forced to commit theft, beg or traffic drugs – and things that we can never accept.

Please consider sharing this article to help spread this important information, and not to mention, to pay tribute to Shelia and all other flight attendants actively working to prevent human trafficking!