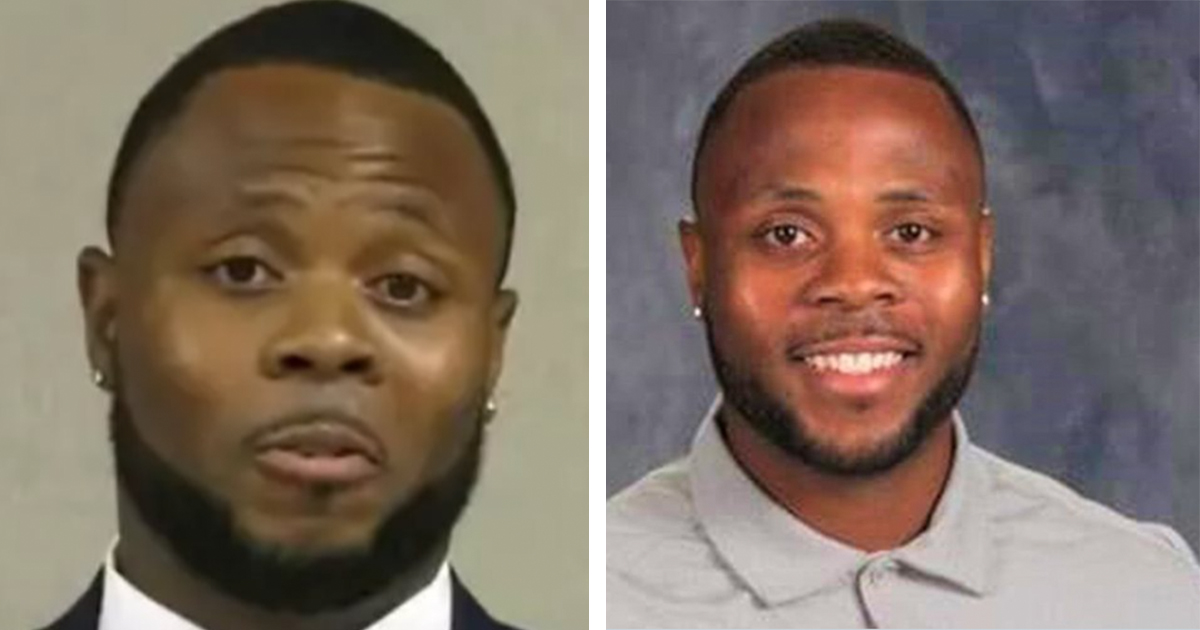 A former gang member has proven that it’s never too late to turn your life around and become something better, after being named 2021 Missouri Teacher of the Year.

Darrion Cockrell, a physical education teacher at Crestwood Elementary, St. Louis, is known affectionally by his students as “Mr DC”.

He used his acceptance speech for the award of Teacher of the Year, bestowed by the Missouri Department of Education, to share the harrowing details of his childhood.

Margie Vandeven, Missouri’s commissioner of education, said: “Missouri is fortunate to have so many high quality educators, and Darrion will be a wonderful representative as our state’s Teacher of the Year.

“He guides his students towards long-term physical and mental wellness, and the connections he has established will impact Crestwood children for years to come.”

As per Darrion himself, his mom was a drug addict and his father was murdered when he was just four years old. As a result, he grew up in the foster care system, and had joined a gang by the time he was 10.

Darrion said in his speech: “Six-deuce-87 Kitchen Crip gangster – yeah. Your 2021 Missouri Teacher of the Year used to be in a gang.

“I started from the bottom and now I’m here, but back then that was normal to me.

“That was ordinary life and sadly this is the same reality for many of those kids living in that same neighbourhood where I grew up.”

Nine years later, however, Darrion’s life changed for the better when he was adopted by a football coach and his wife. The teen found new opportunities that took him off of a path destined to end in jail or worse, and towards a brighter future.

“No, I’m not Micahel Oher from ‘The Blindside,’ although I did have dreams of the NFL,” Darrion said. “My message for teachers is understanding the power that we have to make positive or negative impacts in the lives of others.”

Darrion also used his speech to impress upon the influence teacher’s can have in the lives of their students, imploring other educators to fathom “the power that we have to make positive or negative impacts in the lives of others”.

What a truly inspiring man. I just love hearing stories like this one!

Please, join us in paying tribute to Darrion Cockrell for turning his life around and becoming a beacon of hope for pupils.

Share this article to remind others that it’s never too late to turn your life around.