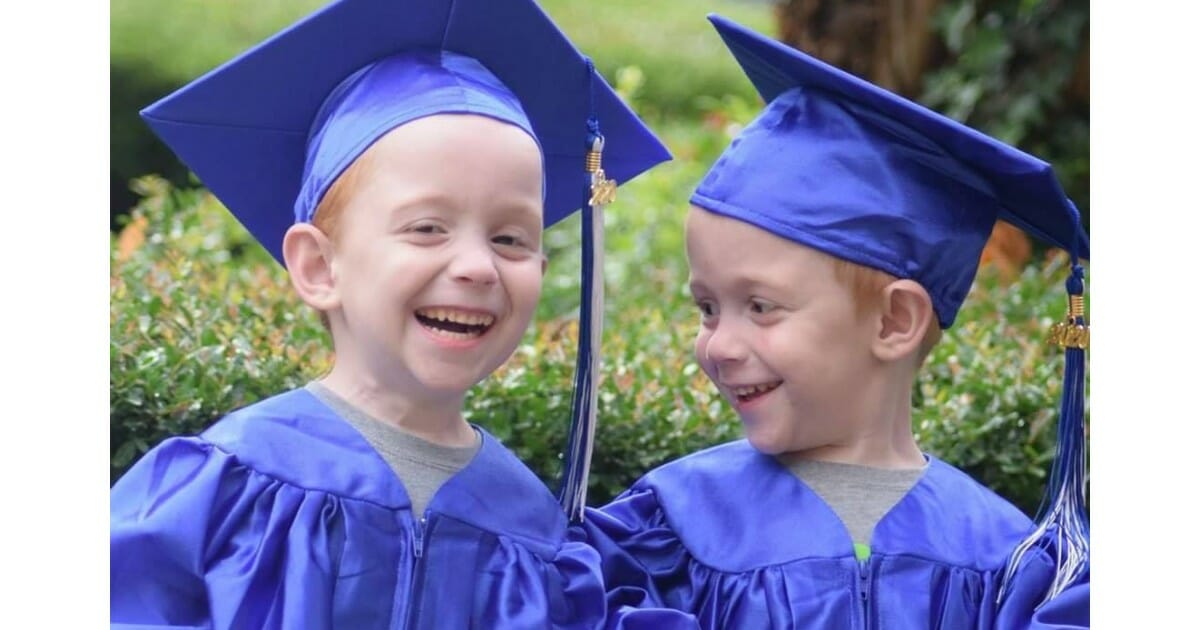 Carter and Conner Mirabal once captured the hearts of so many around the world. When the twin boys were born they were conjoined at the torso. At five months old they underwent a 12-hour surgery to separate them.

They’ve since endured numerous doctor visits, surgeries, treatments, and so much more. But most recently they celebrated a special milestone – they graduated pre-school!

The boys, who were born in Jacksonville, Florida, spent the majority of the first year of their lives in the hospital recovering from their separation surgery.

The family has continued to keep friends, family, and those around the world updated on the twins by sharing their ups and downs on Facebook.

In August 2019, the twins started their first day of school, something that previously seemed like an impossible feat. But now the boys have graduated pre-school and are getting ready to attend kindergarten in the fall.