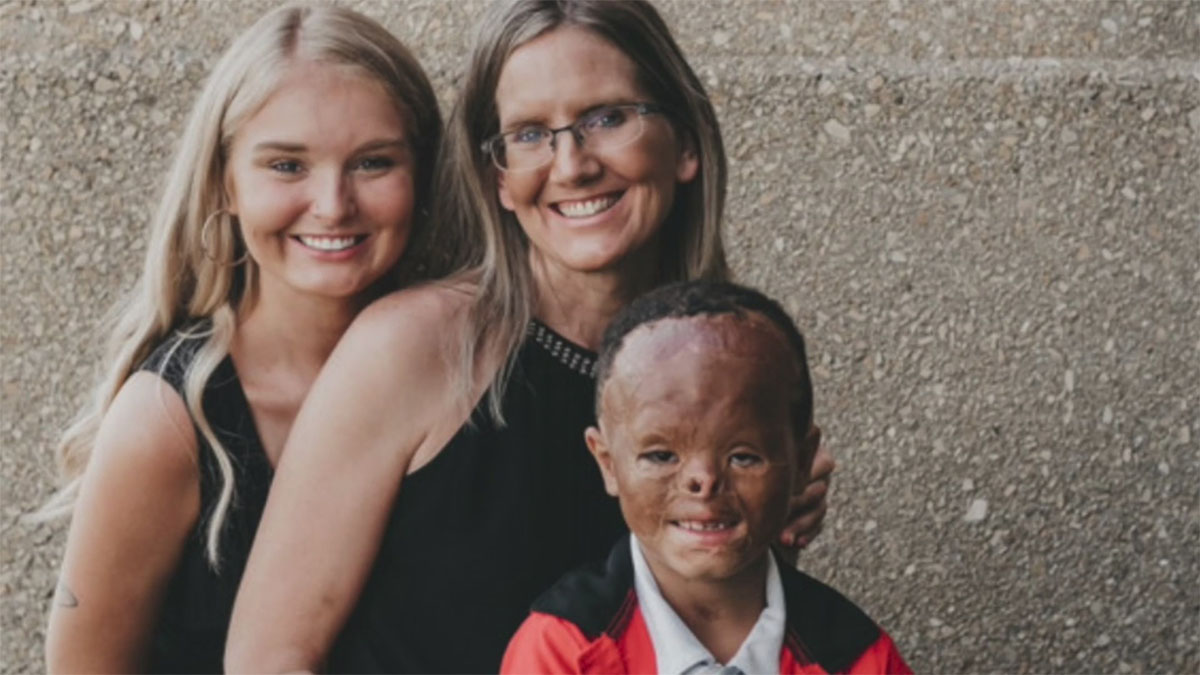 Deyvion was just a baby in a bassinet when a fire ripped through the apartment where he slept. Firefighters rescued him from the blaze but he was left with horrific burns all over his face.

It was a miracle that Deyvion survived but this tough little baby from Missouri went on a recovery journey at a special burns unit where he fought his way back to health.

This miracle boy did all of this without loved ones by his side and it wasn’t until he was 5 years that he became the foster child of Beth Plunkett, a single mother of two.

“I thought he was a beautiful little boy, and I fell in love with him very quickly,” Beth said, as per WGN9 News.

“I feel everybody says, ‘Oh, he’s so lucky to have you and what you’re doing,’ but I’m, I’m just as equally lucky to have him,” she added.

After 2,545 days without a family to call his own, Deyvion was finally adopted by Beth.

“I want him to be, most importantly, just happy,” Beth said. “And I want him to always feel loved and to just … to have goals and like, reach them and just do amazing, amazing things. And I know, I know he will … God definitely has an awesome plan for him.”

He not only has his new mom and siblings to love him as he truly deserves but also the firefighters who saved him thinks he’s pretty special too.

Deputy Chief Eric Smith of the South Metro Fire Department in Raymore and his crew never forgot the night they saved this special boy.

On the day of Deyvion’s adoption Smith and his crew gave him a special jacket and hat made just for him and gave the young boy and his mom a ride in their truck to the court office to make his adoption official.

Smith gave Deyvion a high five and told him how proud he was of him adding: “He’s extremely special. We don’t always understand why things happen, but we do now.”

This little boy will always be surrounded by love and quite rightly so, he’s a brave and adorable boy who deserves all the happiness after what he’s been through.This is the kinda stories we need to see and hear about. What love. What caring.

Let’s show this little boy even more love and share his story; he’s a true inspiration.