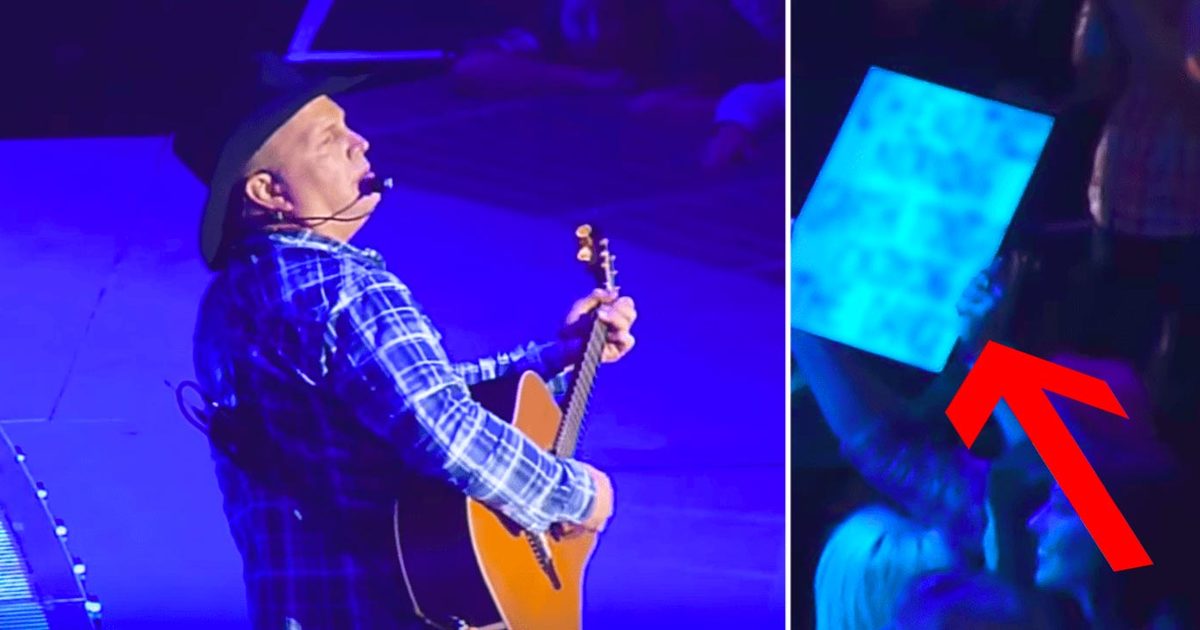 We want to take a moment and honor all people who have fought or are in the process of fighting cancer. It’s not easy and we know what strong and courageous people you are!

Now we know there’s at least one famous person out there that shares our sentiments: iconic country singer Garth Brooks.

In 2014, Theresa Shaw from Iowa, was battling stage 3 breast cancer and going through full-on chemotherapy. This however, did not get in the way of her going to see her idol Garth Brooks in concert.

On the day of the concert, which took place at the Target Center in Minneapolis, Minnesota, Theresa had had chemo in the morning. But Theresa, a huge Garth Brooks fan, refused to let this get in the way of her seeing Garth.

With her spirits and head held high she went to see him perform. She brought a sign along that said: ‘Chemo this morning. Garth Tonight. Enjoying ‘The Dance.”

And her sign sure didn’t go unnoticed. Right there and then, in the middle of a performance, it caught the eyes of Garth Brooks himself.

When Garth saw the sign, he crouched down on the edge of the stage in front of Theresa. He then gave her a hug and a kiss and even handed his guitar over to her, at which point the whole audience is cheering.

He then held up her sign and shouted: “You will kick cancer’s ass.”

The moment is so special and certainly emotional — it had me in tears. Luckily, it was all caught on camera for you to see.

That video became a viral success on the internet and is to this day being shared by thousands.

But it gets even better: Theresa did indeed kick cancer’s ass. In April last year, The Des Moine Register reported that the 48-year-old woman had entered remission for her triple-negative breast cancer.

She says that night at the concert and meeting Garth helped give her more energy to beat the disease.

“I survived,” she tells The Des Moine Register. “It made me realize you never know what’s gonna happen in your life and whose path you’re going to come across. I would get messages from people saying ‘you’re so inspiring,’ and I felt like I was just a normal person.”

Since then, Theresa and Garth, who himself has lost a mother and a sister to cancer, have stayed in touch and met several times.

This entire story is so heartwarming and sweet. Really shows how important it is to make each other feel good during hard times.

Please share to honor all people who are battling cancer and all of those who are no longer with us because of this horrific disease.