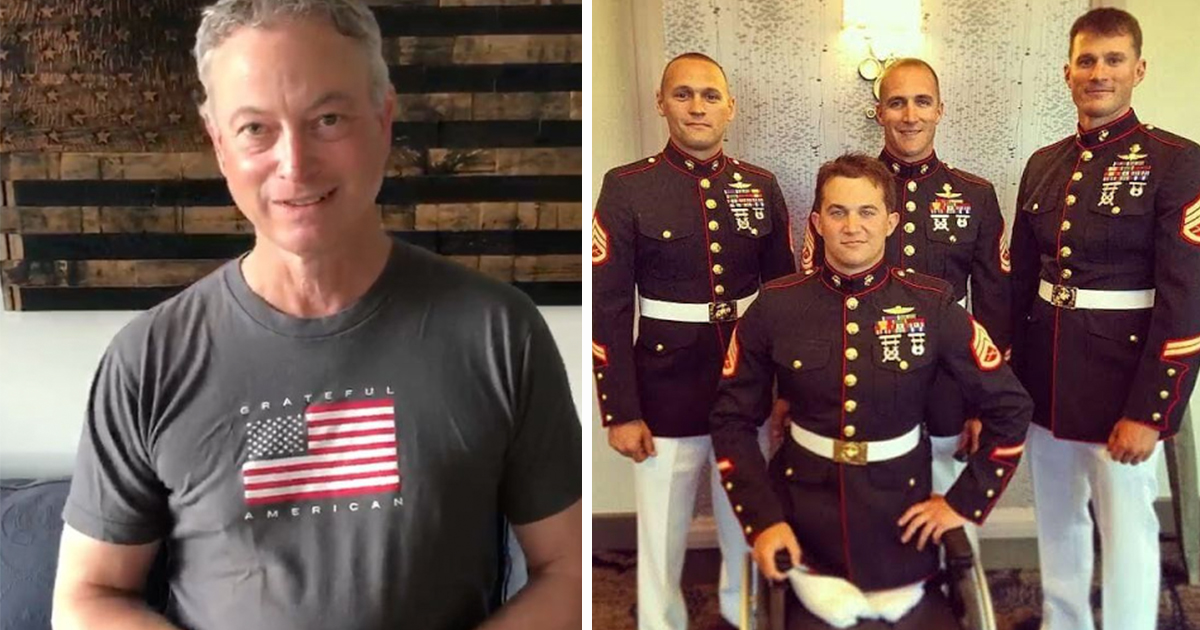 Those who know anything about Gary Sinise will know that he is so much more than someone who has proven himself a talented actor on-screen.

The 65-year-old, who rose to fame through appearances in such films as Of Mice and Men and Forrest Gump, has proven himself a staunch patriot over the years, and always tries his best to give back to those who deserve a helping hand.

To that end, he’s been active in supporting US veterans, particularly through the Gary Sinise Foundation, which aims to help veterans affected by physical engagement.

A number of vets have benefitted from Sinise’s compassion and kindheartedness, including one Jonathon Blank, a Marine who lost both of his legs in an explosion while serving in Afghanistan.

Our readers may remember Jonathon, who made headlines when he and fellow former Marine Jonathon Nelson climbed Mount Timpanogos in Utah, with the former on the latter’s back.

When Gary Sinise heard about him, he decided he wanted to help in the best way possible. Through his foundation, he reached out and offered to build Jonathon a custom-made home that he would be able to easily maneuver around in his wheelchair.

Jonathon was rightly left astounded. “It’s such an incredible gift,” he said. “Even some of those tough guys, when they found out about this, they got pretty emotional about it.”

Jonathon joined the Marines back in 2006, but sadly lost his legs four years later. To this day, he still suffers with chronic pain, migraines and insomnia. Thanks to Sinise’s gesture, though, this hero at least has one less thing to worry about.

Jonathon’s new home features remote-controlled light fixtures and shades, and also has voice-activated technology throughout. There’s also a lift to get him from one floor to the other, and the custom-made abode offers a level of freedom Jonathon simply didn’t have in his old house.

The former Marine’s girlfriend, Brittney, said: “He’s dragging, hauling all his stuff up and down the stairs all the time. Nothing slows him down, but just to imagine cupboards that he can pull down and reach rather than having to jump up there — it’s going to be such a huge difference for him.”

Yet again we must say thank you to Gary Sinise, who at this point has proven beyond all doubt that he really is one of the good guys.

And, of course, thank you to Jonathon Blank for his service. Your country owes you a debt that can never be repaid.

Please, share this article on Facebook to pay tribute to these two great men, each wonderful in their own way.