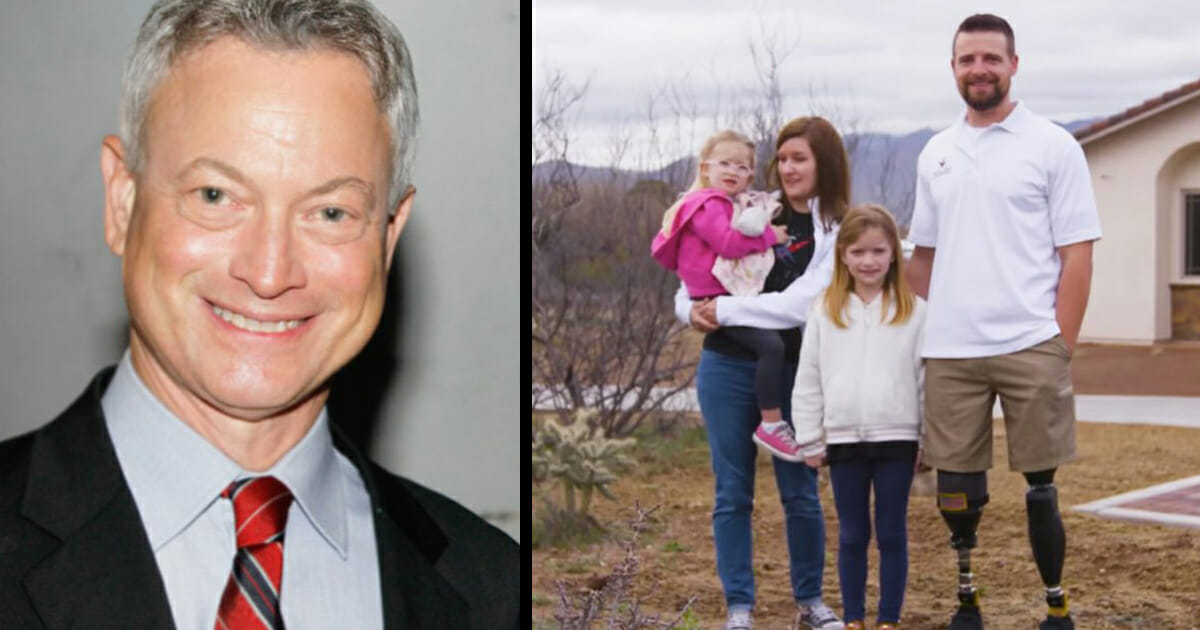 Just when you thought Gary Sinise couldn’t prove himself anymore of a hero, he goes and does something else worthy of praise.

The actor has long been an advocate of strong support networks for soldiers and veterans, and himself has donated plenty in the form of aid for those who need it.

However, though his reputation as a truly great man is beyond question, he seems determined on adding to a legacy that will surely seen him go down as one of the nicest men to ever grace Hollywood.

Tucson native and former Green Beret Sergeant Caleb Brewer would have been forgiven for thinking all hope was lost when both his legs were severed in Afghanistan. Upon returning home, he faced trials and tribulations regarding moving on with his life. Fortunately, there was a ray of light in the form of Sinise …

Hey Folks, A big thank you to everyone who has preordered my new book, Grateful American, set to release in 3 days! Just a friendly reminder if you preorder before Tuesday, you receive exclusive content – click the link in bio for more information. #GratefulAmerican

Sergeant 1st Class Caleb Brewer joined the Green Berets in 2012, but was seriously injured whilst on deployment in 2015. His lost both his legs, and thereafter suffered from blood clots, infections, and a traumatic brain injury.

Despite it all, however, he survived. Brewer retired in 2016.

Now 31, he lives in Tucson, Arizona, though struggled initially when it came to restoring semblance of normality to his life. After all, the change had been drastic, and returning to all he had known before was no easy task.

The Forrest Gump star made sure that suitable housing wouldn’t be something Caleb would have to worry about. Through the Gary Sinise Foundation, he reached out a helping hand, encouraging Caleb to apply to the RISE (Restoring Independence Supporting Empowerment) program, which aims to build specially-adapted smart homes and adapted vehicles for wounded vets.

In didn’t take long before Brewer was approved for a smart home in Tucson, one complete with modifications to assist in his every day life. On February 6, 2019 his home was complete.

The house includes smartphone-controlled functions such as checking who’s at the door, adjusting the volume of the stereo and opening and shutting the blinds, as well as tilted mirrors, pocket doors, and a host of other features.

Brewer said: “It’s incredibly overwhelming in a good way. It doesn’t feel real. I never would’ve expected it in a million years.”

See more on the home in the video below:

Gary Sinise never ceases to amaze with his contributions to those heroes who need help the most but are sometimes too proud to ask for it. Most vets have spent the majority of their lives giving everything in sacrifice to their country. The least we can do is ensure that those sorely wounded in the line of duty get the assistance and help they deserve!

We think the world would be a better place if everyone shared the same giving attitude as Gary Sinise!