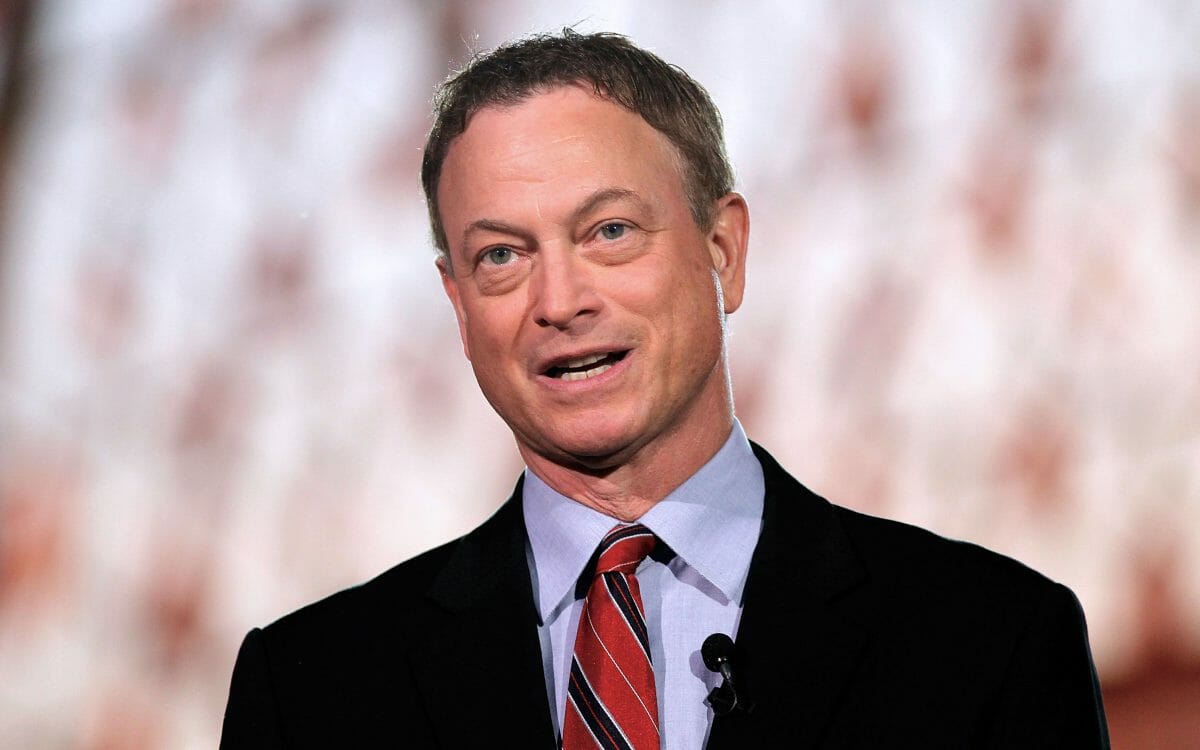 Actor Gary Sinise seems like an all round nice guy. He’s a great actor, always friendly in interviews and, it turns out, extremely charitable.

Don’t believe us? Well, more than 1,700 Gold Star family members were recently treated to trip to Disney World courtesy of a program ran by the Gary Sinise Foundation.

Dubbed the “Snowball Express”, the trip saw the children and spouses of fallen soldiers loaded onto 15 airplanes and jetted off to an all-expenses paid five-day vacation in Orlando, Florida …

What a sendoff for families as they board the Snowball Express! @INDairport -> Chicago -> Orlando for a special holiday trip in honor of their loved ones who died while serving our country. @GarySiniseFound @GarySinise @DoubleGee18 @WTHRcom #WTHRSunrise pic.twitter.com/ZWNAfnckBk

The families were given their own sendoff at the airport in Chicago, with supporters cheering them on dressed in festive gear.

At L.A., meanwhile, the children were greeted by Santa and Mrs. Claus, who arrived by helicopter and gave the children gifts and photo opportunities.

Gary Sinise Foundation’s Snowball Express 2018 at Walt Disney World in Orlando this year! A chance to heal, connect with other Gold Star families, and celebrate! 1,722 family members of our fallen heroes at the happiest place on earth. pic.twitter.com/zdE4gcEwiM

It was at Nashville that the travelling party were afforded perhaps the biggest fanfare, though. The airport itself came to a standstill, with the crowd treated to a rendition of the Star-Spangled Banner.

Speaking about the event, Sinise told KCAL9: “Each one of these children who are going on these airplanes have lost a parent in military services—either combat related or illness or unfortunately suicide sometimes. We wanna take care of these kids and make sure they know we don’t forget.”

“Most every person standing around, myself included was bawling at the sight of these kids and spouses who have paid so great a price for our country. To see all of this at Christmas time was so humbling,” Tringale added to her post.

The Gary Sinise Foundation took over Snowball Express in 2017, but the actor has supported the program for a good many years.

We Remember.
Each flag representing the fallen hero of over 600 families attending  @GarySiniseFound 2018 Snowball Express event at @WaltDisneyWorld
Thank you to these Gold Star families, our amazing volunteers and all who supported our event. pic.twitter.com/lr0TfBEXx6

Now 63-years-old, Sinise has long been a campaigner for rights pertaining to veterans. He’s volunteered for USO tours, helped to build homes for wounded veterans and continues to be vocal on his support.

“A tremendous spirit of volunteerism and giving back to our special Snowball families of the fallen. It’s been a great year. More to come in 2019. We Remember,” Sinise wrote on Twitter.

What a truly great man Gary Sinise is!

If you support the troops, and want to pay tribute to Sinise’s actions, share this article on Facebook!