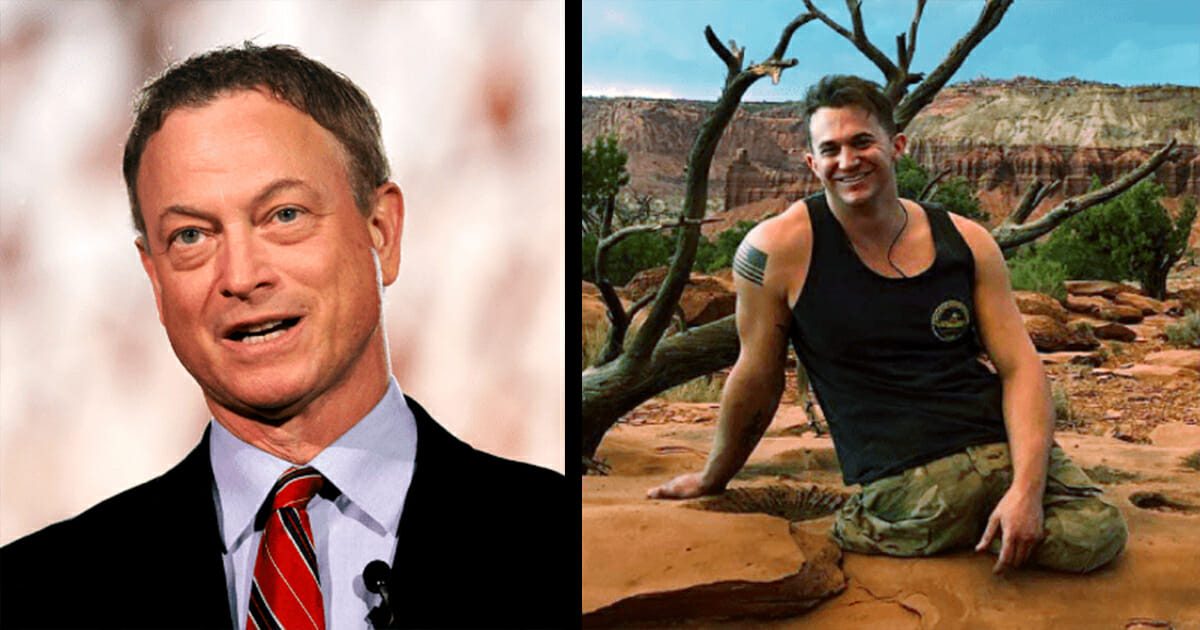 Nine years ago, Jonathon Blank, a marine, lost both his legs whilst serving in Afghanistan.

The 32-year-old has suffered greatly in his bid to cope with the loss of his legs. It’s been far from an easy journey, one made all the more difficult by the fact that rehabilitation costs a lot of money.

Fortunately, though, Hollywood good guy and beloved actor Gary Sinise is on his side. According to reports, the Forrest Gump star, known for his philanthropy and compassion, contacted Blank to let him know his foundation – the Gary Sinise Foundation – has decided to help by way of gifting him a custom-made home.

As Blank admitted to KSL, it’s made the “next phase of life much easier.”

Needless to say, Blank was left astounded. The marine continued: “It’s such an incredible gift.

“Even some of those tough guys, when they found out about this, they got pretty emotional about it.”

Blank joined the Marine Corps after graduating high school in 2006. Four yeas later, however, while serving in Afghanistan, he was caught in a blast that took his legs and left him with shrapnel injuries to his arm and head.

Even now Bank is plagued by chronic pain, migraines, and insomnia.

Bank said: “The world is not meant for people with disabilities. It’s just a hard truth and that’s something that I’ve dealt with every day since I was injured.”

Sinise, who’s character in Forrest Gump, Lt. Dan Taylor, is disabled after serving in Vietnam, has already helped to build 58 homes for wounded vets through his foundation.

According to Jorgenson Builders, who build the custom homes for Sinise’s foundation, Blank’s home will be ready within a year.

What’s more, the new abode will be energy efficient, as well as include light fixtures and shades that can be remotely controlled. Voice-activated technology will also be in use, as well as a customized kitchen.

“He’s dragging, hauling all his stuff up and down the stairs all the time,” she said. “Nothing slows him down, but just to imagine cupboards that he can pull down and reach rather than having to jump up there — it’s going to be such a huge difference for him.”

A huge thank you to Gary Sinise and his wonderful foundation. You guys are true heroes.

Meanwhile, join us in wishing Jonathan Blank well for the future.

Share this article if you think he deserves all the luck in the world from here on in.