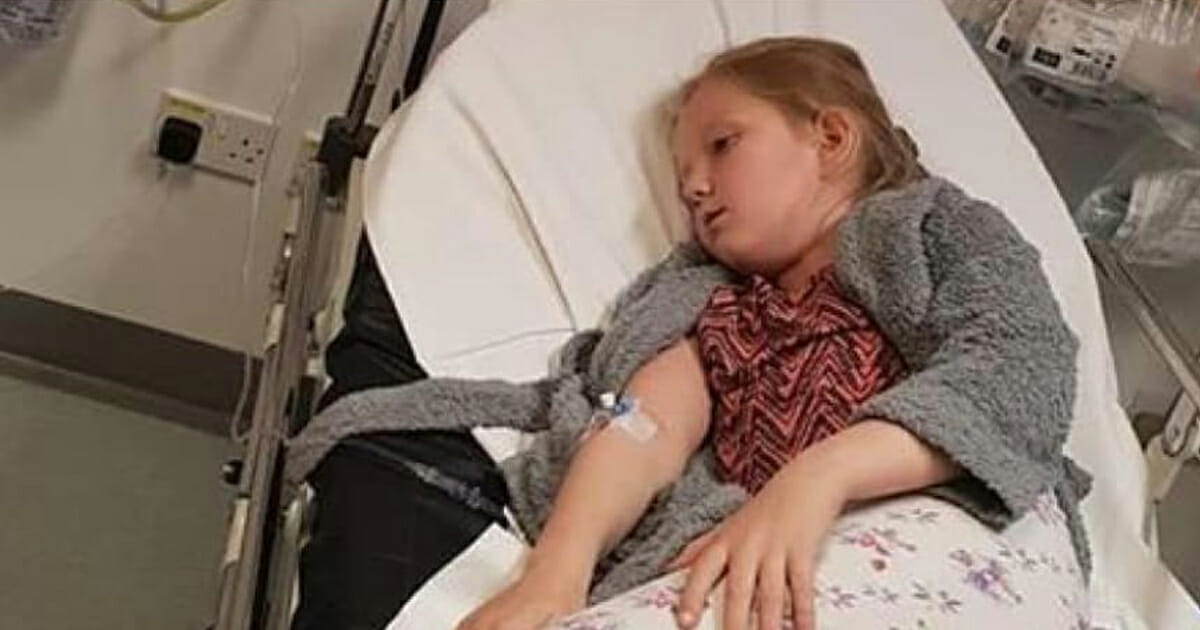 Bullying might just be the worst nightmare of any parent.

Sure, there are scenarios you commonly fret over as a mom or a dad, and sure, their safety is your paramount concern. But there’s something about the pure feeling of helplessness when your child is being bullied that truly breaks my heart.

For Lilly-Jo Caldcott, bullying quite literally changed her life. She was a happy child, loved by her family, but when she joined a new school things quickly took a turn for the worse.

Her family noticed something was wrong when their little girl became quieter. She stopped wanting to play with her friends and wouldn’t answer her mom when she asked if there was a problem.

Eventually, after digging deeper, her mom was able to get Lilly-Jo to tell her what was happening. It transpired she was being bullied at school, physically and mentally. Hair tugging, hitting, pushed into lockers, having her feet stomped on; Lilly-Jo experienced it all at the hands of another girl.

Mom Jess tried to speak to her school about it, but they took little to no serious action. Worse, Lilly-Jo began refusing to attend, instead saying she was sick.

Jess convinced Lilly-Jo to go back to school, and she hoped that things would progressively improve.

Yet all thoughts of change came to a screeching halt one morning when Lilly-Jo approached her mother and told her she had swallowed lots of pills from the bathroom cabinet. She had tried to take her own life.

Jess rushed her daughter to the hospital, where she was treated by doctors. Fortunately, she recovered and was stable by the next day.

Even so, the gravity of the situation had become clear. Jess decided to tell her story to the world, taking care to include the inaction of Lilly-Jo’s school when they’d been informed of the bullying.

The school responded with a statement that failed to express sympathy, but rather defended its own stance. The principal said action had been taking and that they took bullying seriously.

Knowing that she would get little help from the school, Jess resolved to confront the parents of the bully who had driven her little girl to do something so heartbreaking. Low and behold, their reaction shocked Jess even further.

As per reports, the parents didn’t help Jess in any way. Instead, they actually mocked and laughed at her when Lilly-Jo showed them a picture of Jess in the hospital.

Needless to say, Jess removed her daughter from the school and is looking to give her a brighter future elsewhere.

Bullying is such an abhorrent trait, and one that has absolutely no place in any society.

To think the poor little girl in this story tried to die by suicide simply breaks my heart. My prayers and thoughts go out to her.