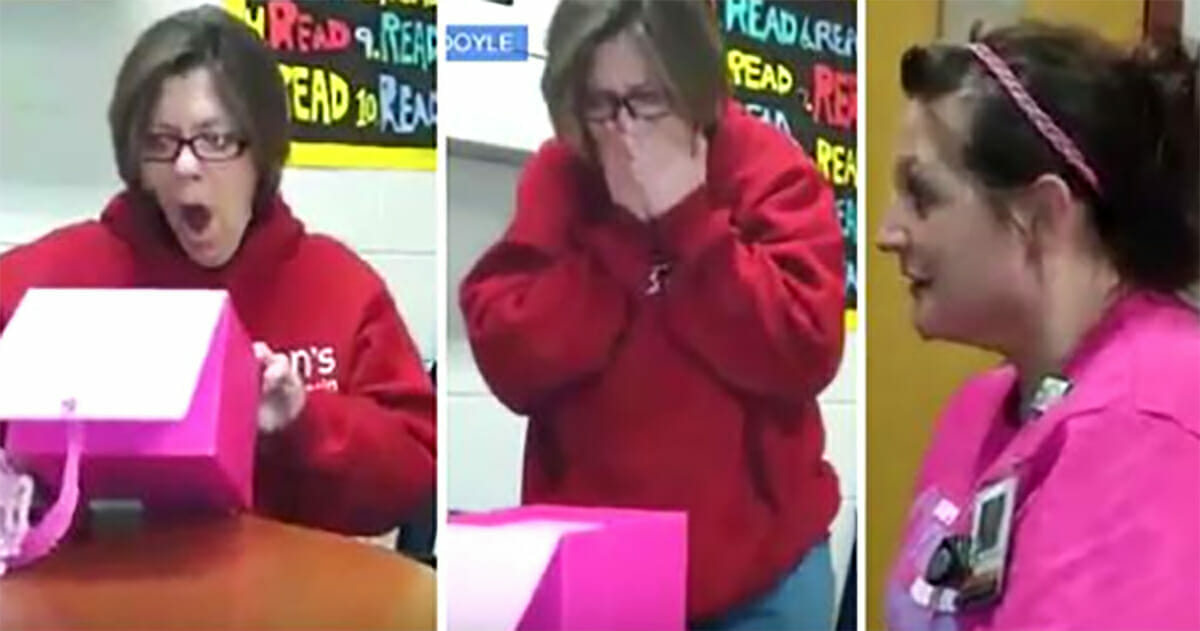 Natasha Fuller was a bright, bubbly eight-year-old who was a pleasure to teach, by all accounts. Teacher Jodi Schmidt actually looked forward to seeing her sweet pupil each day, as she helped lift the classes with her positive attitude.

But mom of three Mrs Schmidt had no idea that behind her smiles Natasha was dealing with a serious illness and separation from her immediate family.

Share
Tweet
Natasha was living apart from her twin sister Brookelynn, who lived in Oklahoma with their parents, and had been staying with her grandparents house for two years. Grandma and grandpa, Chris and Mark Burleton of Wisconsin, had assumed care of the youngster so that she could receive specialized care at the Children’s Hospital of Wisconsin.

The Oakfield Elementary School student was born with prune belly syndrome, a condition that causes urinary tract disease and ultimately entails the sufferer to get a new kidney. Natasha had been traveling to the hospital three times a week for dialysis, but had succumbed to renal failure and desperately needed a kidney.

Because Natasha contracted infections regularly, she was repeatedly taken off the transplant list. When her teacher found out what this sweet little girl was going through, however she stepped up and decided she had to do something.

After a discussion with her family, Mrs Schmidt decided to get herself tested to see if she was a match. She then bid Natasha’s grandmother come in to school to discuss what she had discovered.

Natasha’s grandma, meanwhile, thought she had been called to discuss her granddaughter’s health or grades, and so was evidently surprised when she was presented with a pink box. See her reaction in the video below reveals all, however. She’s left speechless, tears streaming down her face, when she sees what’s in the box.

Even better is what happens when Natasha is called into the office and given the same box. It’s an emotional scene!

What a perfect way to illustrate just how committed many teachers are. What an amazing act of human kindness; she’s a true hero to this little girl.

Please share this wonderful story with your friends and family.