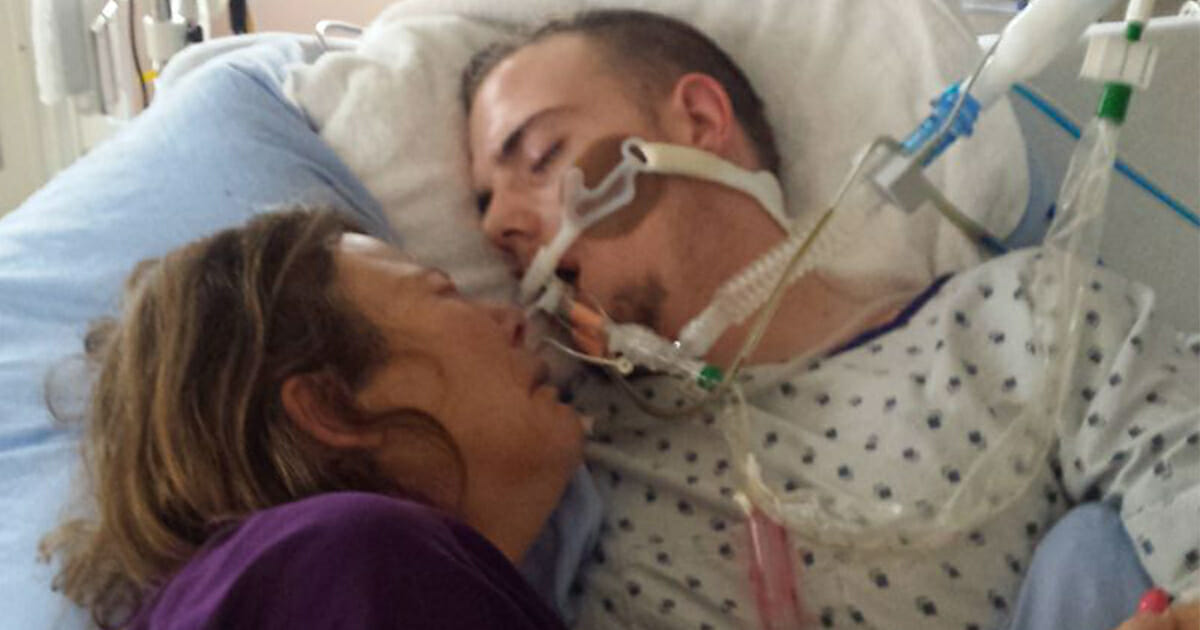 Every single one of us did something we’ve regretted during our youth. Most often, it’s because we didn’t think the consequences through before we did it.

Unfortunately, a single mistake can cost you your life if you’re not careful. That’s the message a grieving mother named Sherri Kent wants to share after her 22-year-old son tried the drug fentanyl and accidentally overdosed.

He died in hospital, and now Sherri wants to use his death as a warning to all.

In April, 2017, 22-year-old Michael Kent was running errands with his sister in the Canadian city of Kelowna, British Columbia when he met a man who offered him drugs.

His sister forced him to decline, but he met up with the man the next day and took drugs inside a store restroom.

Michael, however, reacted badly to the drug.

Mom Sherri explained that the other man “got all sketched out and messed up and left my son in the washroom.”

A mother has shared a picture of her dying son for an extremely important reason https://t.co/F9QFCmpO5K pic.twitter.com/dz93Ssv0J1

Twenty minutes later, the man came to his senses and returned with the shop owner to unlock the bathroom door, according to the Huffington Post. Inside, Michael was unconscious and his lips were blue. He was immediately taken to the hospital, but it was too late for him to be saved.

Michael had taken fentanyl, a strong opioid that is similar to heroin, but 50-100 times stronger. According to the website Drugabuse, it is often used to treat people with chronic pain.

When Michael’s mother realized that her 22-year-old son was going to die, she hugged him in his hospital bed and told him she was still proud of him.

For her, it’s important now to ensure others know how he lost his life because of a mistake that many young people can make.

In order help prevent more families from suffering, Sherri uploaded a picture on Facebook of her and her son together at the hospital. Underneath the picture, she wrote a message that everyone should read:

“I just want everyone to know that my son Michael overdosed on fentanyl. My son was not an addict. He made a mistake that cost him his life.

“I just want to make everyone aware of the epidemic that’s going on right now that’s killing 5-7 people a day in every city in Canada. It’s out of control and there is no way to protect our children from this other than to warn them of the dangers of drug use today.

“I’ve lost my son to this horrible tragedy and want to make parents aware that it can happen to anyone who decides to touch anything that can be snorted up your nose. Fentanyl is the number #1 killer in Canada and it’s taking our children and loved ones. Please share this with your family and friends to help prevent another tragedy.”

Michael died March 21, 2017, and since Sherri uploaded the image, it has been shared over 110,000 times. Sherri was praised for sharing the image to inform others about the risks.

Please share Sherri’s message so other parents can talk with their children about the risks of drugs.

No one should have their life taken away by drugs, and no parent should have to lose their child in this horrible way.