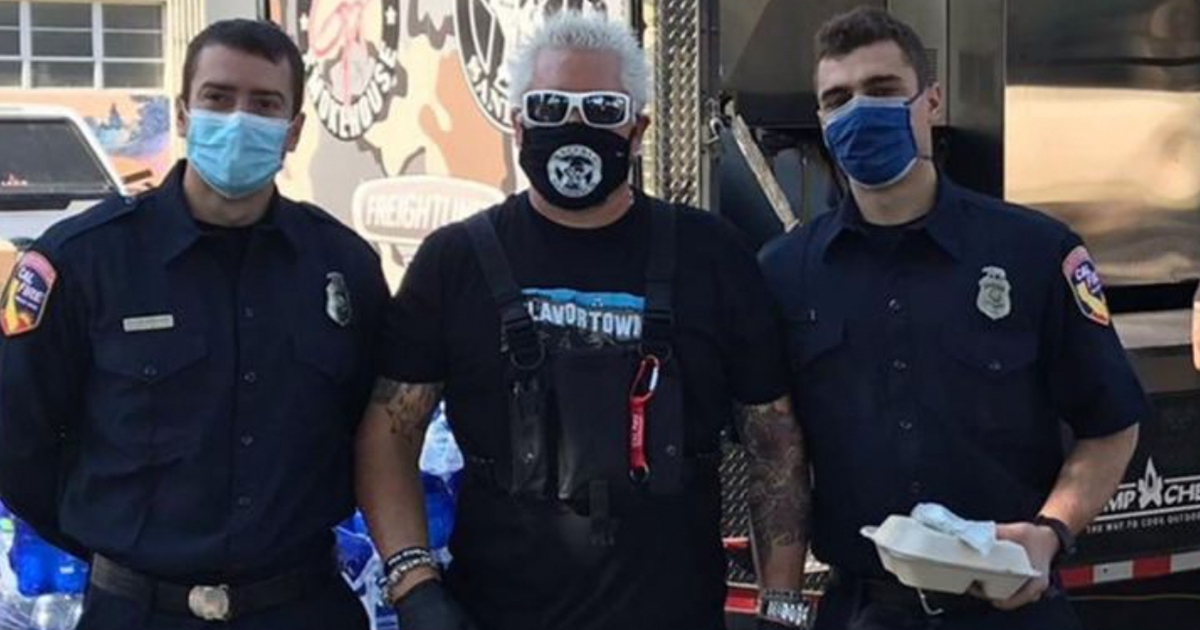 Guy Fieri has done it again. The much-loved Mayor of Flavortown has made a name for himself in recent years, both for his incredible work inside the kitchen and the sheer heart and compassion he exhibits out of it.

Now, according to new reports, Fieri has currently turned his attentions to feeding first responders battling the ongoing California wildfires.

FOX29 say that the 52-year-old fed as many as 2,774 firefighters from the Sonoma-Lake Napa Unit of the California Department of Forestry and Fire Protection at the weekend.

The unit’s official Twitter read: “A MILLION THANKS to @GuyFieri and his talented team for bringing his delicious delights to #GlassFire base camp! He made a lot of people very happy & full today.”

Reports state that Fieri served up a salad medley with penne pasta, meatballs and garlic bread, dishing out as many as 2,000 meals.

And, of course, this is far from the first time Fieri has stepped up to the plate in lending his skills to help others in need. He cooked for responders and evacuees of the Santa Rosa fires in 2017 and the Carr and Camp Fires of 2018.

Since winning the second season of The Next Food Network Star in April, 2006, Fieri’s career has gone from strength to strength. I, for one, couldn’t be happier for a man who seems genuinely down to earth and caring!

Meanwhile, however, our thoughts and prayers go out to those affected by the California wildfires. Reports say that the fires passed a bleak new milestone earlier this week, having consumed no less than 4 million acres so far this season.

“The 4m mark is unfathomable. It boggles the mind, and it takes your breath away,” said Scott McLean, a spokesman for the California Department of Forestry and Fire Protection. “And that number will grow.”

Please join us in sending thoughts and prayers where they’re needed, and for thanking people like Guy Fieri, who continue to go out of their way to help others.