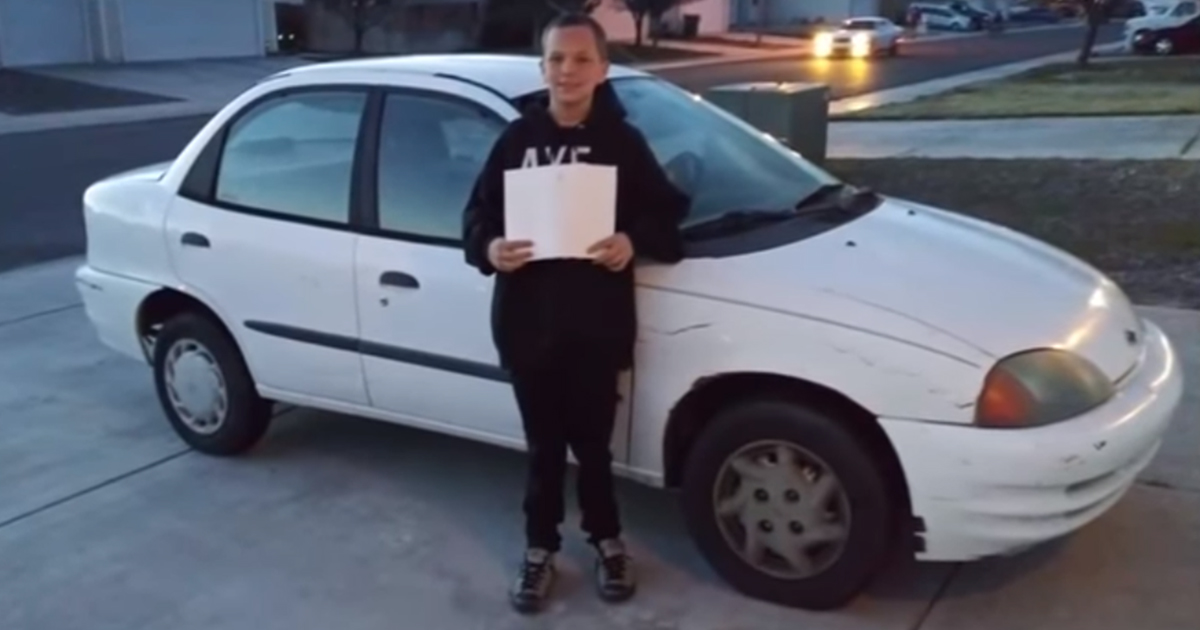 If I cast my mind back to what I was doing when I was 13 years old, it probably involved playing soccer, arguing with my siblings or watching some form of cartoon.

Sure, I had chores to do around the house from time to time, but the main duties bestowed upon me by my parents centered around having fun and not causing undue mischief.

I guess I was what you would call a normal 13-year-old, quite different from a certain boy of the same age who is the subject of this article: William.

Unlike me – wholly focused on soccer and other things – William had a lofty goal in mind when he was 13: to buy his mom a new car. The hardworking teen couldn’t get a proper job given his tender years, so instead he took up mowing lawns and doing yardwork for his neighbors, as well as whatever other chores they could think of for him.

To put it in short terms, William did whatever he could to raise funds to be put towards buying his mom a car that she deserved. And the best bit about it? She didn’t even guess what he was up to. She knew he was working, but had no idea what his overall aim was.

After mowing countless lawns and tidying countless yards, William was fortunate enough to meet a lady he describes as a “top client”. It was in fact a customer who was looking to sell her car.

Needless to say, William got the car eventually and was able to give his mom a gift she’ll never forget.

Watch the moment he handed her the keys in the video below:

Wow! Now that’s one inspiring 13-year-old. Well done William, we’re sure you’ve got a very bright future ahead of you.

Share this article if you think William deserves praise for his hard work!