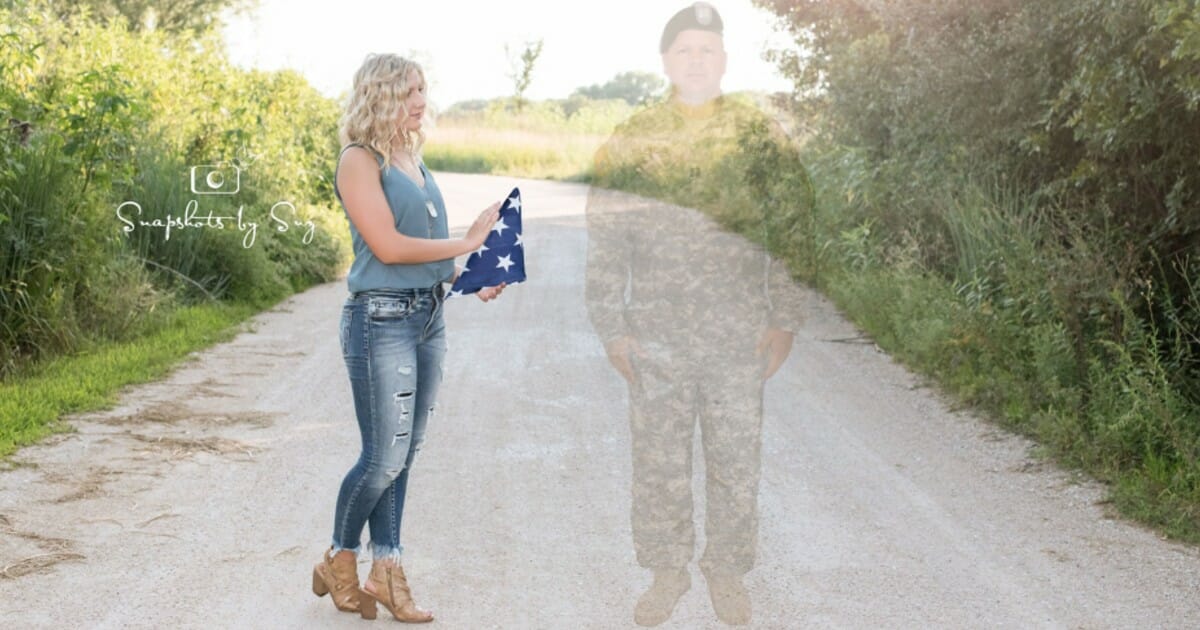 Senior pictures, especially those that aren’t your everyday pose in front of a backdrop and smile picture, have become more common over the last few years.

High school students have been known to do everything from a classy senior portrait to one that’s more outrageous.

When it came time for Julia Yllescas to take her senior pictures the teen from Nebraska knew she wanted to honor her late father. Her wish came true after photographer Susanne Beckmann sent Julia the finished product.

“Why it has hit my heart so hard is that I almost felt when I saw those pictures that he truly was there,” Julia told KOLN.

In 2008, Julia’s father, Capt. Robert Yllescas, was injured by an IED in Afghanistan. He was flown to National Naval Medical Center in Bethesda, Maryland, but died one month later. He was buried in Nebraska, according to KOLN.

“It hurts and it’s absolutely suffocating,” the high school senior told CNN. Although more than a decade has passed since she has seen her dad, Julia’s senior pictures make it seems as though he’s still with her.

With the photos she took, Susanne was able to create the “angel picture” Julia had hoped for.

“I was teary-eyed when I was editing them, all I could think in my head is I don’t ever want to have to do this for my own kids,” Susanne, who is an active-duty military wife, told KOLN.

When Susanne shared the photos of Julia and her father online, there was an immediate reaction. She’s since received requests from others asking if she could superimpose images of their loved ones.

The breathtaking photos of Julia holding an America flag next to her father and the two of them looking into each other’s eyes have been shared more than 45,000 times since Susanne posted them on her Facebook.

“I can’t even put into words how it makes me feel, knowing he’s still with me,” Julia said.

Even though Julia’s father is not physically with her, he’ll always be right by her side.

These are such beautiful photos. I couldn’t help but tear up when I saw them.

Share this if you cried while viewing these photos! Also, let’s thank Susanne for creating such stunning photos for Julia and her family.