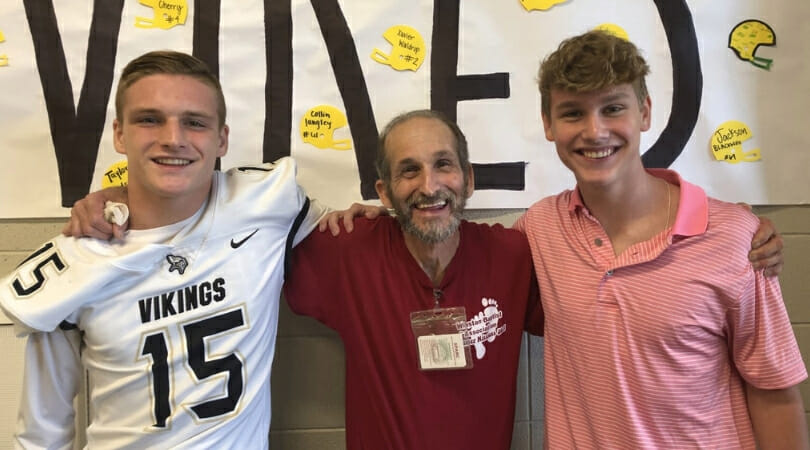 The nation’s youth takes plenty of stick these days, but the truth is there remain good kids out there.

Anyone doubting that need only look as far as sophomores Sam Hice and Preston Reed. The pair, students at Jasper High School, have gained notoriety after surprising Custodian Travis Kennedy with a special gift.

Kennedy, who by all accounts is a role model for kids at the school, has carved as a reputation as a mentor and fast friend. Sam and Preston decided it was high time he was rewarded for it.

That’s Travis Kennedy in the middle. He’s a custodian at Jasper High School. His truck is 30 years old and not the most reliable, but that’s where these two students come in. They started a GoFundMe to get Travis a new truck. A great story for a really deserving man. More at 5. pic.twitter.com/7h9Tbo4i7O

According to reports, Custodian Travis Kennedy makes a 20-mile commute to and from work every day. Students Sam and Preston noticed that Kennedy’s truck was worn-out and in poor condition, and they wanted to make a gesture to show him how much he was truly appreciated at the school.

Conjuring a brilliant idea, Sam and Preston clubbed together and started a GoFundMe Page titled “Travis the Janitor” to collect funds to buy him a replacement.

The GoFundMe Page details how Kennedy is a hardworking, honest man who “deserves much more than a new truck”.

Needless to say, the two boys have been taken aback by how quickly their effort has grown.

Kennedy, who has worked at Jasper High School for 22 years, was overwhelmed.

“I never knew I was living like that,” he said. “You know, you didn’t know you were impacting them. I didn’t know I was impacting them. But, you know, you got to live truthfully. You’ve got to be honest. You have to try to do things right. And I was made to do that. They ran through the halls and ask me how I’m doing, and i just say ‘I’m blessed’ and ‘I love y’all.’”

Sam and Preston first met Kennedy during their 8th-grade year, and he’s been a friendly face in school ever since.

Well, that certainly put a smile on my face! Way to go Sam and Preston, your parents must be so proud of you.

Share this article to help the boy’s reach their goal!