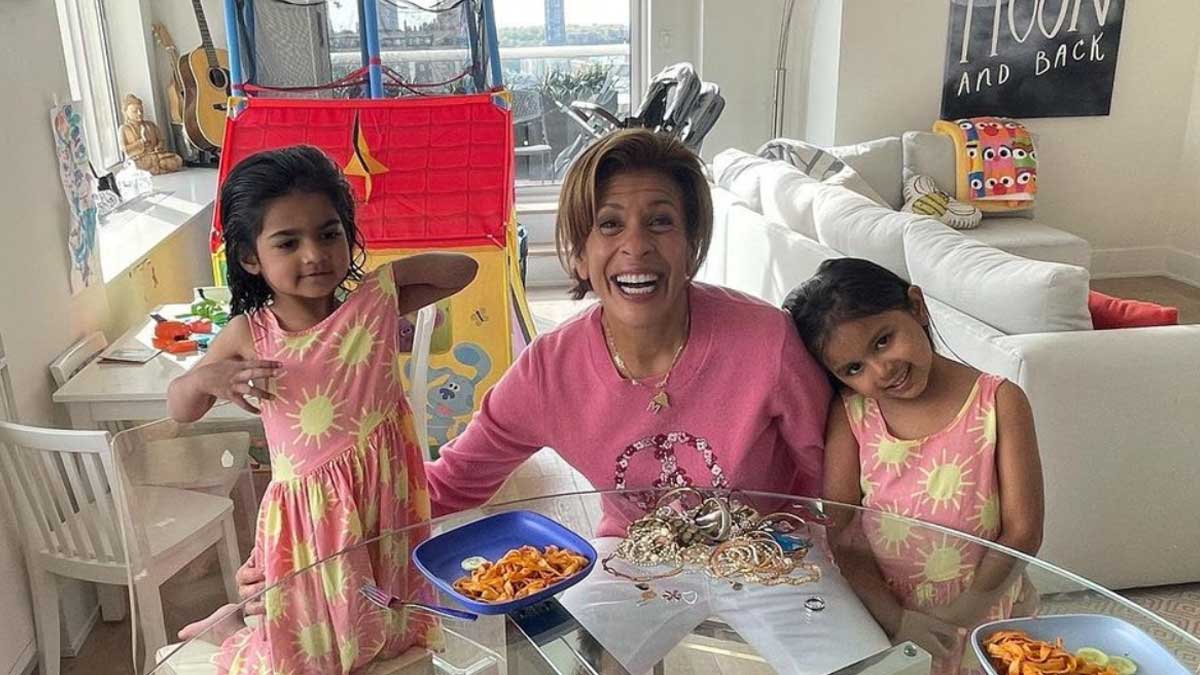 While birthrates have declined over the past 30 years for women in their 20s, a report from the U.S. Census Bureau shows that more women are having children in their 30s and 40s.

And while many feel more prepared, some do have concerns about being an older parent and the possibility about not being around for important events in their child’s life.

Hoda Kotb, co-anchor for the TODAY show, recently shared her thoughts about being an older parent to two young girls.

“When I look at them, I think of them together forever. I picture them at their weddings. I picture them when they’re old in rocking chairs sitting with their families,” she said. “I won’t be witnessing that — but I’ll be able to know for sure that they’ll have one another.”

“Family to me is everything— and having one of my own is something I never thought I’d have,” she told People.

Prior to adopting Haley, Kotb battled breast cancer and went through a divorce that left her wondering if her family would ever expand past her parents and siblings.

“I always imagined family as my mom, my dad, my brother, my sister,” she said. “I envisioned it that way until I was 50. Imagine someone saying, ‘Hey, guess what? You’re actually going to have a whole other family.’ It still surprises me!”

Four years after she began a relationship with her now former partner, Joel Schiffman, she announced she had adopted a baby girl named Haley Joy Kotb. Two years later the couple announced they adopted another girl, Hope Catherine Kotb.

In 2021, she revealed plans to adopt a third child, however the pandemic put those plans on hold.

“It’s definitely in the universe for me,” she said. “I feel like whatever is meant to be is meant to be. But I know a few things. I have love and time, and we have an open space. Every time I see a child who needs something or read about a child, my heart’s breaking. I’m like, I know if we could invite them into our home just what it would mean. Not just for the child, but for us.”

While we would all love it if our children stayed young forever, this year Haley starts kindergarten and Hope will begin Pre-K.

Kotb could wonder if she’ll be around for her daughters’ big moments – her father died at 51 – but she said there’s no use in trying to predict what she will or will not witness.

“I’m just glad that I have two girls who will have each other forever. So I try to keep that in my back pocket.”

No one knows when their last day will be, so you have to live each day to its fullest. Being an older parent does not limit how much love you are capable of providing a child.

Please share if you are a fan of Hoda Kotb.