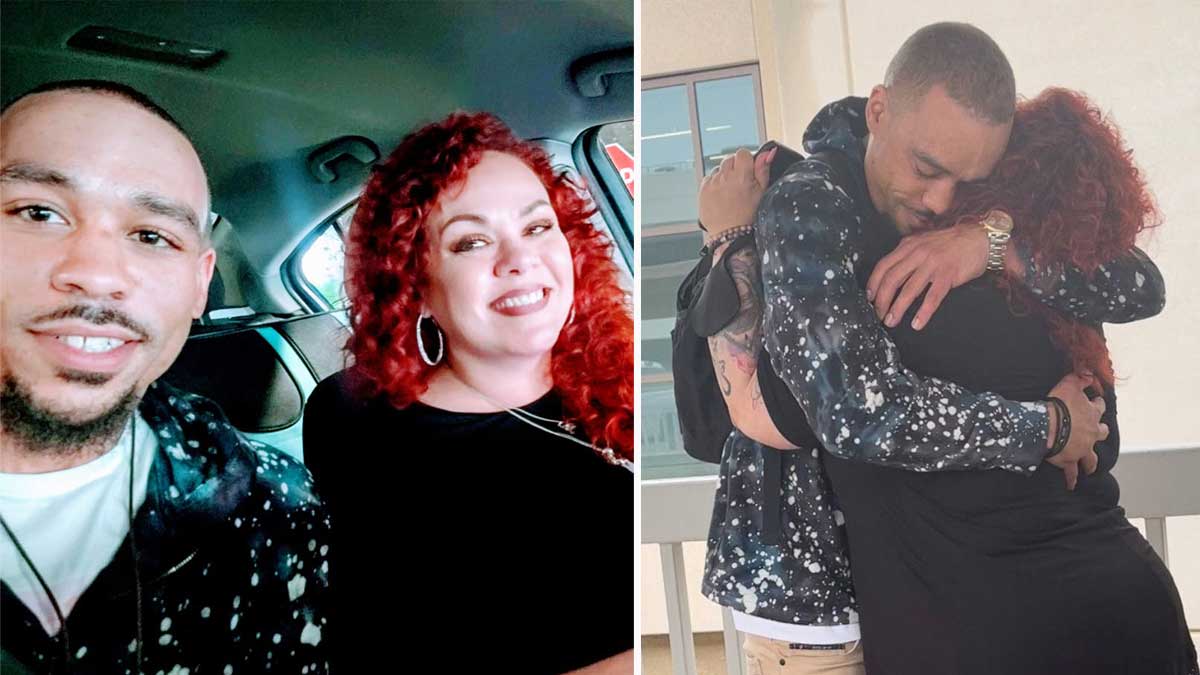 Putting a child up for adoption may be one of the hardest decisions a person makes in their lifetime, but it is also one of the bravest and most selfless decisions.

Shelley Pitts of Texas made the difficult decision when she was only 14 years, agreeing to give her baby boy a life she could afford to give him.

Every year on his birthday Shelley thought of her son and wondered about his life. But with a closed adoption, she was unable to find out any information and was at the mercy her biological son wanting to reach out to hear.

Then one day, on her son’s 33rd birthday she came across a profile that belonged to a person who resembled her son. She sent a short message stating she was the man’s birth mom, and well…the rest is history.

“I was 14, pregnant, and in total disbelief. In my naïveté, I thought I could will the pregnancy out of my body. Maybe if I didn’t acknowledge my lack of a menstrual cycle for 2 months, it wouldn’t be real. ‘I’m too young to have a baby,’ I said to myself. Why hadn’t I told my mom to put me on birth control? What were people going to say?” Shelley shared with Love What Matters.

During her first trimester Shelley continued on like nothing was changing, but by the third month she told her boyfriend Sidney that she was pregnant.

The two, who had been together since they were 12 and 13, were giddy about the thought of having a baby, but also scared about any repercussions when they broke the news to their parents.

So they decided to keep the news to themselves.

The teenage couple tried their best to keep Shelley’s pregnancy a secret, but once she started to show it became difficult to hide and rumors began to spread throughout their high school.

“Nobody asked questions though. It was taboo for more reasons than just a teenage pregnancy,” Shelley said. “Our story was always the subject of gossip and judgment. We were the only interracial couple who was fully public and out for everyone to see. We didn’t hide our relationship like so many other couples where the boy was black and the girl was white, even if it was the expectation in Texas during the late 80s.”

They were in love, and in their minds nothing could pull them apart.

Except for their parents.

Although disappointed, both families agreed that adoption was the best option.

“Giving our baby up for adoption seemed like the right thing to do. I kept telling myself it was for the best. It had to be, didn’t it?”

Sadly they did not have many options when it came to an adoption agency as even in the late 1980’s in Texas they only came across one that would accept to help someone with a biracial baby.

During the final months of her pregnancy Shelley was given a place to stay. And while she had access to medical care, she did not have access to her family and boyfriend for support.

“Although they were welcoming, it was awkward and lonely. Leaving Sidney behind was gut-wrenching. I was accustomed to seeing him almost every day, and now all we had were brief phone calls and letters.”

On March 29, 1988 when Shelley gave birth no one from her family was present. She held the adoption agency caseworker’s hand as she delivered her baby boy.

Despite multiple people advising against it, after her son was born she held him before saying goodbye.

‘He was perfect, but he wasn’t meant to be mine.’

As the years went on Shelley married, gave birth to three daughters, and divorced. While her daughters always kept her busy and she loved them with all her heart, every year on March 29 she remembered the son she gave up for adoption.

She also wondered if she would ever figure out the answers to all the questions she had about her son’s life. Since it was a closed adoption she knew very little.

Shortly after his 30th birthday, Shelley began researching adoption reunion websites and Facebook pages. She hoped the little baby she gave up three decades earlier was looking for her too.

It wasn’t until March 17, 2021 that she came across a man whose profile matched 81% of her search criteria. She tried not to get too excited, but sent the man a message anyways.

Shelley couldn’t wait for a response, she had to look up the man named Daniel Smith on Facebook. And it was on Facebook where she knew it was her son.

“The eyes staring back at me were mine. The lips were his father’s. I knew it instantaneously. I found my son!”

She sent him another message on Facebook, this time wishing him a happy birthday and telling him that she was his birth mom.

After several agonizing days of no response the two finally connected. They spoke for more than three hours on the phone and arranged for Daniel to travel from his home in Virginia to Texas to see his biological family.

One month after Daniel’s 33rd birthday he made the trip to Texas, and mother and son were reunited.

“The first hug from Daniel was unlike anything I’d ever felt. My heart filled up and overflowed.”

Although six days together couldn’t make up for the 33 years apart, the mother and son did their best to catch up. As a parting gift, Shelley gave her son some of the letters his father wrote her while she stayed at the adoption agency.

Hopefully the two continue to keep in contact so they can make up for lost time.