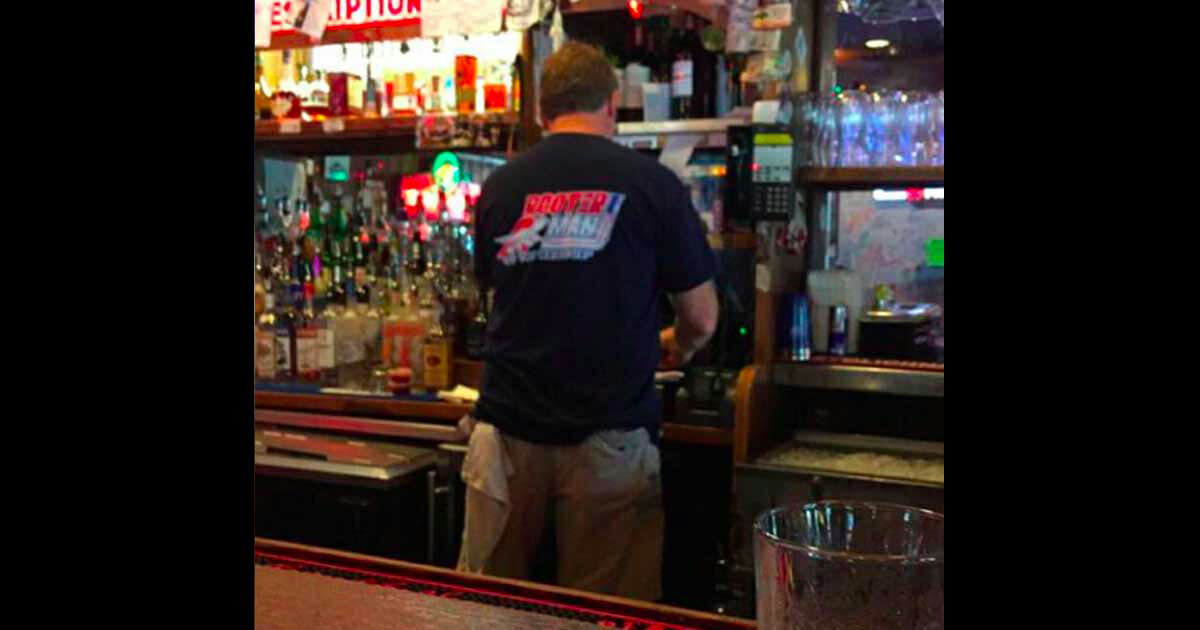 Many of us are content to turn a blind eye to it, but homelessness remains a serious problem in the modern world.

Take to the streets of any major city and the chances are you’ll see homeless men and women before too long. They all have their own different, often unfortunate, pasts, but they’re united in the fact they no longer have a place to shelter them from the wind or cold; no abode to call their own.

It’s easy to forget that homeless people are people just like you and I. It’s a simple thing to term them homeless and walk right on by without pause for thought as to the circumstances that led them to the place they’re at now.

Beck, a bartender who works at popular hamburger joint Huey’s in Memphis, Tennessee, is one such person. He was working one day when a homeless man entered the restaurant and asked what he could afford to eat with the $2 he had.

FortunatelyDawn Wilt was dining at Huey’s at the time, and so caught Beck’s response.

Without skipping a beat, Beck asked: “What you want man, a burger? Do you want fries or onion rings?”

The homeless man was taken back. Shocked, he could only manage “God Bless You” as Beck pressed on with the order.

“What do you want to drink?” Beck asked.

“Water,” the man replied, in spite of the fact he could have ordered whatever he liked.

Beck got to work prepping the meal, not dwelling on the fact that he was doing something exceptional.

And the best part? That wasn’t the end of the story, but merely the beginning. As Dawn’s retrospective Facebook post explains:

“I say cheers to Beck for having a HEART.. He reminded me of the bartender in Its a wonderful life.. every time a bell rings a angel gets his wings.. Beck you get the wings today.. Made my heart smile.. Please share this Beck deserves it..”

God Bless Huey’s…. George is smiling down .. The bartender Beck greeted a homeless man with “what can I get you man”…

If all of us took the time to look past circumstances and be the good we want to see in the world, this earth would likely be a far nicer place to live in.

We think that Beck deserves praise for making this man’s day when he could so easily have followed protocol and ignored his needs.