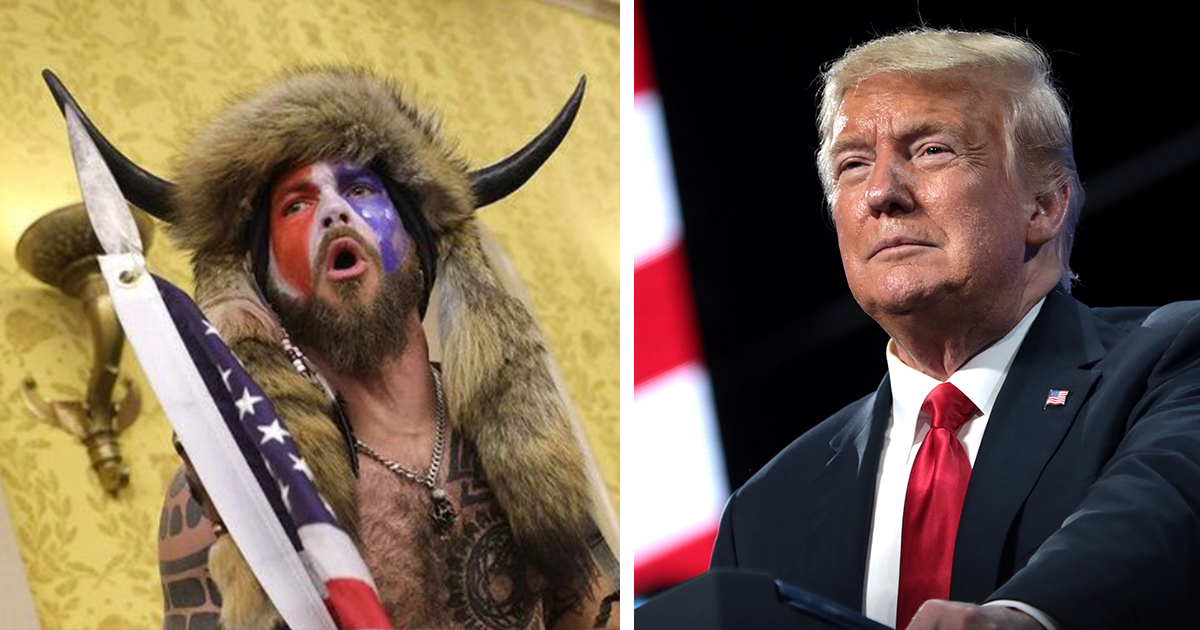 The lawyer for the US Capitol rioter who made headlines when images of him surfaced wearing a horned headdress and paint has said his client regrets having been “duped” by former president Donald Trump.

The self-dubbed “QAnon Shaman”, Jacob Anthony Chansley, was amongst those to storm the Capitol Building on January 6, and was arrested shortly afterwards after he went viral for his unconventional appearance.

Chansley’s lawyer, Albert Watkins, has now told sources in the U.S. that his client regrets what he did, and believes he was tricked into marching on the Capitol by Trump.

As per reports, Watkins said his client: “Regrets very, very much having not just been duped by the President, but by being in a position where he allowed that duping to put him in a position to make decisions he should not have made.”

Wakins then argued that Chansley was “invited” to protest the results of the 2020 presidential election by Trump, along with thousands of others who were in and around Capitol Hill that day.

“Let’s roll the tape. Let’s roll the months of lies, and misrepresentations and horrific innuendo and hyperbolic speech by our president designed to inflame, enrage, motivate,” Watkins told KSDK-TV.

“What’s really curious is the reality that our president, as a matter of public record, invited these individuals, as President, to walk down to the Capitol with him.”

Admittedly, the attack on the Capitol came mere hours after Trump held a “Stop the Steal” rally, encouraging his followers to fight in order to take back a “stolen election”.

And fight they did.

That in spite of the fact that the Trump administration couldn’t back up their claims with a shred of credible information.

Mr. Chansley is currently being held awaiting charges of disorderly conduct, violent entry and illegally being on restricted spaces within the Capitol grounds in Washington, D.C..

His lawyer, the aforementioned Watkins, publicly pleaded with Donald Trump to pardon his client before the latter departed office, though to no avail.

What do you think should be done with the Capitol rioters? Let us know your thoughts in the comments box on Facebook.

Meanwhile, share this article on Facebook if you believe they should face the full force of the law.