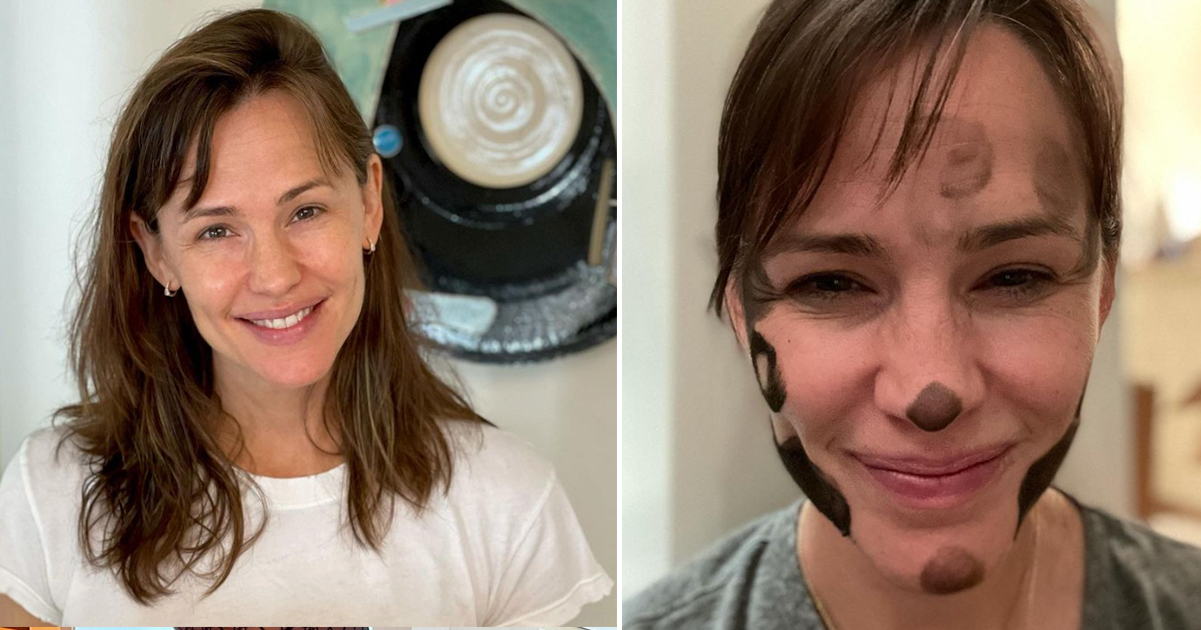 In the other-worldly tempest of lights, cameras and attention that is Hollywood, it seems very few individuals are able to exist without selling at least part of their soul.

Whether by design or by accident, making it big changes almost everyone in some way, and so those few who are able to remain true to themselves and their core values really should be respected.

Jennifer Garner most certainly sits in that category of celebrity.

Now 50 years old, the actress has been a mainstay in the Hollywood spotlight for long years, but if anyone can lay claim to never forgetting where they came from, and not letting the money and fame get to their heads, it’s her.

Garner is no stranger to posting photos where she’s not caked in makeup, and to our knowledge she’s never been one to indulge in operations or ‘treatments’ to alter her physical appearance.

The result? Well, at 50, we think she looks absolutely beautiful …

Jennifer Garner has had an incredibly successful career, to say the least. In 2001, she was a household name for her series Alias in which she played the lead role. She has also played some great roles in movies, her most iconic one perhaps being 13 Going On 30.

Her marriage to Ben Affleck was highly publicized because of the celebrity status of both actors. In 2005, the couple tied the knot and moved into their home in the Pacific Palisades area of Los Angeles County. But since their divorce, the couple has, of course, moved out.

After the couple moved out of their home, she rented a place in the same neighborhood for her and her children, Violet, Seraphine, and Samuel. The rental was 10,500 square feet, with six bedrooms and seven-and-a-half bathrooms. The house came with hardwood flooring throughout and a remodeled kitchen and breakfast nook. The backyard also sported a spa and a swimming pool.

Yet while she has no issue spending her hard-earned money on nice things, she’s undoubtedly humble at heart.

It must be tough for her, juggling the opposing roles of mother-to-three and high-profile celebrity to millions.

Indeed, the Elektra star knows only to well that Hollywood can create unrealistic expectations, and that actors are often confused for the roles they take on. It’s something she has considered with regards to her children and how they perceive her.

She once opened up on the subject of makeup, stating:

“We can almost all wear less than we think because, to me, I don’t want my kids or people to only see the actor version of me that is perfectly made up by brilliant artists and think that’s how I look. I want to look normal and I want to normalize looking normal.”

What’s more, Garner is said to do her best to stay away from photos and articles about herself. She knows that they seldom make her feel better about herself.

On the contrary, despite the fact that the actor is beloved by so many, there remain detractors; mean internet trolls who say horrible things about her simply to try and get attention.

To such negative people, Garner has a simple response:

“It is better to focus on how you can leave the world a better place than fixating on how your face doesn’t look like it used to.”

One look at her Instagram paints the picture of the loving, down-to-earth mother she is. Her content is wholesome to say the least, centered largely around homemaking and her baby-food product line.

The 50-year-old credits her parents with instilling values that have helped to mould her approach to life. She wasn’t allowed to wear a lot of make-up growing up, and her mother and father were always sure to remind her that her character on the inside is far more important than the face she presents to the world.

Garner said: “It’s important to be in love with how you look without any makeup on and with your hair in a bun.”

The actor has gone on record as stating that she encourages her daughters, Violet and Seraphina, to be comfortable in their own bodies – she makes a point of instructing them not to pick faults on their skin.

I don’t know about you, but I think a lot of other celebrities could learn a thing or two from Jennifer Garner.