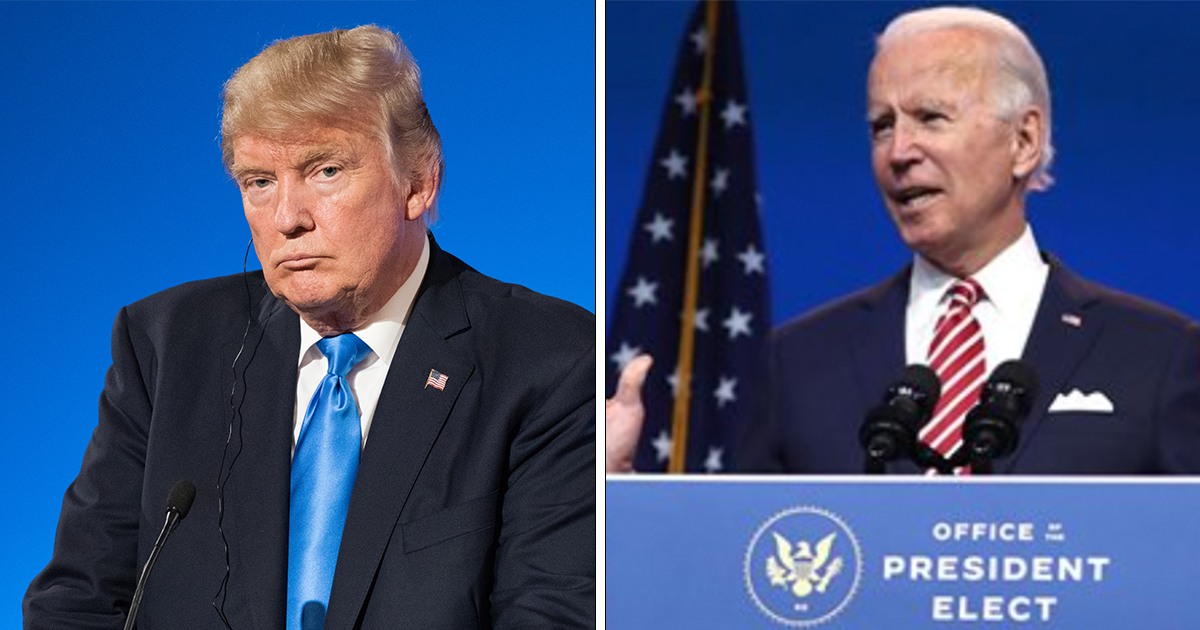 Fueled in the main by Trump and his team’s refusal to accept the election results – despite there having been no evidence put forward to suggest they did not lose fairly – Trump and Biden continue to trade insults.

Yesterday it was Biden’s turn to throw shade, and he did so by claiming that his rival – America’s 45th president – “will go down in history as being one of the most irresponsible presidents.”

Biden met with Republican and Democratic governors yesterday as part of the effort to get around the fact that Trump’s administration continues to refuse his transition team access to federal agencies. After that meeting, the President-elect said Americans are “witnessing incredible irresponsibility” on the part of Trump.

Outrageous or not, Trump is showing no signs of conceding defeat. As per reports, the POTUS invited Republican state lawmaker from Michigan to the White House on Friday in the midst of mounting a multi-state effort to overturn the election results.

Trump’s lawyer Rudy Giuliani and attorney Sidney Powell yesterday held a truly astonishing press conference wherein they launched a series of sensational, unfounded claims, and offered up little to no evidence to back them up.

Biden, meanwhile, said he continues to build his new administration, and has now chosen a nominee for Treasury secretary.

“You’ll find it is somebody that will be accepted by all elements of the Democratic Party, from the progressive and the moderate coalitions,” Biden said to reporters in Delaware.

As for the meeting with the governors, during which Biden discussed proposals such as a nationwide mask mandate and plans to distribute a coronavirus vaccine, amongst other things, Biden said: “This is not a one-off meeting.

“We agreed that we’ll continue to meet with the governors on a regular basis; continue to seek their input.”

I don’t know about you, but I’m tired of all this back and forth between Trump and Biden. Unless the Trump administration puts forward some clear, hard evidence that points to the contrary, I think they should accept defeat gracefully!

What do you think? Let us know your thoughts on the ongoing debacle.

Meanwhile, share this article on Facebook if you’re praying for a strong and safe America over the next four years.