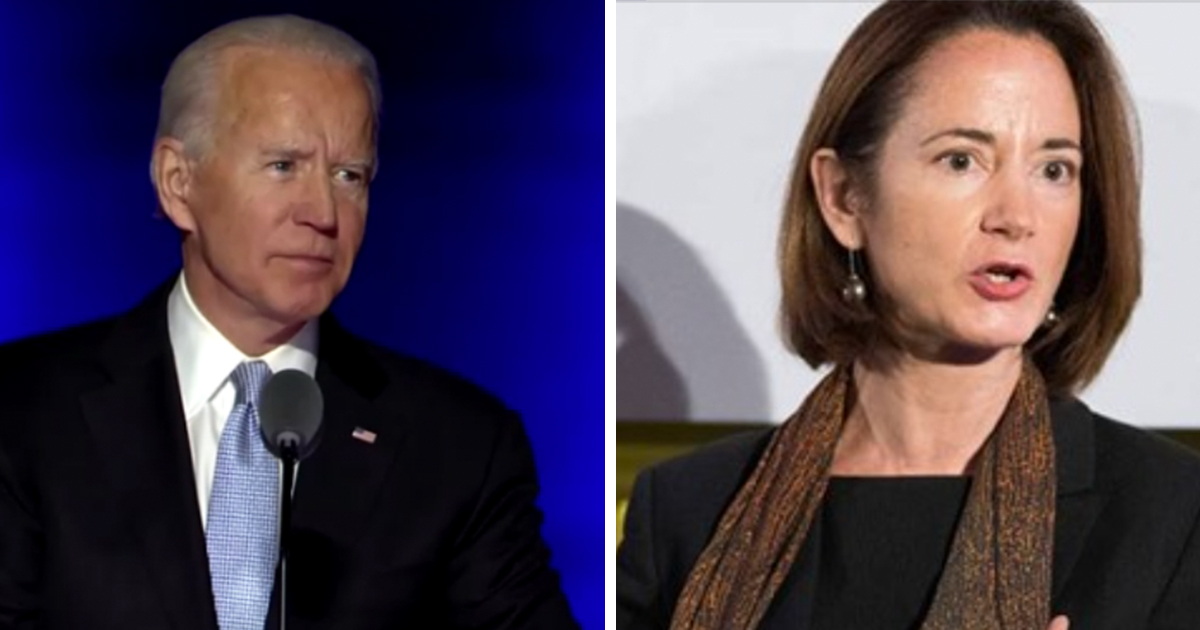 President-elect Joe Biden might be having to take the long road to the White House as a result of Donald Trump‘s refusal to ensure a smooth transition, but he’s still making moves and breaking ground as he prepares for his presidency.

As per reports, Biden is set to nominate the first-ever woman to lead the US intelligence community.

Avril Haines, former deputy CIA director and deputy national security adviser, will become the highest-ranking woman to ever serve in the US intelligence community once she takes office.

Haines, said to have played a key national security role in Biden’s transition team, served as deputy assistant to former president Barrack Obama in 2010 after joining the State Department as a legal advisor in 2008.

According to NBC News, she then became the first woman to serve as deputy director of the CIA when she joined the agency in 2013.

The New York Times has reported that Biden will name several of his top national security choices on Tuesday, November 24.

Joining the aforementioned Haines will be Alejandro Mayorkas, who is set to be nominated as Secretary of the Department of Homeland Security – he’ll be the first Latino person to hold that particular office.

“We have no time to lose when it comes to our national security and foreign policy,” Biden said, as per the New York Times.

“I need a team ready on Day 1 to help me reclaim America’s seat at the head of the table, rally the world to meet the biggest challenges we face, and advance our security, prosperity, and values. This is the crux of that team.

“These individuals are equally as experienced and crisis-tested as they are innovative and imaginative. Their accomplishments in diplomacy are unmatched, but they also reflect the idea that we cannot meet the profound challenges of this new moment with old thinking and unchanged habits — or without diversity of background and perspective. It’s why I’ve selected them.”

Only recently did it become public knowledge that Biden broke new ground in appointing trailblazing transgender war veteran Shawn Skelly to a role within his presidential transition team.

At the time of writing, current POTUS Donald Trump continues to refuse to concede defeat, despite losing the 2020 presidential election.

His failure to acknowledge Biden as his successor has been criticized in many quarters, as a lengthy or tricky transition between administrations places more American lives at risk in the ongoing COVID-19 pandemic.

I don’t know about you, but it pleases me to see Joe Biden taking a fresh, proactive approach to his upcoming presidency.

What do you think about him nominating Avril Haines to be the head of the US intelligence community? Let us know in the comments section.

Share this article if you hope and pray America can prosper and grow over the next four years.