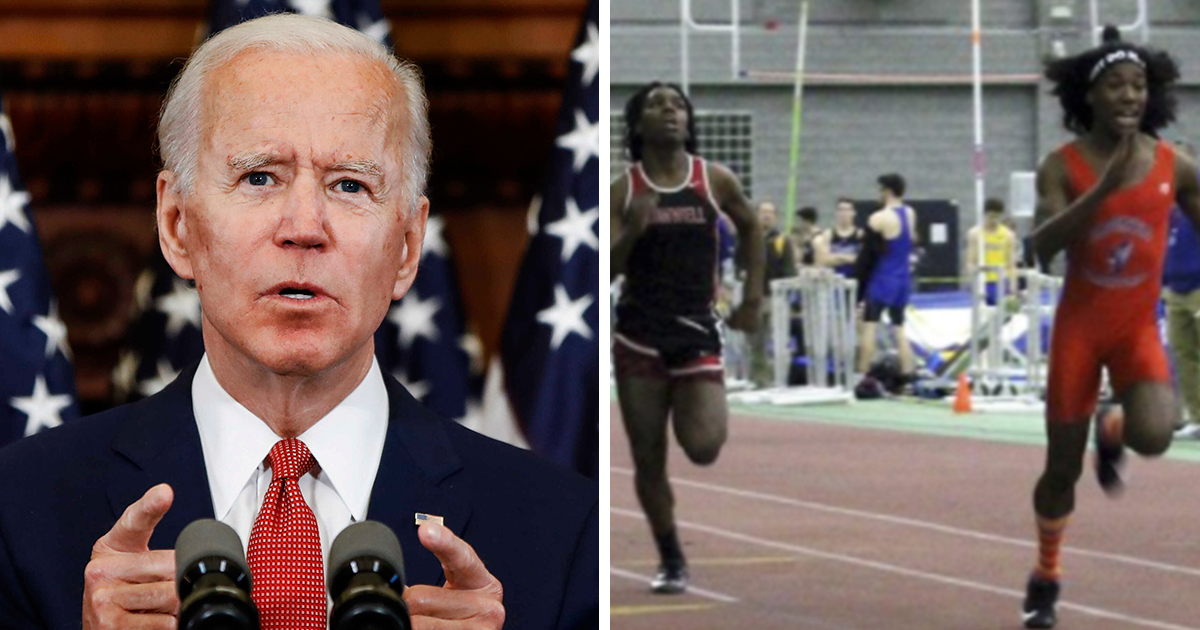 President Joe Biden might not have been in office all that long, but he’s wasted no time at all in moving to undo some of the damage wrought by his predecessor.

It should come as no surprise at all that Biden and Donald Trump differ in opinion on a great many things, but the swiftness with which the former has moved since taking office may have surprised many.

Well, the current POTUS has made headlines again for his decision to withdraw the US government’s support from a lawsuit aimed at banning transgender athletes taking part in girls’ high school sports events.

As per reports, the federal lawsuit – launched in Connecticut by several runners – had been backed by Trump’s administration. The aforesaid runners claimed they had missed out on a number of wins after being forced to compete against transgender sprinters.

Current laws in the state allow athletes to compete by their gender identity rather than whether they were male or female at birth.

Naturally, there have been complaints from certain circles who believe male athletes who transitioned to become females have an advantage. The opposition argues that any such advantage no longer applies once hormone therapy kicks in.

The Connecticut Interscholastic Athletic Conference claimed it had followed state law, but was met with letters threatening to cut off federal funding from the Education Department’s Office for Civil Rights.

The Trump administration had given the government’s backing to the lawsuit brought forward by the runners. In contrast, Biden’s Justice Department, as well as the Education Department’s Office for Civil Rights, has withdrawn its support ahead of the planned hearing on February 26.

As per NBC News, the Department of Justice said in a statement on Tuesday, February 23: “The government has reconsidered the matter and hereby notifies the Court that it withdraws its Statement of Interest.”

At the time, the POTUS said: “Children should be able to learn without worrying about whether they will be denied access to the restroom, the locker room, or school sports.”

What do you think to Joe Biden’s U-turn regarding the lawsuit mentioned in this article? Let us know your thoughts on this contentious issue in the comments box on Facebook.