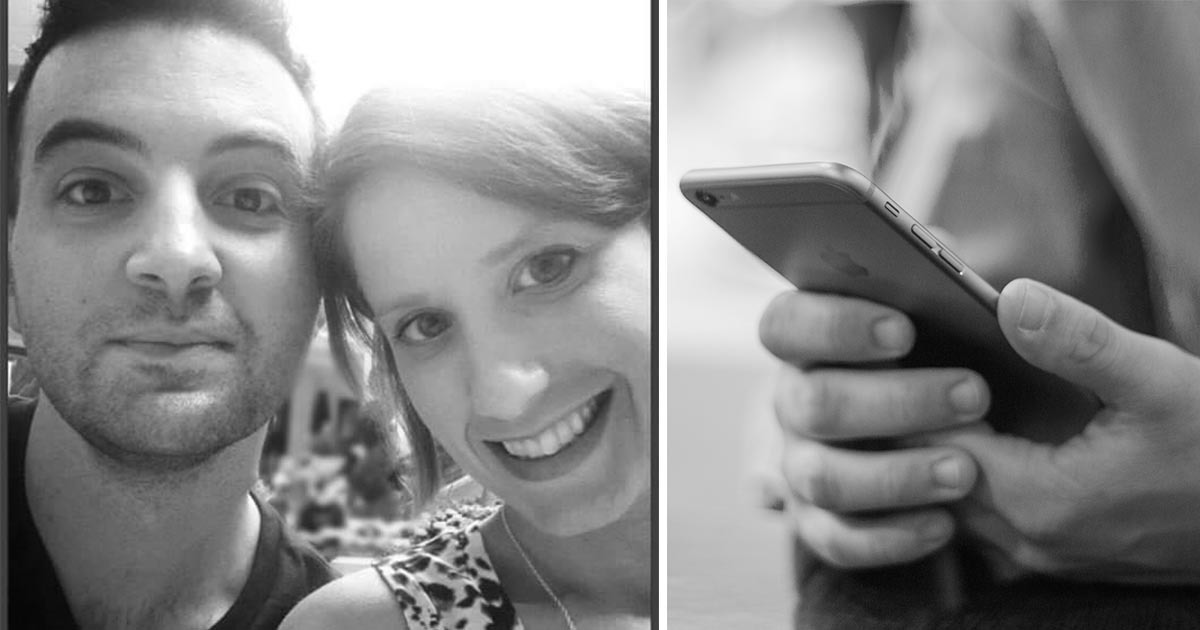 Michelle and John were high school sweethearts and at 31 and 30 they were still very much in love and together.

But sadly things took a dark turn when Michelle got sick and suddenly one day died. John’s entire world was turned upside down.

One week after her death, he went through his girlfriend’s cell phone, he found a picture that made him break down completely.

It is said that true love never dies, and it seemed the case for John Polo and Michelle — high school sweethearts who found each other once again as adults. Something out of a romantic movie.

The year was 2013 when they decided they wanted to get married and declare their love for one another. But the wedding day they dreamed of never happened.

That same year, the doctors had informed Michelle that she had an uncommon and severe cancer. When the disease spread in 2015, the couple began to count their days, and therefore decided to plan the big wedding they had always dreamed of, The Daily Mail reports.

But sadly, two weeks before the wedding day, Michelle passed away — leaving John in a state of shock as how quickly the disease had ended her life.

Just one week after the death of his dear Michelle, John laid in bed one day and gathered enough courage to look through his beloved dead wife’s phone.

That’s when he saw a picture that made his heart beat even more than it already was.

“I was happy and devastated at the same time, but if I had to choose one emotion to describe how I felt when I saw it, it would be pride,” he told Daily Mail. “I felt pride she was my wife.”

On her phone, there was a picture that Michelle had never showed him. A picture of her looking happy in the wedding dress she was going to marry John in.

“That’s my wife. In her wedding dress,” John writes in an emotional post on his Facebook page. “A wedding dress that I never got to see her in.”

The post which was accompanied by the picture itself, is posted on a Facebook page John created called ‘Better Not Bitter Widower’. A page for him to process his grief as well as a way to honor his wife.

We might lose the ones we love but the love will never die.

Feel free to share this moving and beautiful story about true love.