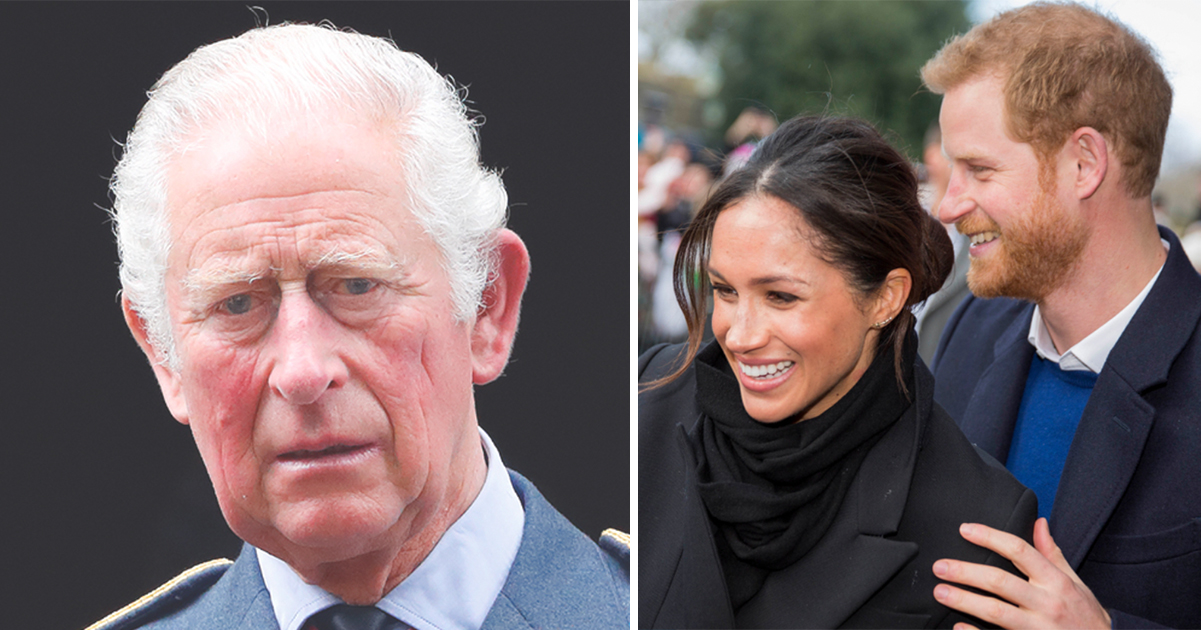 The dust is finally beginning to settle on Buckingham Palace in the wake of Queen Elizbaeth‘s passing.

The UK’s longest-ever reigning monarch died last month at the grand old age of 96, having presided over the English throne for an incredible 70 years.

Indeed, mourners from all around the world paid their respects to her as she was laid to rest following a lifetime of service. Her son, Charles, becomes King, a role he has surely been mentally preparing for since he was old enough to have cognitive thought.

Yes, the passing of Queen Elizabeth closes the door on one era of British history, but it simultaneously opens another. Long have the public pondered how Charles would be as King; long have they wondered how things would look for the royals with Elizabeth no longer at the helm.

Now they get their answer. Charles himself is 73 – he waited longer than any other heir apparent in history before ascending the throne – and it can be assumed he’ll want to waste no time at all in putting the wheels in motion to ensure a smooth transition between the way things were done during his late mother’s reign, and how things are going to be done moving forward.

It should go without saying that he’s got plenty to do. After all, being the King of England isn’t all eating cake and sitting on a nice fancy chair.

No, apparently there’s a good deal of work involved (who knew?!) and amongst his most pressing tasks will be the touchy subject of his son, Prince Harry, and his partner Meghan Markle.

So what is Charles likely to do there? How does he view his youngest son and his partner? What nickname did Charles give to Meghan when she joined the royal fold?

Here’s all you need to know …

There are few events in history that have united the UK quite like the passing of Queen Elizabeth.

The dust may finally have settled after her death – the show, after all, must go on – but that shouldn’t take away from the fact that the eyes of the world were almost solely trained on Buckingham Palace after word of the Queen’s passing came to light.

It’s safe to say millions of people will miss Her Majesty in their own way. Of course, her family members and the staff who spend much of their working lives in and around her presence, will feel her loss keenest of all.

But the sheer magnitude of Queen Elizabeth’s role means that – at least for the people of the UK – she took on an almost grandmotherly aura.

The lives of the members of the Royal Family are slowly returning to normal as they resume their duties following the Queen’s passing. For Camilla and King Charles, that means several new engagements, especially for the King, who unfortunately has to step down from some of his charitable work.

Amongst the multitude of duties the new King will now take on, paramount will surely be an emphasis on the cohesiveness of the Royal Family itself moving forward.

For make no mistake, the British royals have been on shaky ground these last two years, not least due to the fact that a few of their number have been embroiled in controversy.

Prince Harry and Meghan Markle made headlines in 2020 when they officially announced that they would be stepping back from their royal duties in order to pursue lives outside of the searing spotlight that is ever trained on Buckingham Palace.

The fallout from Harry and Meghan’s decision to not only step back from the Royal Family but then to also leave UK altogether has been naturally widespread. Sensational headlines and head-spinning rumors are never far away where the royals are concerned, and that one of Princess Diana’s sons would choose to leave, and then dish the dirt, on his family, makes for the perfect storm.

And dish the dirt he did.

As you may remember, 2018 was the year Harry and Meghan tied the knot. As early as 2019, Prince Harry then dropped the first hint that not all was well regarding their daily lives as working royals. During a tour of South Africa, he famously revealed that Meghan was “struggling”, and confessed that he and William had “good days” and “bad days”.

The comments made by Harry came mere months before he and Meghan stepped back from their royal duties. They would infer during the infamous tell-all sit-down chat with Oprah Winfrey that not enough was done to help Meghan when she was at her worst while living in England.

In fact, Harry and Meghan opened up to Oprah regarding a number of trials and tribulations they had faced at the hands of Harry’s family and the British press.

Harry has been in the UK since then – he was present last year for the funeral of his grandfather, Prince Philip, as well as for the unveiling of a statue to commemorate his late mother, Princess Diana, and most recently for the Queen’s funeral – but his once-strong bond with Prince William and King Charles remains damaged, if reports are to be believed.

That King Charles will want to bridge that divide should go without saying, especially since Harry is set to release a memoir later this year that could shed further light on things Buckingham Palace would prefer to keep behind closed doors.

Yet there is hope, if reports are to be believed.

After the Queen’s death, it was speculated that Harry had offered his father an olive branch in an attempt to end the in-fighting. Harry and Meghan have now returned to the US to be with their children, but one can expect that he and Charles will maintain some sort of dialogue.

What Meghan thinks to the whole situation – and the possibility of Harry returning to the royal fold in some way to help out, as has also been speculated in some quarters – remains to be seen.

It was Meghan who was most vocal when it came to criticism of the Royal Family, and though she was present for the Queen’s funeral, the idea that she would ever want to move back to the UK in any capacity is, quite frankly ridiculous.

Interestingly, King Charles is said to have his own nickname for Meghan, one coined after she reportedly showed perseverance during her and Prince Harry’s 2018 appearance at the Royal Foundation Forum.

As per Page Six, Charles refers – at least referred – to Meghan as “Tungsten,” a hard steel-grey metal of the third transition series that has the highest melting point of all metallic elements.

In her book, “The New Royals”, author Katie Nicholl writes: “It was, according to one aide, the moment William and Kate, who was heavily pregnant, realized they needed to up their game.

“The Cambridges [now named the Prince and Princess of Wales] had already signalled their intention to be more than ‘ornamental royals’ and had, along with Harry, made a huge success of their mental health campaign Heads Together.”

She continued: “But Meghan was the breakout star of the foursome. She was polished, passionate and funny, using all her TV-honed skills to present her case. That was a wake-up moment for William and Kate when they realized that Meghan was very impressive, very confident and very capable, according to a source.”

What do you think about the royals and how they might move forward under King Charles? Let us know your thoughts in the comments box.