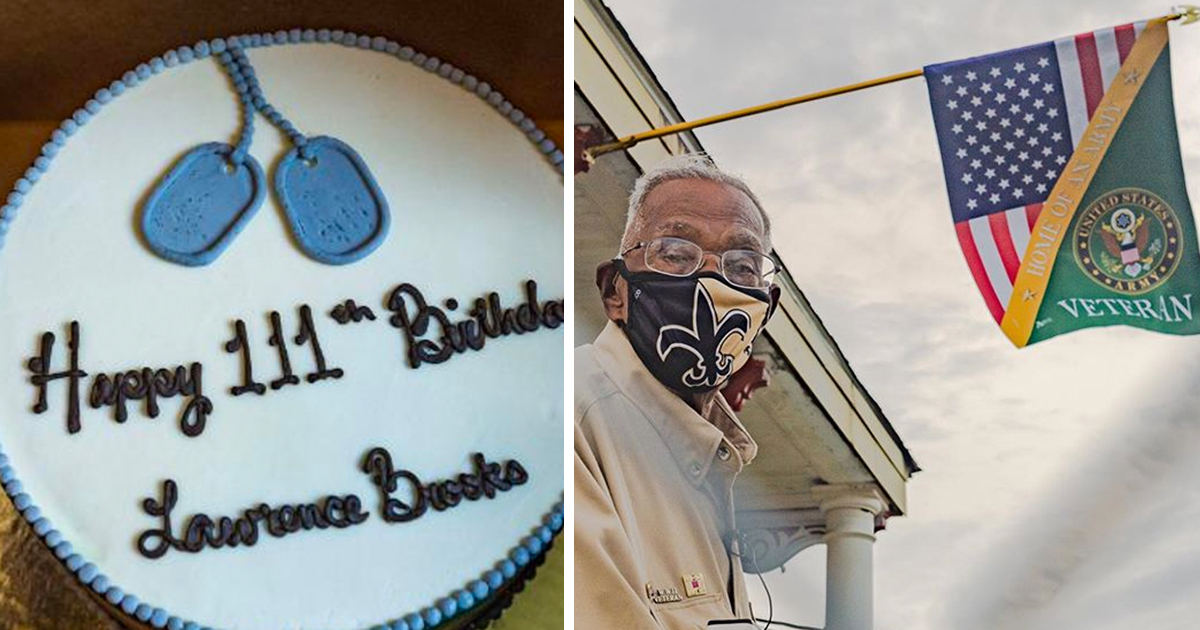 Lawerence Brooks, the oldest living WWII veteran in the U.S., celebrated turning 111 in style at the weekend.

We reported last week how Brooks was preparing to mark his latest milestone and was hoping to be inundated with birthday cards.

Born on September 12, 1909, he served in the U.S. Army in New Guinea and then in the Philipines, in a unit primarily made up of African-Americans.

As per reports, the 111-year-old is one of 300,000 living vets to have fought in World War II. Incredibly, he was already in his 30s when the Allied Forces ended Adolf Hitler’s reign of terror.

Usually, Brooks celebrates his birthdays each year at the National World War II Museum in New Orleans. Given the current coronavirus pandemic, however, he was forced to turn to a socially-distance celebration this time around.

“While we weren’t able to have our usual birthday party at the Museum this year, we were able to host a socially distanced celebration that he could view safely from his porch.

In addition to flyovers, a cake, and a personal performance from the Victory Belles, we were able to deliver the nearly 10,000 birthday cards sent in from around the world. Thank you to everyone who sent a card or birthday wishes for helping us make this day special in a new way!“

Sources say that Brooks received in excess of 9,700 birthday cards this year from all fifty U.S. states, something he was absolutely delighted with.

Stephen Watson, president and CEO of the museum in New Orleans, added: ‘The museum’s mission is to tell important stories of the men and women who served in World War Two. We are honored to celebrate Lawrence Brooks, whose life and service are filled with such stories of bravery and determination.’

Happy Birthday, Lawrence, and thank you for your service. Here’s to wishing you many happy returns.