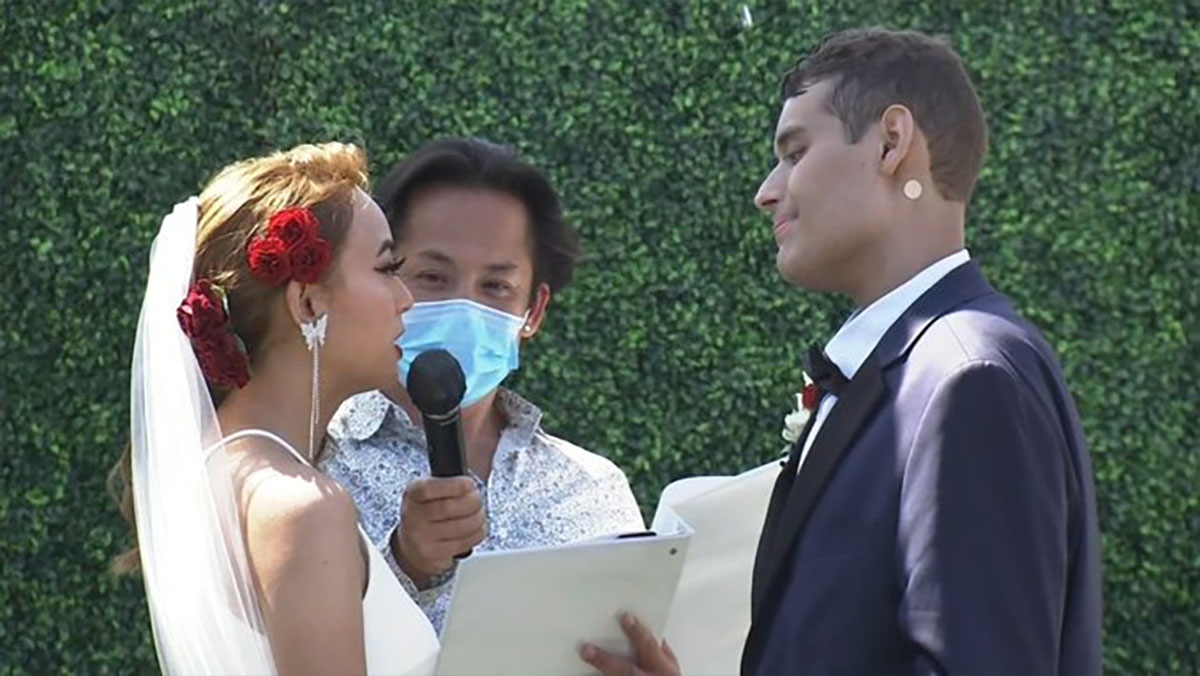 A California man with terminal cancer has tied the knot with his high school sweetheart after learning he has just weeks left to live.

Sergio Soto and Isabella Cristobal organized their wedding in just seven days after Sergio was given the heartbreaking prognosis, as per ABC affiliate KGO-TV.

The 20-year-old was just 15 years old when he was diagnosed with leukemia.

Just before he was diagnosed with cancer, Sergio had met and fallen in love with Isabella. The two attended the same high school in the East Bay and met at a party.

The couple have remained by each other’s side while Sergio battled cancer, but their lives took a devastating turn when Sergio was given just weeks left to live.

The couple decided to tie the knot, and on Thursday said their vows in front of 75 friends and family along San Francisco’s waterfront.

“No matter what happens with my treatment, or whatever happens, I know she’ll always be there, take care of me and stuff, she really makes me happy,” Sergio told ABC affiliate KGO-TV.

“I knew she was the one for me, so that’s why I proposed.”

Sergio Soto told the love of his life Isabella, also 20, that he wished he could live so he could spend the rest of his life loving her.

The couple celebrated their special day at The Ramp, in San Francisco, which donated the venue, food and drinks for the couple.

“The thing about Sergio is, despite him having such a life threatening condition, he’s able to stay positive and able to be himself,” Isabella said.

The couple live at The Family House, a pediatric guest house for children and young people while being treated at UCSF.

I’m so glad that Sergio found Isabella who has supported him through such a tough time.

Help us wish this couple all the happiness and love during this difficult time by sharing this story.