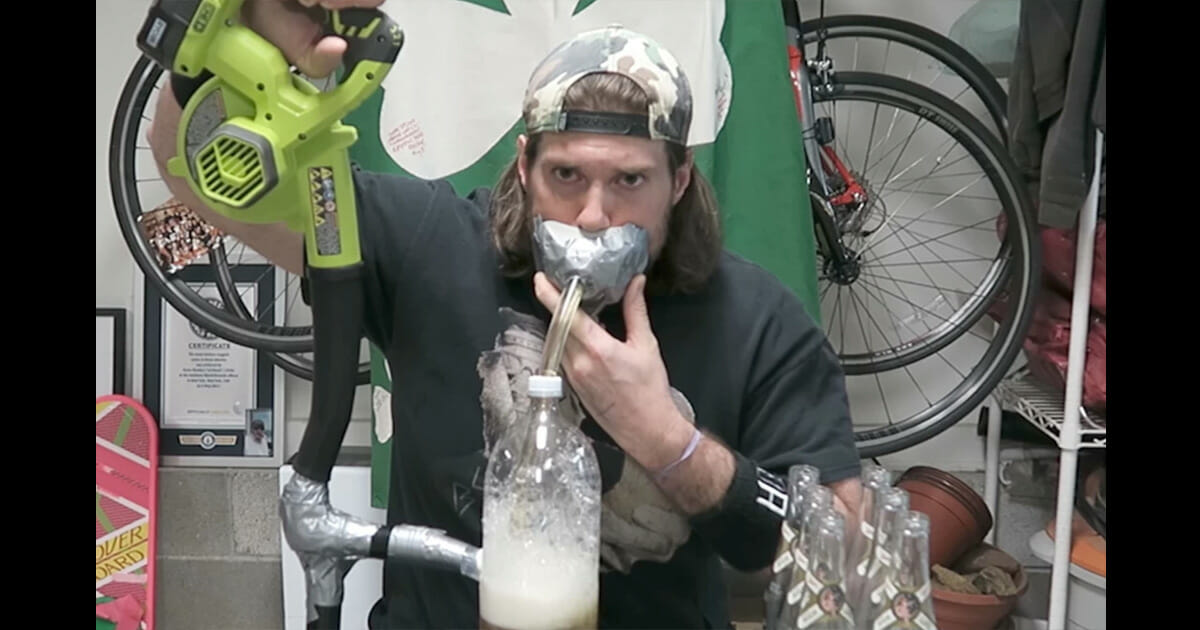 Beer and challenges go together like beer and, well … anything, so it’s unsurprising that we see so many beer-related stunts on social media.

One of the funniest things a man can do with a beer is see how fast he can drink it (while his friends stand around cheering him on). After all, what’s not impressive about someone caning a pint of the good stuff in five seconds flat?

With that in mind, we’ve stumbled upon a video you may very well be interested in. It concerns YouTuber LA Beast and his attempt to sink an entire six-pack’s worth of beer in under 40 seconds.

He has help, mind you, in the form of – wait for it – a leaf blower. The video, suitably titled “Can A Human Drink A 6 Pack of Beer Using A Leaf Blower In 40 Seconds Or Less?” has been seen over 1 million times on YouTube, and we think he might just have something.

Now, watching a man drink beer with the assistance of a leaf blower might not sound all that encapsulating (for some of you, anyway), but the beauty of LA Beast’s video lies not so much in the process, but rather the execution.

In plainer terms, he’s hooked up the leaf blower – which he claims as an air speed of up to 160 miles per hour – to the six pack of beer, utlilizing a Bane-style mask to ensure no drop is spilt.

You’ll be pleased to know this hair-brain scheme actually works when it comes to achieving its pre-determined function: the LA Beast is able to drink the six beers in less than the 40 second time limit, all without any spillage at all.

What do we think, beer drinkers?

Share this article if you think the LA Beast may have stumbled upon humanity’s next vital invention?