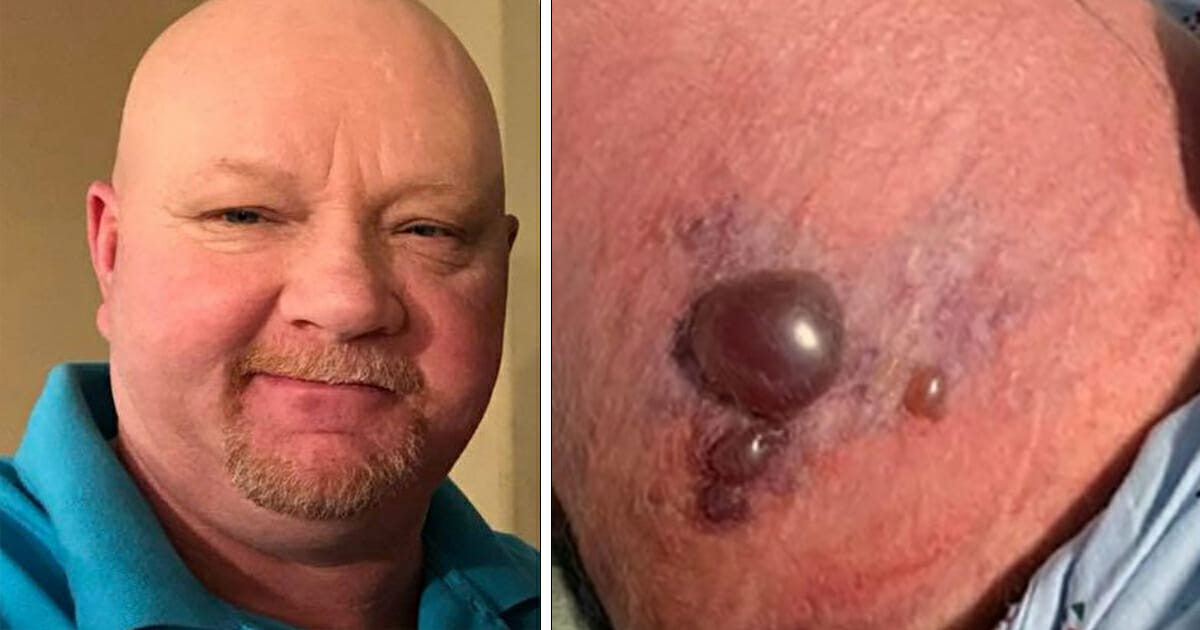 The world is a frightening and unpredictable place. Sadly, many of us know this already: our fortunes can turn on a dime and things you wouldn’t have thought possible can become reality sooner than you would believe.

A family is in shock and a man fighting for his life having contracted a flesh-eating bacteria while on a kayaking trip in Second Creek.

According to reports, Ricky Rutherford and his wife Cassey, both from Alabama, spent a day kayaking with their kids. When Ricky returned to work after the trip, however, his temperature reached 103 degrees and he was experiencing cramp in his legs.

Ricky believed it was merely a result of working in a warehouse when the weather was hot. It transpired to be something altogether more terrifying.

By the time he got home from work on the following day, Ricky discovered his leg was red and swollen. His wife Cassey explained in a Facebook post:

“When he undressed he found his leg was red and swollen. We immediately went to the ER last night and they told us it was cellulitis possibly contracted from our kayaking trip Saturday and treated him with IV antibiotics and sent him home with two more. They told him if there was any change to come back.”

I should have posted the whole story when asking for prayers because now my phone is blowing up. Thank you guys for…

Unfortunately, Ricky’s condition deteriorated further. He was rushed to hospital the following morning, where doctors ran tests for a strain of flesh-eating bacteria.

Surgery followed, wherein a five-by-six inch chunk of his leg was cleaned out and sent for tests. On Monday it was confirmed that Ricky had contracted necrotising fasciitis.

“My husband is fighting for his life right now because of this horrible thing,” Cassey continued. “What seemed like a normal fun activity that we enjoyed as a family has turned into a nightmare.

Ok guys sorry it’s been so long for an update but we have been waiting on one ourselves. They finally called in an…

As per the Centers for Disease Control and Prevention, the disease is thought have between 700 and 1,200 confirmed cases in the US since 2010.

Cassey wants to make people aware that, contrary to popular opinion, a victim doesn’t need to have any open wounds or sores.

Speaking to WAFF, she said: “There was nothing. But the doctors told us it could be a microscopic hole that it could come into and still spread like that. It’s hard to believe that there was a group of us and my husband, being the healthiest immune system there, got this.

“He’s never sick. He doesn’t even have a doctor. To know that he got that when the rest of us didn’t is insane.

“I don’t want anyone else to go through this. On Saturday, I was having to think about burying the love of my life. No one should ever have to go through that. Do not get in that water! It’s not safe. Don’t jeopardise your family for a day of fun. It’s right here in our backyard.”

We’re sending all our prayers and thoughts in Ricky’s direction, in the hope that he can pull through.